ONCE plans Macael to be the capital of marble

On Monday, 18th of January, ONCE will dedicate the draw to Macael marble. 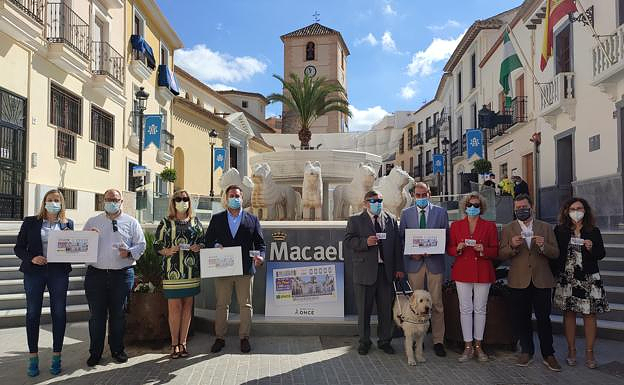 On Monday, 18th of January, ONCE will dedicate the draw to Macael marble. Maria Jesus Segovia (director of ONCE Almeria) presented the coupon's image to Raul Martinez, mayor of Macael and Jesus Posadas, president of the Association of Andalusian Marble Entrepreneurs.

Five and a quarter million coupons have as their theme a central image of the Fountain of the Lions of the Alhambra, located in Macael. The coupon has a perspective of the square. ONCE hopes to claim the Almeria city "as capital of Spanish marble" and to highlight "its potential and entrepreneurial character, as a key benchmark for the Andalusian sector", stated Alberto Morillas, director of ONCE in Granada. He also expressed confidence that ONCE's nationwide distribution through its coupon would "help strengthen Macael’s stonework in its race for UNESCO’s Intangible Heritage candidacy."

‹ ›
Keywords:
MacaelMarmolCapitalOnceProyecta
Your comment has been forwarded to the administrator for approval.×
Warning! Will constitute a criminal offense, illegal, threatening, offensive, insulting and swearing, derogatory, defamatory, vulgar, pornographic, indecent, personality rights, damaging or similar nature in the nature of all kinds of financial content, legal, criminal and administrative responsibility for the content of the sender member / members are belong.
Related News