On trial in New York, Spacey faces man who accuses him of sexual assault in 86

Five years after the surge</p>Rapp was then 14 years old, and an apprentice Broadway actor. 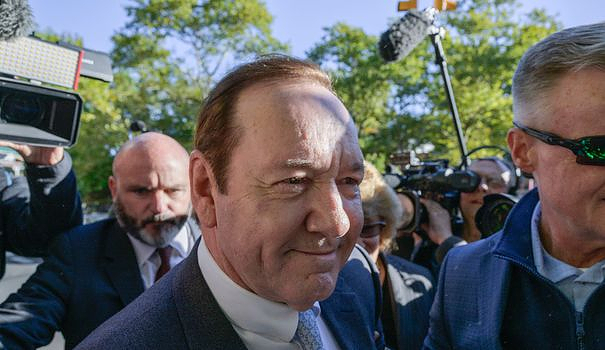 Five years after the surge

Rapp was then 14 years old, and an apprentice Broadway actor. Spacey is also a young theater actor, an almost unknown barely 27 years old.

Teenage Rapp and young Spacey meet backstage at a New York theater and the latter invites him a week later to dinner with friends at his Manhattan studio.

Once the guests have left the small party, Rapp remains seated on the edge of the bed, the TV on.

Kevin Spacey "approached me, with a somewhat hesitant gait, carried me like a groom carries his bride", testified Mr. Rapp, on the second day of the civil trial.

According to a deposition from Rapp last June, Spacey had "lifted him up" and "his hand (had) rubbed the garment covering his buttocks for a few seconds". Then, Spacey had "laid Rapp on the bed, on his back, before lying down fully clothed, briefly, next to and on top of" him.

On Friday, Anthony Rapp repeated that Kevin Spacey hugged him and felt "his groin" against his teenage body. "I felt like it was going on for a very long time, I felt paralyzed," said the 'Star Trek: Discovery' actor in a trembling voice, who had managed to "extricate himself" and leave the studio.

Anthony Rapp is seeking $40 million in damages from Kevin Spacey.

Rapp's attorney, Peter Saghir, on Thursday accused the "Usual Suspects" and "House of Cards" actor of "deliberately" seeking that evening in 1986 to "indulge his sexual desires."

But in this civil lawsuit -- criminal proceedings were dropped after Rapp's complaint in September 2020 -- the original "sexual assault" charge was dismissed by US federal justice.

The facts are considered statute-barred and outside the scope of a 2019 New York State child protection law, which may extend the statute of limitations.

Justice has retained the charge of "harming the physical integrity" of Anthony Rapp having caused "emotional distress".