On New Year's Eve, revelers in Hamburg attacked police officers or their vehicles in several cases. 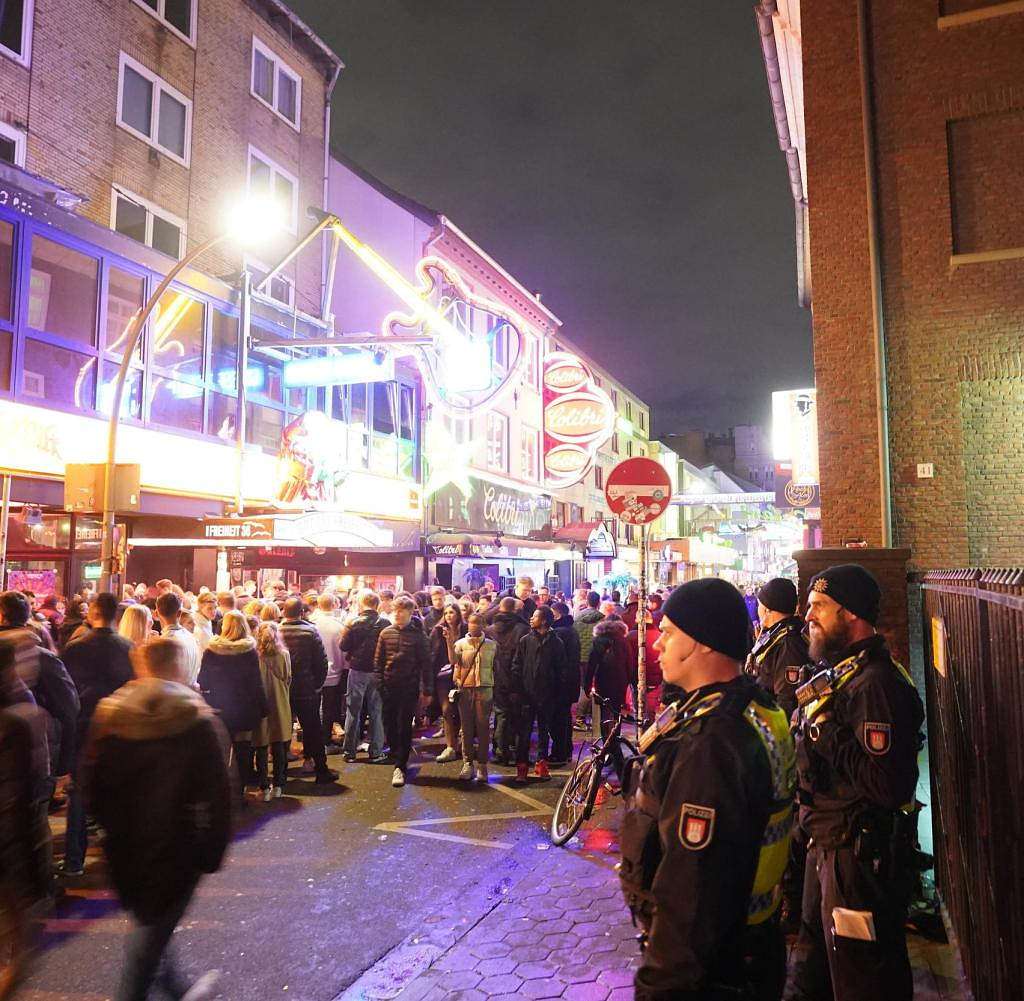 According to the police, 30 people threw fireworks at each other on the Harburger Ring in Harburg from 11 p.m. When the police intervened, officials were thrown at them, and the attackers threw bottles at them in addition to firecrackers. A 17- and a 23-year-old man were identified as throwers. The police arrested the 23-year-old for the time being and handed the 17-year-old over to a legal guardian after he was temporarily detained.

At 11:30 p.m. on the Reeperbahn, a 22-year-old man aimed a battery of pyrotechnic objects at a patrol car. The bullets hit the vehicle. The 22-year-old received a residence ban. Police officers who were driving in the emergency vehicle heard a loud bang around 12:20 a.m. on Schanzenstrasse. They found that there was a hole in a rear window of the car and the glass was shattered. It was said that the fireworks were being fired as the cause. At 12:40 a.m., a reveler shot firecrackers from the Landungsbrücken footbridge towards police vehicles located there. Officers took the perpetrator into custody.

Around 15 people were on the roof of the Federal Maritime and Hydrographic Agency on Bernhard-Nocht-Strasse in St. Pauli at around 12:20 a.m. One hit a police officer in the head. An ambulance took the 51-year-old officer to a hospital, where he received medical attention.

In the surrounding area, there were sometimes dramatic developments. This was the case in Elmshorn (Pinneberg district). There, a carport caught fire on New Year's Eve for reasons that are still unclear, which quickly spread and spread to a semi-detached house. A resident was rescued from the building by the fire brigade and taken to a clinic with life-threatening injuries, where he later died. According to the information, strong winds had favored the spread of the fire and made it difficult to fight in the densely built-up residential area. At the top, more than 130 firefighters were on duty, it said. "It was only in the morning that "fire under control, post-extinguishing work" could be reported."

Also in Elmshorn, an unknown person threatened a firefighter with a gun on New Year's Eve. The firefighter was busy extinguishing a burning garbage container when the stranger threatened him at around 0.40 a.m., as the Bad Segeberg police department announced on Sunday. As part of a subsequent manhunt, a patrol stopped a fleeing car belonging to an 18-year-old, and the officers found a pistol in the man's car. Whether the driver himself or one of his passengers used the pistol is part of the ongoing investigation.

New Year's Eve ended fatally for a 21-year-old man in an apartment in Neumünster. The reason: poisonous carbon monoxide from a smoldering grill. His 54-year-old mother was taken to the hospital with life-threatening injuries. According to initial findings, the two had grilled on the balcony and then taken the grill, which had apparently not yet been extinguished, into the apartment.

About 50 cattle, who were probably frightened by the New Year's Eve banging, broke out of their barn near Hagen near Cuxhaven and caused a traffic accident. According to police on Sunday, a 19-year-old man's car collided with three cattle on a country road, killing at least two of the animals. The driver was slightly injured. The resulting property damage is estimated at around 5000 euros.

The farmer was able to recapture part of the herd after they broke out on New Year's Eve. About ten animals initially disappeared and were only found again at daybreak.

‹ ›
Keywords:
PolizeiSilvesterFeuerwehrAngriffe Auf PolizistenHamburgLauterbachJörnCuxhavenHarburger RingSchanzenstraßeElmshornSilvesternachtKrimi
Your comment has been forwarded to the administrator for approval.×
Warning! Will constitute a criminal offense, illegal, threatening, offensive, insulting and swearing, derogatory, defamatory, vulgar, pornographic, indecent, personality rights, damaging or similar nature in the nature of all kinds of financial content, legal, criminal and administrative responsibility for the content of the sender member / members are belong.
Related News