Olympic Games 2024: the budget will inflate by 10%, inflation half responsible

From 4 billion euros, the budget of the organizing committee (Cojo) - entirely private - could therefore increase to 4. 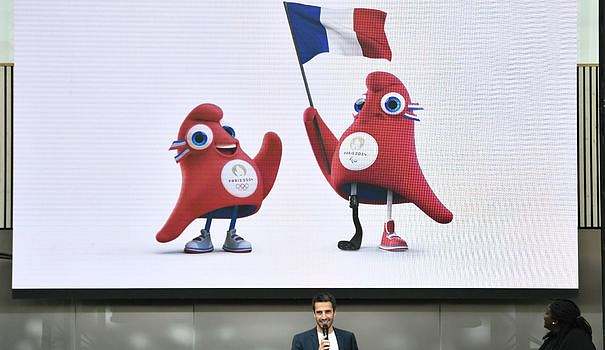 From 4 billion euros, the budget of the organizing committee (Cojo) - entirely private - could therefore increase to 4.4 billion euros at the end of the year. Of these additional 400 million euros, half is due to inflation. What the president of the Cojo Tony Estanguet describes as "controlled budget".

The other major operator of the Olympic Games, which is partially financed by public money (State and communities), is Solideo, the company delivering Olympic works, responsible for example for building the Olympic village. Its budget of 4.3 billion euros, including 1.870 billion of public money, was also affected by the wave of inflation born of the Russian invasion of Ukraine.

In total, at the end of the year, the overall bill for the Paris Olympics could therefore stand at 8.7 billion euros, against 6.8 billion projected in 2019.

Three weeks before the end of this budget revision, planned for a long time but which has taken on the appearance of a headache because of inflation, the Cojo says it has carried out "painstaking work", in particular alongside the International Olympic Committee (IOC).

At the end of August, during a visit to the IOC, the Minister of Sports and the Olympic Games Amélie Oudéa-Castéra had spoken of a "hunt for waste".

"They (the IOC) are perfectly aware that the sustainability of the Games is at stake (...)", explained the director general of the Cojo, Etienne Thobois, on Tuesday to the press. And this "painful work", going as far as the "number of torches" necessary "on the torch relay", will not "stop on December 12", the date of a board of directors which must present income and expenditure in equilibrium.

On the expenditure side, excluding inflation, the unprecedented opening ceremony on the Seine will cost more than a ceremony at the Stade de France. Asked whether the budget line devoted to security would increase, the Cojo replied "yes".

The contours of the ceremony are not yet fully set; they will condition the distribution of public and/or private forces and consequently the Cojo's security bill.

The line dedicated to cybersecurity, which is of the highest concern to state services, will also increase. Among the rising expenses, the Cojo also encountered "some subjects in terms of energy" or had to face "poorly anticipated costs" such as not having planned the cost of the reclassification leave to which its employees will be entitled.

To compensate for the increase in expenditure, it is necessary to find additional revenue.

The Games have three main sources of funding: a contribution paid by the IOC, ticketing revenue and sponsors.

There will be "additional ticketing revenue", announced the Cojo.

On the sponsor side, the Cojo indicated that it had reached its target of 80% of the 1.1 billion euros it had set for the end of 2022, thanks in particular to the signing of secondary sponsors who were not yet revealed.

But he will also have to draw on his contingency reserve (315 million euros). He did not specify how high, except that he wants to "keep it at a significant level" and not siphon everything off 20 months before the Olympics.

Another novelty, the State, according to the chief of staff of the Minister of Sports and the Olympic Games, "is looking at avenues", "in terms of general interest and privileged policies" which could lead it to bear the costs but nothing is decided yet.

Last week, Amélie Oudéa-Castéra, assured that there would be "no slippage in the large widths" of the budget for the Paris 2024 Olympics.