The 24% increase in water rates that the PP government team approved has been opposed by the Olula del Rida Municipal Socialist Group. 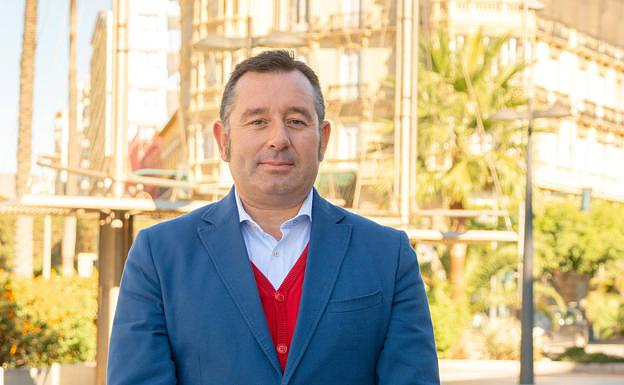 The 24% increase in water rates that the PP government team approved has been opposed by the Olula del Rida Municipal Socialist Group. They consider it "abusive." The PSOE spokesperson stated that this increase would "put in check many families in the town who already struggle to make ends meet and also many businesses, shops, and hotels which cannot pay the bills." Diego Castano.

According to the Socialists, a household with four members will pay on average 70 euros each month after the PP increase. This would mean that it will need to pay nearly 90 euros for the 24% increase. He also stressed that this increase comes at a "very sensitive time for family economys due to the current world energy crisis."

The socialist spokesman reminded the PP that he had been "promising a dip in water" since 2011, when "the contrary" happened. "11 years ago, the payment was made quarterly. Now, each payment is made every two weeks and, in addition to that, the receipts have quadrupled," stressed Diego Castano, who once more lamented the "promises” of the popular government team, when "we have Almeria's most expensive water."

"We still have 16 year of abusive annual rises left, and all that with infrastructures that exceed 50 years in almost half of the town," Olula del Ros spokesperson lamented, claiming that signing a renewal contract with Gestagua for 20 years is "abusive for subscribers", making the municipality "water up its neck for its poor management of this valuable asset." Diego Castano gave examples of how the service is managed in neighboring municipalities and said that it is efficient and the bills are cheaper for families.

"The extraordinary bills that come for water to this town hall, some up to 95,000 euro, and the bimonthly receipts of each person make this management totally deficient in the interests of our citizens," the socialist leader reproached. He recalled that the infrastructures for water are over 50 years old, and are "in 40%" of Olula del Rio. They have suffered water leakages of 42% because of these poor infrastructures, which are part of the I receive and all citizens pay.

He said, "The incidents in our supply network are precisely due to its poor condition." He also insisted that he had transferred the fact that water pressure is not reaching the second floor of some homes.

Diego Castano, on the other hand, has pointed out the process of depopulation Olula del Ro is facing. According to the census 700 people have died since 2020. He has suggested the launch of a registration campaign to combat this loss.

‹ ›
Keywords:
PSOEOlulaOponeAbusivaSubidaAgua
Your comment has been forwarded to the administrator for approval.×
Warning! Will constitute a criminal offense, illegal, threatening, offensive, insulting and swearing, derogatory, defamatory, vulgar, pornographic, indecent, personality rights, damaging or similar nature in the nature of all kinds of financial content, legal, criminal and administrative responsibility for the content of the sender member / members are belong.
Related News