October 2022 was the hottest October measured in France

October was much warmer this year than October 2001, which held the previous record with an average temperature of 16. 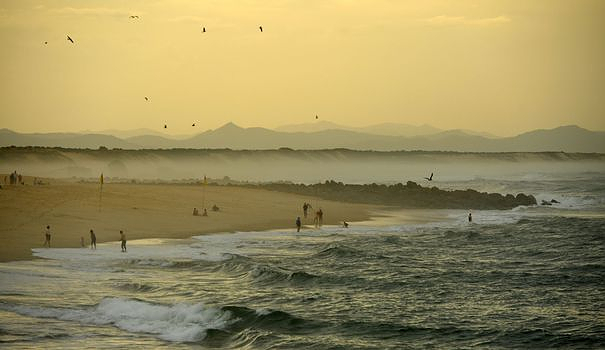 October was much warmer this year than October 2001, which held the previous record with an average temperature of 16.3°C and 2.6°C higher than normal, the public institution said. October 2020 and 2021, on the other hand, had been slightly cooler.

This is the ninth consecutive month with a "positive anomaly", that is to say temperatures above average, noted Météo-France on Tuesday.

Temperatures were particularly high for the season over a vast strip oriented from the southwest to the northeast from the Basque Country to Alsace, encompassing the interior of Aquitaine, Midi-Pyrénées, Limousin, Auvergne, the Lyonnais and a good part of Burgundy, according to a map distributed by the establishment.

In question, according to Météo-France: an "unprecedented late heat episode" which settled in the country and lasted particularly long, with "tropical nights" (temperatures not falling below 20 degrees) in the south of the countries, which have delighted lovers of dining on the terrace... and mosquitoes.

"Normally from mid-October the temperatures start to drop and there, it's the opposite", had recently explained to AFP Christine Berne, climatologist at Météo-France.

Bordeaux recorded, on October 16, the latest 30°C in the history of the city.

"This year, we are clearly in an uproar. With the exception of a small period in September, we have been witnessing particularly hot months non-stop since April. We have the impression that the atmosphere has more and more struggling to cool down,” noted Ms. Berne.

The cause ? A situational phenomenon, a surge of warm air from Africa, coupled with the effects of climate change. This becomes "visible", according to Météo-France.

“Without global warming” caused by greenhouse gases emitted by humans, “we would not have such hot temperatures, with climate disruption contributing to more frequent and intense extreme events, becoming earlier and later,” she said.

As for precipitation, it was less frequent than usual over most of the territory in October, with an average total of 58 mm over the month, a deficit of 37% compared to normal.

This figure is unequal depending on the region, since the accumulations of precipitation are rather excess of 10 to 40% from the Center-Val-de-Loire to Champagne and from the north of Lorraine to Savoie, while the deficit exceeds 70%. from Aquitaine to Occitania, to the PACA region and Corsica, according to Météo-France.

Consequence, according to the public establishment: the soils return to "a normal state" for this period of the year in the regions of Burgundy-Franche-Comté, Brittany, Center-Val-de-Loire, Grand-Est and Ile-de- France, and they are "slightly drier than normal" in Auvergne-Rhône-Alpes and Normandy.

On the other hand, "since the beginning of October, there has been a drying of the soil in New Aquitaine and Occitania corresponding to a state usually observed in the middle of summer".

In Occitania, this is the driest situation encountered at this time of year since 1958, Météo-France tip.

In a bulletin published Thursday, the establishment indicates as "the most probable scenario", for the quarter going from November to January, "the predominance of anticyclonic conditions, with calm and dry weather, on the European continent", with 50% chance of having temperatures in line with seasonal norms and 30% chance of being warmer.