On Friday, the ambulance boat of the NGO SOS Méditerranée operating off the coast of Libya landed survivors in France, a first. 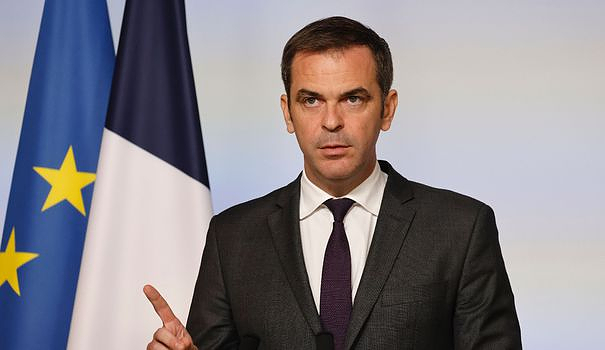 On Friday, the ambulance boat of the NGO SOS Méditerranée operating off the coast of Libya landed survivors in France, a first. An exceptional welcome, by "duty of humanity", according to the Minister of the Interior Gérald Darmanin.

Mr. Véran criticized again on Sunday on BFMTV Italy's refusal to welcome him, "a unilateral decision, unacceptable (...) inefficient and unfair on the part of the current Italian government, which calls for European responses ".

"The first response was humanitarian, it's done" since the boat docked in Toulon on Friday, he continued.

And "the second answer is to recall the obligations" of Italy, "and if it refused, to consider any useful measure".

"The time, and we have done it, is for France to ask Europe to decide very quickly on the follow-up to be given", added Mr. Véran, while "Italy is discarding its responsibility on its neighbors and its French friends".

"We must rediscover the meaning of this European cooperation and move forward," insisted the government spokesperson.

Thursday when announcing the decision to let the Ocean Viking dock, Mr. Darmanin had indicated that in retaliation, France had decided to suspend "with immediate effect" the planned reception of 3,500 migrants currently in Italy. Some 500 of them were to arrive by the end of the year, said Mr. Véran.

The head of the far-right Italian government Giorgia Meloni had denounced a French reaction "aggressive, incomprehensible and unjustified".

Asked about the difference in treatment compared to the Aquarius, a former SOS Méditerranée ship which ended up docking in Spain four years ago, Mr. Véran stressed that since then, "we have had this agreement on the distribution of migrants" and "every European country is committed".

Two thirds of the Ocean Viking migrants will leave France to be relocated to eleven countries.