Spain has designed an ambitious strategy to reduce the use of raw materials and the waste generated. 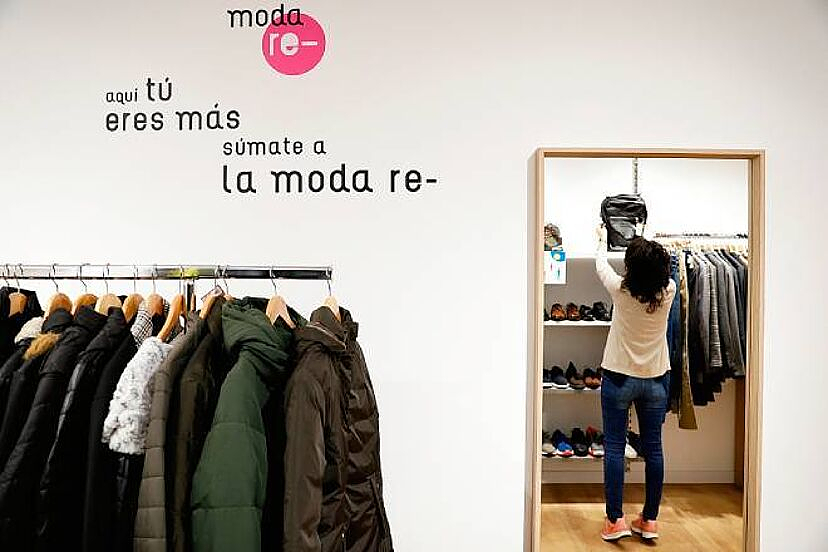 Spain has designed an ambitious strategy to reduce the use of raw materials and the waste generated. This involves administrations and the entire business fabric

Make, take and discard. This has been the basic scheme on which the linear economic model followed by the West has been based. But time has shown that it doesn't work, not even in the short term. This, added to everything that has happened recently, has made even the great powers that have exploited this system of mass production and consumption turn their policies around and bet on circularity and the use of resources.

Governments and international organizations are clear, at least on paper, that this decade is key to promoting care for the planet through legislation. And it is that 2030 has been set as the first key date (2050 will be the next) to achieve the goals set. That year, the UN hopes that the 17 Sustainable Development Goals (SDGs) agreed in 2015 will have been met. And it will also be the moment in which the EU estimates that its Circular Economy Action Plan will begin to show its first fruits, adding an additional 0.5% to the community GDP and creating 700,000 new jobs.

In line with these two major international initiatives, Spain also has its own strategy: Spain Circular 2030. This roadmap has been accompanied by various action plans that set objectives for each three-year period of this decade and pursue a single goal: reach 2030 with homework done.

“The main reason why the strategy was separated from the action plans was that it is not something that only involves the central government. The idea is that it be a strategy that is launched through public-private cooperation and also has the collaboration of the rest of the administrations and companies", explains José Ignacio Cases, president and partner of Novadays, a consultancy that collaborated in the creation of the aforementioned Spanish strategy.

This collaboration between public and private organizations is precisely one of the key elements of the strategy set by the Government. But it also implies, as Cases points out, a "deep transformation" of the path followed so far, which requires joint work by administrations, companies and other social organisations.

Thus, for each objective set there is a specific axis of action that has its own economic item. In addition, the strategy was created before the approval of the Recovery, Transformation and Resilience Plan, so the aid established in the PERTE for Circular Economy, which reaches 492 million euros, will have to be added to the initial budget, as well as the other 1,200 million euros of investment that it aspires to mobilize between now and 2026.

“Among the main objectives are to reduce the consumption of raw materials by 30% and the generation of waste by 15%, increase the reuse of municipal waste to 10%, improve the efficiency of water or reduce the emission of greenhouse gases", adds Cases.

The Spain Circular 2030 strategy, accompanied by the respective plans designed by each autonomous community and the measures adopted by the business fabric, will not only have palpable consequences at an environmental level, but also economically. From the Ministry of Ecological Transition and Demographic Challenge they estimate that by the end of the decade around 70,000 jobs related to the circular economy will have been created (10% of all those planned for the EU as a whole). And both in the generation of employment and in the bulk of the strategy, recycling will be one of the fundamental pillars.

"The role of recycling is so important that without the work carried out by the recovery sector today we could not even dream of this circular model, based on the maximum use of the scarce natural resources available," emphasizes Ion Olaeta, president of the Spanish Federation Recovery and Recycling (FER). And he adds: "We are at a key moment to decide whether Spain will lead this new economy or we will place ourselves in the back car, with the implications and consequences that this could have."

Olaeta also points to the public as a key player in the management of an effective recycling system. But for the population as a whole to contribute their grain of sand and their work to be relevant, they need to have the necessary means within their reach, something that does not always happen. According to a survey carried out by the environmental education program Every can counts, 72% of Spaniards consider that it is difficult to find containers on the streets and 58% are in favor of launching initiatives to increase recycling rates.

This last figure reflects that the level of awareness of citizens is increasing, something that in turn corroborates other statistics. The Catchment Institute carried out a study for Ecoembes that was published on May 17, World Recycling Day. According to the data obtained, 82.9% of the Spaniards surveyed declare that they have, on average, three buckets, bags or spaces at home to recycle. This figure contrasts with that recorded in 2015, when only 72.5% of Spaniards separated their waste.

The same study indicates that each citizen deposited an average of 18.8 kilos of waste in the yellow plastic containers and 19.3 kilos of paper and cardboard in the blue ones. As for glass, the selective collection of containers grew by 5% and is already at pre-pandemic levels, according to data from Ecovidrio. This means that each citizen deposited 19 kilos on average in the green containers.

Glass is one of the cases that best represents what recycling means for circularity. Not in vain, it is a key material to advance in terms of decarbonization. "The use of recycled glass already represents a saving of 53% of CO2 emissions associated with the manufacturing processes of new containers," explains Beatriz Egido, Director of Communication and Corporate Social Responsibility at Ecovidrio.

In addition, he adds, "taking into account the increase in energy prices, it is necessary to remember that the use of calcine (small pieces of recycled glass) by glass furnaces requires a lower melting temperature and saves 38% of energy throughout the process.

The discordant note, on the other hand, is set by the textile industry. Fashion is one of the sectors that produces the most in relation to final consumption, and yet garment recycling management still has many gaps. A study published just a year ago by Moda re-, a textile initiative of Cáritas Spain dedicated to the comprehensive management of used clothing, indicates that, of the 890,244 tons of textile waste generated in Spain, only 108,296 are collected selectively for reuse. To this we must add that only 1% are recycled in a closed cycle and return to the same or a similar use.

Another possibility offered by the recovery of waste is its transformation into energy. Everything that cannot be used in recycling plants to create new materials, known as rejects, is used by companies such as Urbaser (an international environmental management company) to generate energy in the form of electricity or heat: the former is delivered to the electricity grid, while the heat is used for home heating systems. And similar is the process carried out with the sludge generated in wastewater treatment plants.

"Although it depends on the type of waste, it can be estimated that around 1,400 kilos of household waste are needed to generate one megawatt-hour of electricity," they explain from Urbaser.

The transformation of waste into energy is especially relevant in a context like the current one. It is true, as Urbaser argues, that "energy valorisation alone cannot solve the current energy price crisis", derived from external dependence, but it can be part of the solution. “We have the waste and the clean technology to convert it into energy and we can take advantage of it. In countries such as Sweden, Denmark or the Netherlands, practically no ton of household waste that could have been recovered for energy is landfilled.

In this same line, the efforts in terms of circularity of other large companies are also pointed out. Naturgy, for example, is the first Spanish company to inject the renewable gas (biomethane and hydrogen) obtained from the waste into the distribution network. The initiative is called Proyecto Elena in honor of the landfill from which it is obtained. It is estimated that the Naturgy plant, located in Cerdanyola del Vallès (Barcelona), produces around 12 gigawatts per year, which is equivalent to the consumption of around 3,200 homes.

Another energy company like Engie is also working on introducing circularity in its own production processes, in addition to making it easier for other companies to do the same. This company is committed to the energy recovery of its industrial processes, promotes renewable gases and promotes the use of biomass.

This emission-neutral energy source is used to produce biomethane, a very useful gas for the industries that are most difficult to electrify. In addition, the company advocates local production in sustainable forestry operations, so that its favorable environmental impact must also be added to the creation of employment and wealth in the agricultural environment. In Spain, Engie has already introduced heat networks powered by this fuel in cities such as Barcelona, ​​Palencia or Pamplona.

‹ ›
Keywords:
EspecialesmedioambienteMedio AmbienteMedioambienteMedio Ambiente DesechosEspañaMetaNaturgyBarcelonaPalenciaCataluñaPamplonaDinamarcaSueciaPIBONUEstrategiaPoderReciclajeMundoERTE
Your comment has been forwarded to the administrator for approval.×
Warning! Will constitute a criminal offense, illegal, threatening, offensive, insulting and swearing, derogatory, defamatory, vulgar, pornographic, indecent, personality rights, damaging or similar nature in the nature of all kinds of financial content, legal, criminal and administrative responsibility for the content of the sender member / members are belong.
Related News