Numerous flight cancellations in Cologne and Düsseldorf due to pilot strikes

Numerous Eurowings flights were canceled at Düsseldorf and Cologne/Bonn airports on Thursday morning (October 6) due to a pilot strike. 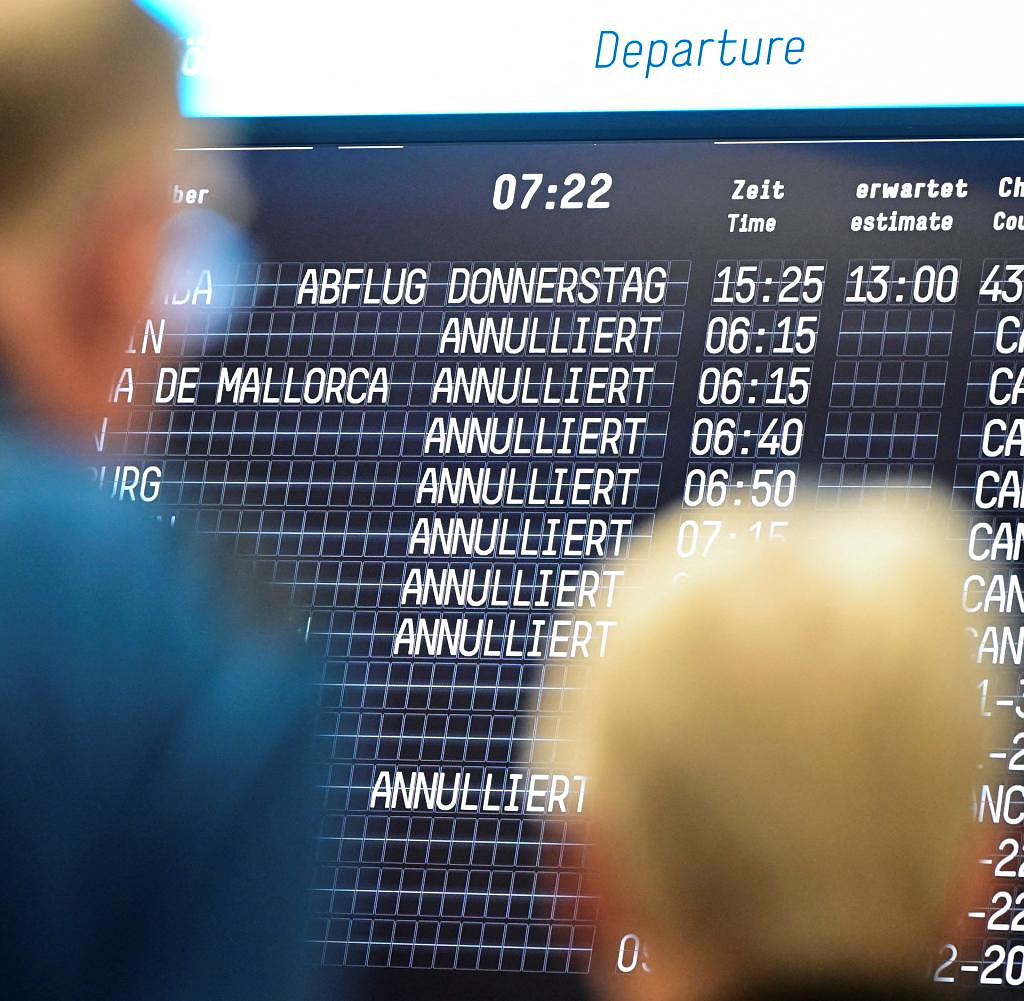 The company's flights also departed from both airports. Passengers were well informed. The situation at the airport is very calm, said a spokeswoman in Düsseldorf. Despite the strike, Eurowings wants to carry out half of the flight program. On average, Eurowings offers around 500 flights a day, transporting 50,000 to 70,000 passengers to destinations in Germany and Europe.

The union Vereinigung Cockpit called for a day-long walkout at the Lufthansa subsidiary after negotiations on a collective agreement had failed. The union is in the conflict about better working conditions. A central requirement is the relief of employees, for example by reducing the maximum flight duty times. Eurowings criticizes the strike as disproportionate and irresponsible.

According to earlier information from the airport, 118 flights are likely to be canceled on Thursday in Düsseldorf alone, Eurowings' largest location. Another 60 are to take place. In Cologne/Bonn, 61 of the planned 90 flights were canceled. On average, Eurowings operates around 500 flights a day, transporting 50,000 to 70,000 passengers to destinations in Germany and Europe.

‹ ›
Keywords:
TexttospeechNordrheinWestfalenEurowingsLufthansaKölnDüsseldorfMünchenBonnVereinigung CockpitEuropaReisePalma De MallorcaEurowingsPilotZürichHamburgWienLondonEurowingsFlugAthen
Your comment has been forwarded to the administrator for approval.×
Warning! Will constitute a criminal offense, illegal, threatening, offensive, insulting and swearing, derogatory, defamatory, vulgar, pornographic, indecent, personality rights, damaging or similar nature in the nature of all kinds of financial content, legal, criminal and administrative responsibility for the content of the sender member / members are belong.
Related News