Numbers, letters, and a duel in sight with France Télé

Bertrand Renard and Arielle Boulin-Prat, the Mr figures and the Mrs letters of the game, for 47 years and 36 years respectively, denounced on Monday the "forced and forced" nature of their departure, in response to the "angelic declarations" of a director of France Televisions. 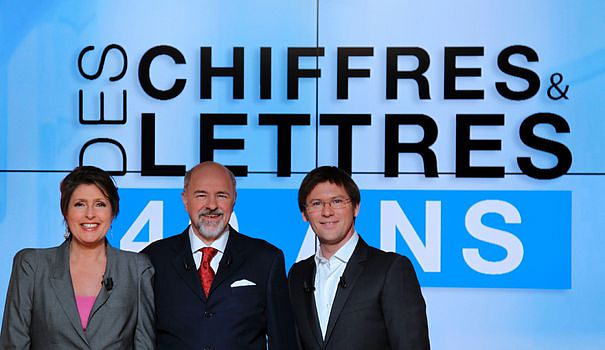 Bertrand Renard and Arielle Boulin-Prat, the Mr figures and the Mrs letters of the game, for 47 years and 36 years respectively, denounced on Monday the "forced and forced" nature of their departure, in response to the "angelic declarations" of a director of France Televisions.

“We did not agree and we regret it”, explained Friday to the Parisian the director of the unit of games, varieties and entertainment of the public group, Alexandra Redde-Amiel.

The reality is "less candy pink", assure the acolytes of Laurent Romejko. The latter is required to keep the position he has held for 30 years in the game with exceptional longevity (half a century on the clock) which will be broadcast only on weekends from the start of the school year.

France Télévisions "demanded a drop in our salary of around 60% and refused to grant us the CDI that we had the audacity to claim", indignantly the two referees in a press release.

“You read correctly, we have been on fixed-term contracts for 36 years for Arielle, and 47 years for Bertrand …”, continues the duo, referring to a “hardly refused” regularization.

Something to shock many commentators on social networks, like the former communist presidential candidate Fabien Roussel, who gave them his "full support". "Amazing! And they are blamed for asking for a CDI...", he tweeted.

What also justifies "very quickly" a procedure at the prud'hommes unless the two parties reach an agreement "in extremis", told AFP their lawyer, Me Juliette Mascart.

“The use” of so-called fixed-term contracts “is authorized and practiced by the entire profession”, recalls for its part France Télé in a press release sent to AFP on Tuesday, because “the renewal of a program in a grid is re-examined each year".

"Madame Boulin-Prat and Mr. Renard worked approximately 35 to 40 days a year, grouped into 6 to 8 sessions. They therefore did not collaborate under the conditions of a full-time permanent contract", continues the public group. And an “increase” in their cachet” was offered to them to “compensate for a significant part of the drop in the number of emissions”.

"From the moment an employee accumulates employment contracts over several years (...) he is part of the company", pleads for AFP Eric Vial, FO manager in charge of collective agreements in the audiovisual sector.

Wishing "to put an end to the fantasy of the pile of gold on which" his clients "would be seated", Me Mascart specifies that they earned a fixed remuneration of "240 euros per issue".

For Céline Santran, 48, a fan of the game, "the earthquake" comes mainly from the "passage from daily life to weekends" and a possible eventual disappearance of the show.

This English teacher created last year a club "Numbers and Letters" (DCDL) near Bordeaux, as there are a hundred in France.

"Obviously a little sad" of the departure of the two animators, she is nevertheless delighted that a crack of the game, Stéphane Crosnier, succeeds Bertrand Renard (himself a former candidate), according to information from Télé Loisirs not confirmed by France Télé.

“Angry”, the president of the DCDL club in Strasbourg, Christophe Sauty, 48, says he is happy to “no longer pay the fee”, recently abolished by the executive.