Nuclear: the European Union and the United States examine the Iranian response

These negotiations between Iran and the great powers launched in April 2021 in Vienna, aim to resurrect an international agreement of 2015, known by its English acronym JCPOA, which guarantees the civilian nature of Iran's nuclear program, accused despite its denials to seek to acquire atomic weapons. 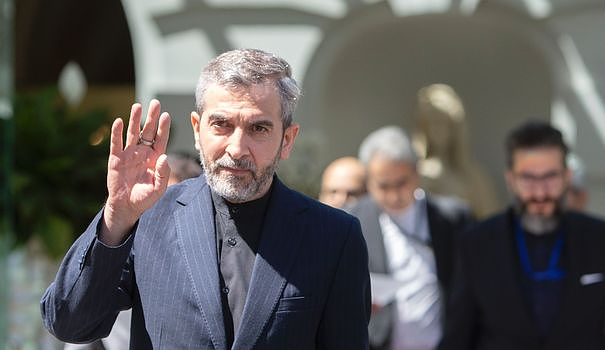 These negotiations between Iran and the great powers launched in April 2021 in Vienna, aim to resurrect an international agreement of 2015, known by its English acronym JCPOA, which guarantees the civilian nature of Iran's nuclear program, accused despite its denials to seek to acquire atomic weapons.

The "final text" proposed by the EU allows the return of the United States to the agreement, from which it withdrew unilaterally in 2018, and the lifting of American sanctions imposed on Iran, provided that this country respects commitments and ceases to exceed prescribed limits on enrichment and other sensitive nuclear activities.

"We received the Iranian response yesterday (Monday) evening. We are studying it and consulting with other JCPOA participants and the United States on the way forward," a spokesman for Josep Borrell told AFP. head of European diplomacy and facilitator of the indirect negotiations in Vienna between Iran and the United States.

Iran, which has "submitted its written response" to the EU, considers an agreement possible "if the United States reacts with realism and flexibility", according to the official Irna agency.

A State Department spokesperson confirmed on Tuesday that the United States "had received Iranian comments through the EU and was considering them."

According to the Iranian agency Isna, Tehran "expects to receive the response from the other party within the next two days".

But in Brussels, asked about the time needed to examine the Iranian "response", a spokeswoman for Mr Borrell, Nabila Massrali, said during a press briefing: "at this stage, everyone is examining the response (Iranian) and now is not the time to speculate on a timeline."

Mr Borrell "is in regular contact with all the participants (in the negotiations), including the United States", she added, stressing that the EU did not intend "to share the details of the ongoing process or on the positions of the participants".

Concluded between Iran on the one hand and the United States, Great Britain, China, France, Germany and Russia on the other, the JCPOA was torpedoed in 2018 by the withdrawal of the United States. United under Donald Trump and the reinstatement of US sanctions that are suffocating the Iranian economy.

In response, Iran gradually freed itself from its obligations.

After chaotic negotiations, suspended twice, the EU announced on August 8 a non-negotiable "final text". During the talks in Vienna, the EU played the intermediary between Washington and Tehran, which have not had diplomatic relations since 1980.

According to Irna, "the differences concern three points. The United States has verbally expressed its flexibility on two (not specified, editor's note) but this should be included in the text. The third concerns the guarantee of a lasting agreement" demanded by Iran to ensure that the United States does not withdraw from the JCPOA again.

The Iranian demand for removal from the US blacklist of the Revolutionary Guards, Iran's ideological army, is no longer on the agenda, according to a European official. But on the other hand, there remain the lasting guarantees of the agreement demanded by Tehran and the Iranian request that the International Atomic Energy Agency (IAEA) close the question of undeclared sites in Iran, where traces of enriched uranium had been found.

For Mohammad Marandi, an adviser to the Iranian negotiating team, "the outstanding issues are not difficult to resolve. They are linked to Iran's fears because of past violations by the United States and the EU" .

"I can't say that we will reach an agreement but we are closer than before," he added on Twitter.

On Monday, the State Department declined to say whether the United States was ready to approve the EU plan, refraining from commenting on the possibility of a lifting of American sanctions in the event of a green light. Iranian to the European compromise.

He again passed the ball back to Iran. "The only way to achieve a mutual return to the JCPOA...is for Iran to drop its unacceptable demands that go far beyond the deal."