Four and a half months after the black-green government took office in North Rhine-Westphalia, the Greens want to set out their climate policy goals at a small party conference. 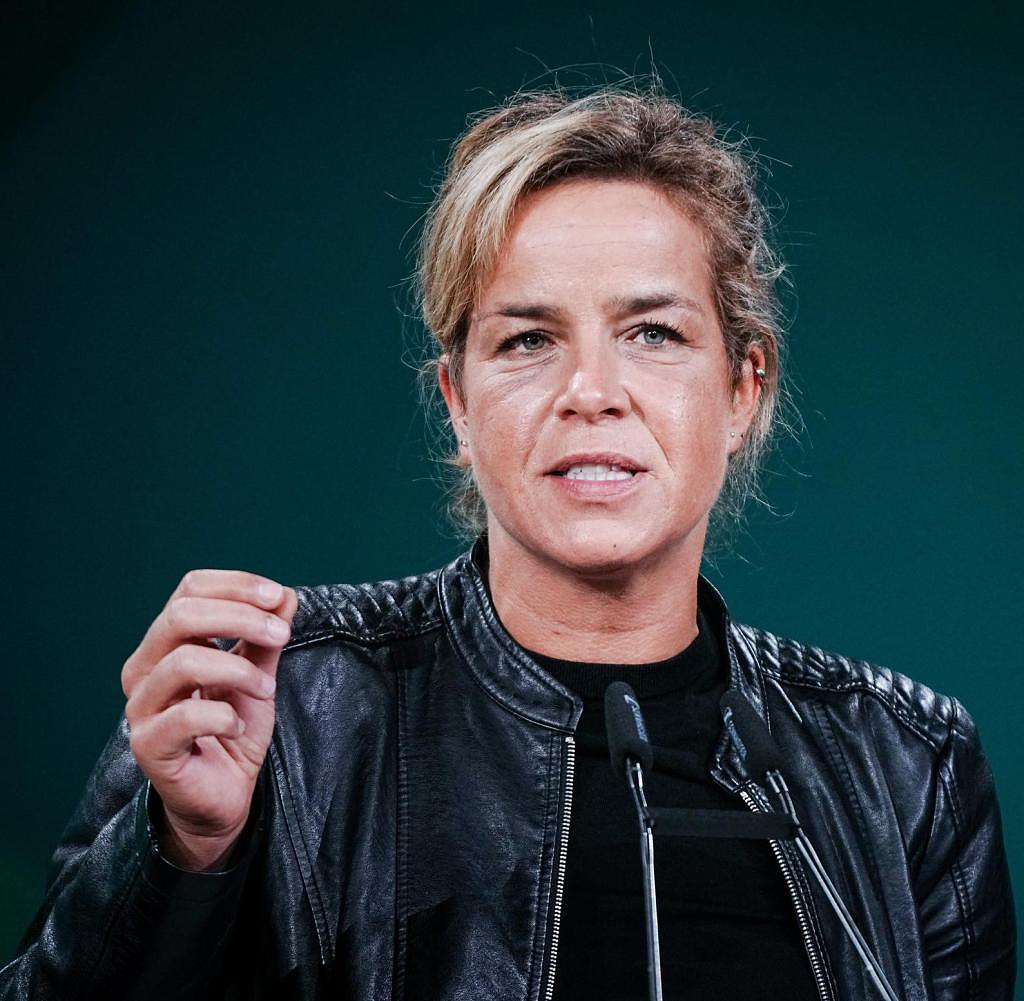 Four and a half months after the black-green government took office in North Rhine-Westphalia, the Greens want to set out their climate policy goals at a small party conference. Around 110 delegates will meet on Sunday for a so-called state party council in Siegburg. It is the first major party meeting of the NRW Greens since the government was formed with the CDU at the end of June. The delegates want to discuss the effects of the energy crisis in NRW triggered by Russia's war of aggression against Ukraine.

In the draft for the leading motion of the party executive, the Greens commit to their goal set in the coalition agreement of making NRW the first climate-neutral industrial region in Europe. In the first four months of her government, for example, more areas were opened up for solar energy and the key points for a new state development plan (LEP) were presented, which paved the way for lifting the 1500 meter distance rule between wind turbines and housing estates.

The NRW Greens also want to invest funds for municipal climate protection and start a "heat pump offensive" for the use of this heating technology, in which environmental heat from the ground, groundwater or the air is used. 1000 additional wind turbines are to be built in NRW over the next five years.

The crux of the matter, especially for the Green Youth, is the recent political agreement between the green-led economics ministries in the federal government and North Rhine-Westphalia and the energy company RWE. Accordingly, two lignite-fired power plants are to run longer until 2024, but the coal phase-out in the Rhenish mining area is to be brought forward by eight years to 2030. The agreement, which NRW Economics Minister Mona Neubaur also supported, also stipulates that the Lützerath settlement, inhabited by climate activists, must give way to the lignite excavators.

"As a party, we support this pragmatic decision in favor of a secure energy supply today, without forgetting our visions for tomorrow," says the leading motion. "We are aware that this necessity is disappointing for some and difficult to bear," admits the party executive. The Green Youth has submitted several amendments, but they do not shake the agreements on the coal phase-out. Climate activists have announced another demonstration in Lützerath for Saturday.

‹ ›
Keywords:
NordrheinWestfalenNeubaurMonaBündnis 90Die GrünenTexttospeechNRWLützerathSiegburgUkraineCDURusslandGrüne JugendHörsaalParteitagEnergiekriseKrimi
Your comment has been forwarded to the administrator for approval.×
Warning! Will constitute a criminal offense, illegal, threatening, offensive, insulting and swearing, derogatory, defamatory, vulgar, pornographic, indecent, personality rights, damaging or similar nature in the nature of all kinds of financial content, legal, criminal and administrative responsibility for the content of the sender member / members are belong.
Related News