At a good 5000 meters, the rocky desert turns into the last remaining ice glaciers on Kilimanjaro. 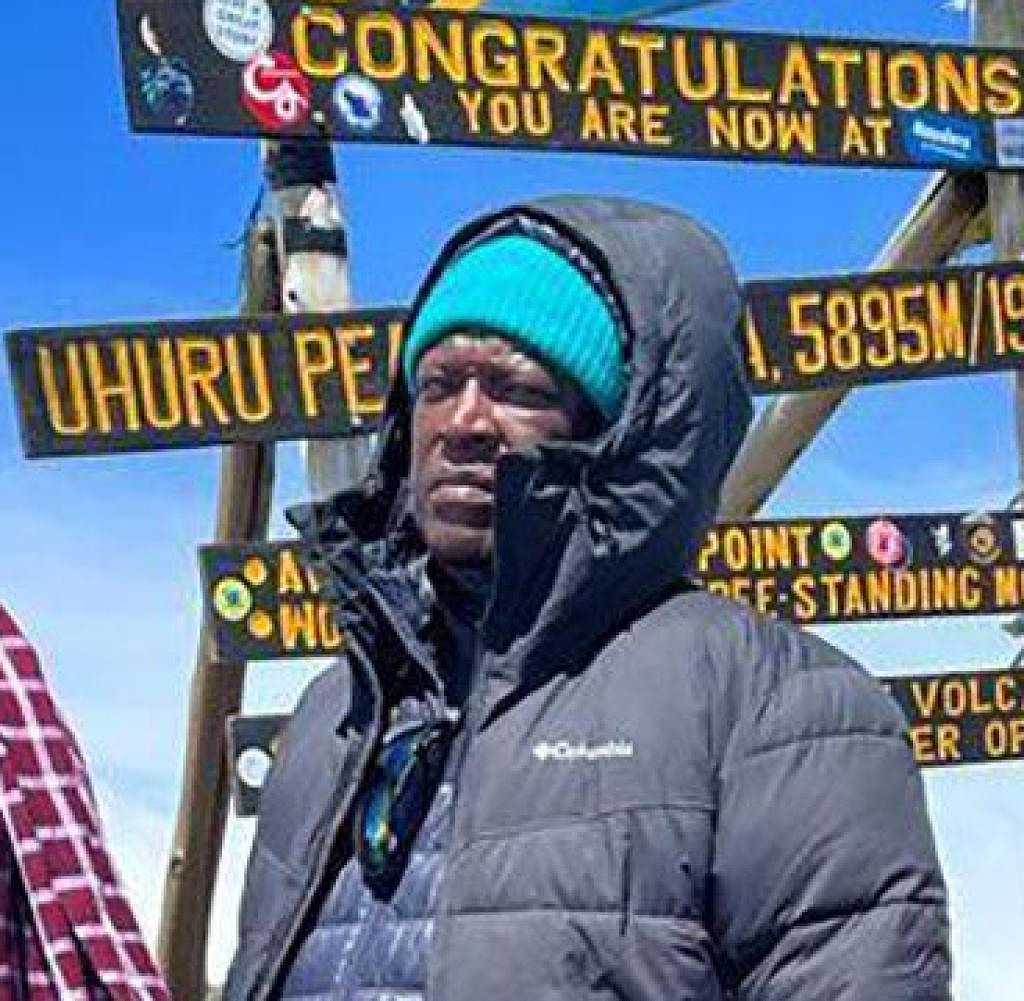 At a good 5000 meters, the rocky desert turns into the last remaining ice glaciers on Kilimanjaro. Nowhere in Africa can you get higher than the 5895 meter high Uhuru peak, the highest point of the Kilimanjaro massif. And while the air is getting thinner and thinner for mountaineers on the way to the summit, the "Roof of Africa" ​​now provides its visitors with high-speed Internet at almost 6,000 meters.

After the corona pandemic, the government of Tanzania launched a major campaign to bring tourists back to the country. Even the most remote tourist regions of the country should get internet. According to Peter Ulanga, managing director of the telecommunications company TTCL, which is responsible for the Internet expansion, security is the top priority on Kilimanjaro.

But there is more to it: "Now you can call your family from the summit and tell them that you've made it all the way to the top," says Ulanga, who, together with Tanzania's Minister of Information Nape Nnauye, was one of the first to use the internet at the summit used.

On December 13, after several days of climbing, a group had reached the summit to officially inaugurate the internet connection. This was overshadowed by a tragic death. A Tanzanian journalist apparently died in an accident on the way back, colleagues reported. Details of the death of the 45-year-old were not initially available.

In any case, there should be many pictures of proud tourists on the “roof of Africa” in social networks in the future, which will then attract more visitors to the mountain. A risky plan, as the view of the Alps shows.

A phenomenon has developed there in recent years that could be described as social media alpinism. Selected places become real tourist hotspots - such as the Gumpe above the Königssee in the Bavarian National Park Berchtesgaden. The natural overflow pool pours into the valley on the lake side in a waterfall. For years, the crowds jostled for an Instagram picture in the natural infinity pool.

"The audience at the Gumpe are not mountaineers, but mostly young people from outside the Berchtesgaden valley basin," says Carolin Scheiter, spokeswoman for the Berchtesgaden National Park Administration. They are only interested in taking "this one photo" and then leaving again immediately.

The pool is now closed because accidents kept happening. Three years ago, two young men died while bathing. During the pandemic, the number of visitors continued to increase – up to 400 on nice days. "One has to add that the Gumpe is far away from the official network of paths in the steep mountain forest and can only be reached via unsignposted trails," says Scheiter.

In the Austrian Zillertal you can have your picture taken on the Kebema Bridge not far from the Olpererhütte. Although the suspension bridge only connects two ledges a few meters high, photographed at the right angle, the bridge hovers over the hundreds of meters deep gorges of the Zillertal.

It is less dangerous than the Gumpe, but it is the same that nature suffers from the influx of tourists. Illegal camping, campfires, the use of camera drones, garbage and noise - in the Berchtesgaden National Park, violations increased sharply, especially during the pandemic, said Scheiter.

Nature conservation also plays a crucial role on Kilimanjaro. The mountain massif is a natural world heritage site, but the ecosystem has long been under severe pressure. Climate scientists expect that the glaciers of the summit will have completely melted in a few years.

In recent months, there have also been severe forest fires that have devastated 3,400 hectares of the national park. What exactly happened was initially unclear. The Tanzanian police spoke ominously of "human activity".

Therefore, great importance was attached to environmental compatibility in the Internet project, according to TTCL boss Ulanga: "The fiber optic cables were not laid underground, but on the surface, in order to interfere as little as possible with the ecosystem."

Certainly those responsible have also learned from the other major tourism project on the mountain: for years the government has been planning to install a cable car on the mountain - despite massive protests from nature conservation groups and the local population. Many live off the money they can earn as mountain guides for tourists.

So far, around 50,000 tourists dare to climb Kilimanjaro every year. Africa's highest mountain in northern Tanzania is considered uncomplicated among mountaineers. Unlike the highest peaks on other continents, such as Mount Everest, even inexperienced tourists can climb the peak.

After two years of the pandemic, Tanzania is more dependent on these holidaymakers than ever. The tourism sector is a key economic factor for the country with its many national parks. According to the Tanzanian Ministry of Finance, 17 percent of the gross domestic product is generated by tourism. According to the World Bank, 850,000 people work in the sector.

At the peak of the pandemic, visitor numbers fell by 60 percent. Now Tanzania wants a real tourist boom by 2025. Five million per year should then come into the country. Before the pandemic, there were 1.5 million.

Ulanga is sure that the internet is a benefit for local citizens. The mountain guides could now communicate even more easily with their tourist groups. However, it remains to be seen whether the aim of the Tanzanian government will work and whether nature on Kilimanjaro will withstand the renewed onslaught.

‹ ›
Keywords:
TansaniaLänderporträtsKilimandscharoTourismusMassentourismusBergsteigenSelfieSoziale Medien
Your comment has been forwarded to the administrator for approval.×
Warning! Will constitute a criminal offense, illegal, threatening, offensive, insulting and swearing, derogatory, defamatory, vulgar, pornographic, indecent, personality rights, damaging or similar nature in the nature of all kinds of financial content, legal, criminal and administrative responsibility for the content of the sender member / members are belong.
Related News