Now Obama is getting involved in the election campaign

Barack Obama is trying to do something he failed to do in his two terms as president: help the Democrats win the midterm elections while they hold the White House. 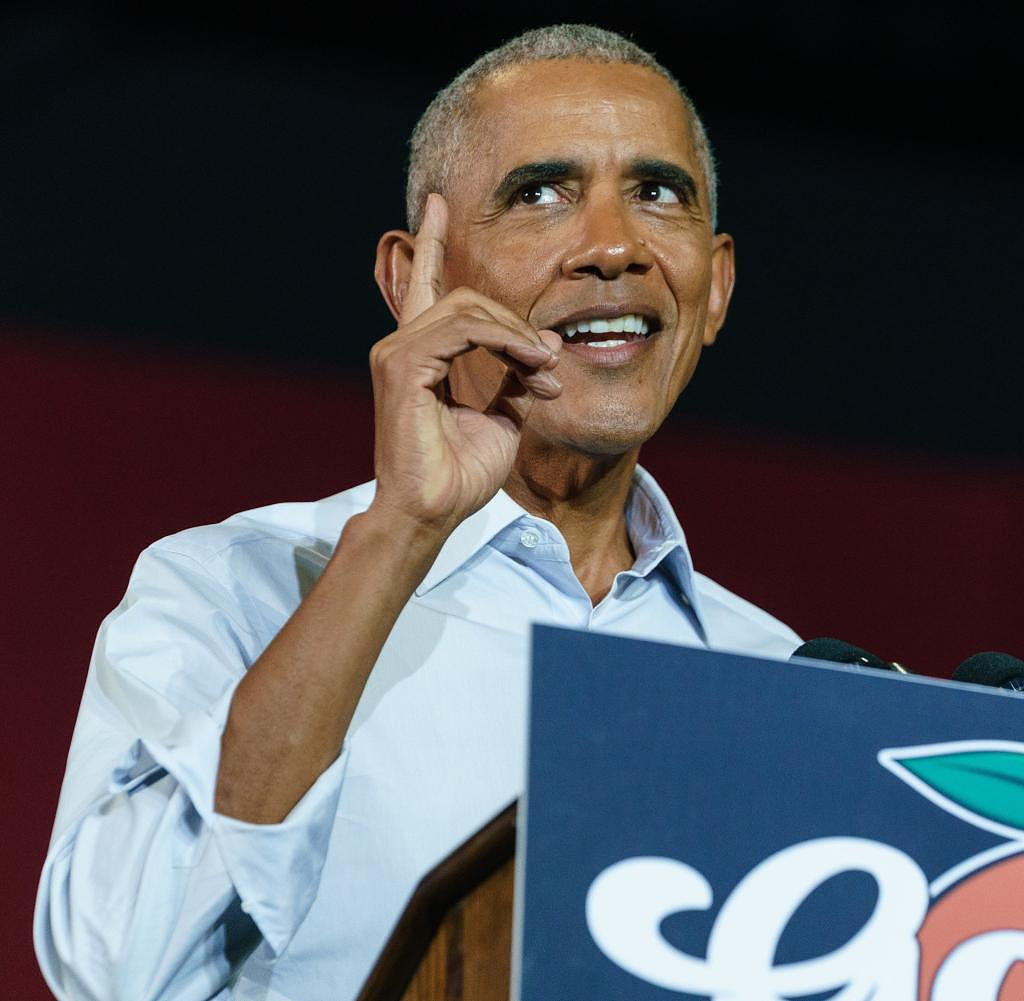 Barack Obama is trying to do something he failed to do in his two terms as president: help the Democrats win the midterm elections while they hold the White House. Obama is more popular today than he was then, and now it's President Joe Biden, his former vice president, who faces defeat in November. The persistently high inflation of 8.2 percent is a problem for many citizens and causes great dissatisfaction.

According to polls, Biden's Democrats are likely to lose their majority in the House of Representatives to the opposition Republicans in the midterms. While the Democrats could defend their razor-thin Senate majority, several key races are so close that predictions are very difficult.

Obama begins his tour of the contested states in Georgia, travels to Michigan and Wisconsin on Saturday and will stop in Nevada and Pennsylvania next week. The tour comes at a time when Biden and the Democrats are trying to fend off a strong Republican push. They want to break the narrow majority of Democrats in the House and Senate and win important governorships in the run-up to the 2024 presidential election.

Several thousand Georgia voters waited in long lines at the security checkpoint near the Atlanta airport late Friday afternoon to see Obama. He appeared alongside Raphael Warnock, who is up against Republican Herschel Walker, and Stacey Abrams, who is challenging Gov. Brian Kemp.

Biden's popularity plummets as inflation lingers. Party strategists, however, assume that Obama will continue to have a major impact in these times of economic uncertainty. "Obama has a special place in our politics today," said David Axelrod, who helped shape Obama's campaigns. He is popular not only with Democrats but also with independent voters - unlike Biden and ex-President Donald Trump.

"Obama is our party's best ambassador and the most popular political figure in the country," said Bakari Sellers, a South Carolina Democrat. Sellers is better at breaking good news stories like the recent increase in gross domestic product than the president himself.

Party insiders generally consider Obama to be a better ambassador in the economic crisis than President Biden. Lis Smith, Democrat strategist, said Obama could do a better job of conveying the economic savvy of the Democrats to undecided voters than the incumbent president. In the presidential elections of 2008 and 2012, Obama succeeded in winning many white working-class voters.

The hope now is that Obama will give the Democrats' achievements such as the anti-inflation law or the Corona aid package a better reputation. This is currently considered unpopular as Republicans blame these measures for inflation. According to Smith, Obama can refer to his 2010 health care law.

It is not the first time that an ex-president has intervened in the election campaign. Bill Clinton campaigned for the Democrats in 2010 and 2014 and became a key voice in Obama's 2012 re-election and race with Republican Mitt Romney.

Axelrod said that Clinton and Obama share a unique ability to formulate complicated political arguments in a manner that is close to the people. "They are good storytellers. You will experience that again with Obama.”

‹ ›
Keywords:
NewsteamObamaBarack (Präsidentgeb.1961)Barack ObamaJoe BidenPennsylvaniaGeorgiaWisconsinAtlantaMichiganRepublikanerBill ClintonWahlkampfZwischenwahlenPolitik
Your comment has been forwarded to the administrator for approval.×
Warning! Will constitute a criminal offense, illegal, threatening, offensive, insulting and swearing, derogatory, defamatory, vulgar, pornographic, indecent, personality rights, damaging or similar nature in the nature of all kinds of financial content, legal, criminal and administrative responsibility for the content of the sender member / members are belong.
Related News