Now Liz Truss is fighting for her political survival

Liz Truss bought herself time by kicking out her Chancellor of the Exchequer and confidante Kwasi Kwarteng. 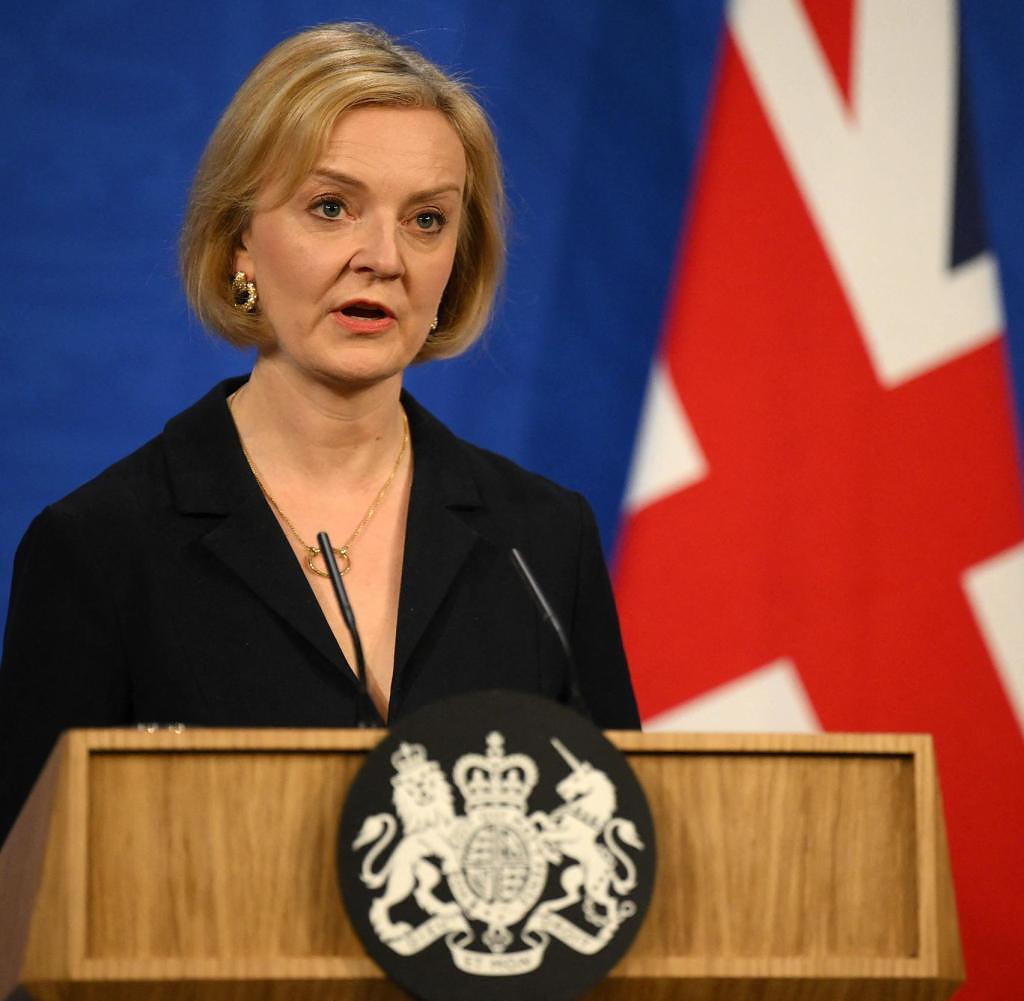 Liz Truss bought herself time by kicking out her Chancellor of the Exchequer and confidante Kwasi Kwarteng. Time in which the British Prime Minister, who has been in office for less than six weeks, not only has to calm the markets.

It is even more his own party that has to convince Truss of her suitability for the highest government office. It is questionable whether she will succeed. Truss is extremely weakened. Not only did she have to sacrifice the most important head in her cabinet, but also half of her much-heralded tax plans.

“The way in which we want to fulfill our mission has to change. We must act now to reassure the markets of our fiscal discipline," Truss admitted at a hastily arranged press conference at Downing Street on Friday afternoon. The performance, in which Truss robotically repeated phrases about “decisive action” and “the goal of economic stability”, lasted only eight minutes.

An appearance with which she may have achieved the opposite of stabilization, at least of her own person. The consensus in the Tory group after the press conference was that the Prime Minister must go, and soon, Westminster reporters reported.

The 47-year-old responded to criticism from her fellow party members and announced that she would uphold the increase in corporation tax from 19 to 25 percent announced under the previous government, contrary to her own plans. Which is the second reversal within a week after she had previously cashed in her planned abolition of the top tax rate.

But the zigzag course has serious consequences. The Conservatives have fallen to historic lows in the polls. Labor is around 30 points ahead in polls. And the next election is in early 2025 at the latest.

The Tories need someone at the helm who can turn the tide, and fast. The head of government is not only trying to win over her inner-party opponents with hasty about-faces. On Friday, she appointed former cabinet colleague Jeremy Hunt as finance minister. Hunt was "one of the most experienced and respected Ministers and MPs," Truss said at a hastily scheduled press conference in Downing Street. "And he shares my beliefs and goals for our country."

Hunt had been a supporter of Truss's rival Rishi Sunak in the fight for Boris Johnson's successor and belongs to the more moderate wing, which does not support the Prime Minister's ideological line. Truss' plan to bring more growth to the country with radical and, as she herself admitted, sometimes painful measures has failed.

Truss' crash began on September 23, when Chancellor of the Exchequer Kwasi Kwarteng triggered considerable turbulence on the markets with his mini-budget. The package included a cap on energy bills for households and businesses over the next two years, as well as tax cuts totaling £45 billion (€52 billion), with no indication of how they will be funded.

In the days that followed, the pound plummeted and government bond prices fell sharply. In return, this means the increase in yields. At times, long-dated securities yielded more than five percent, which means that the refinancing costs for the British government rose higher than those of Italy or Greece. The sudden jump also distressed bond funds and pension funds, which had to make additional investments in hedging strategies for their portfolios.

The situation became so precarious that the Bank of England felt compelled to intervene. It postponed its planned program of issuing government bonds from the portfolio and instead launched a temporary bond purchase program to stabilize market yields.

At the beginning of the week, the central bank had to make two more adjustments. In expanding the bond-buying programme, central bankers pointed out that there was "a significant risk to the stability of the UK financial market".

The market showed little enthusiasm for the new Chancellor of the Exchequer, Jeremy Hunt, and the partial reversal of the tax cuts. 10-year gilt prices fell in response to Truss's speech. Yields climbed over 4.1 percent from 3.5 percent the day before the mini-budget was announced.

‹ ›
Keywords:
BolzenStefanieGroßbritannienPolitikGroßbritannienWirtschaftTory Party (Geo: GB)TrussLiz
Your comment has been forwarded to the administrator for approval.×
Warning! Will constitute a criminal offense, illegal, threatening, offensive, insulting and swearing, derogatory, defamatory, vulgar, pornographic, indecent, personality rights, damaging or similar nature in the nature of all kinds of financial content, legal, criminal and administrative responsibility for the content of the sender member / members are belong.
Related News