Now is the best time to vacation in Thailand

A kingdom for your next vacation: The wanderlust for the Far East has never been as great as it is today, after more than two years of Corona. 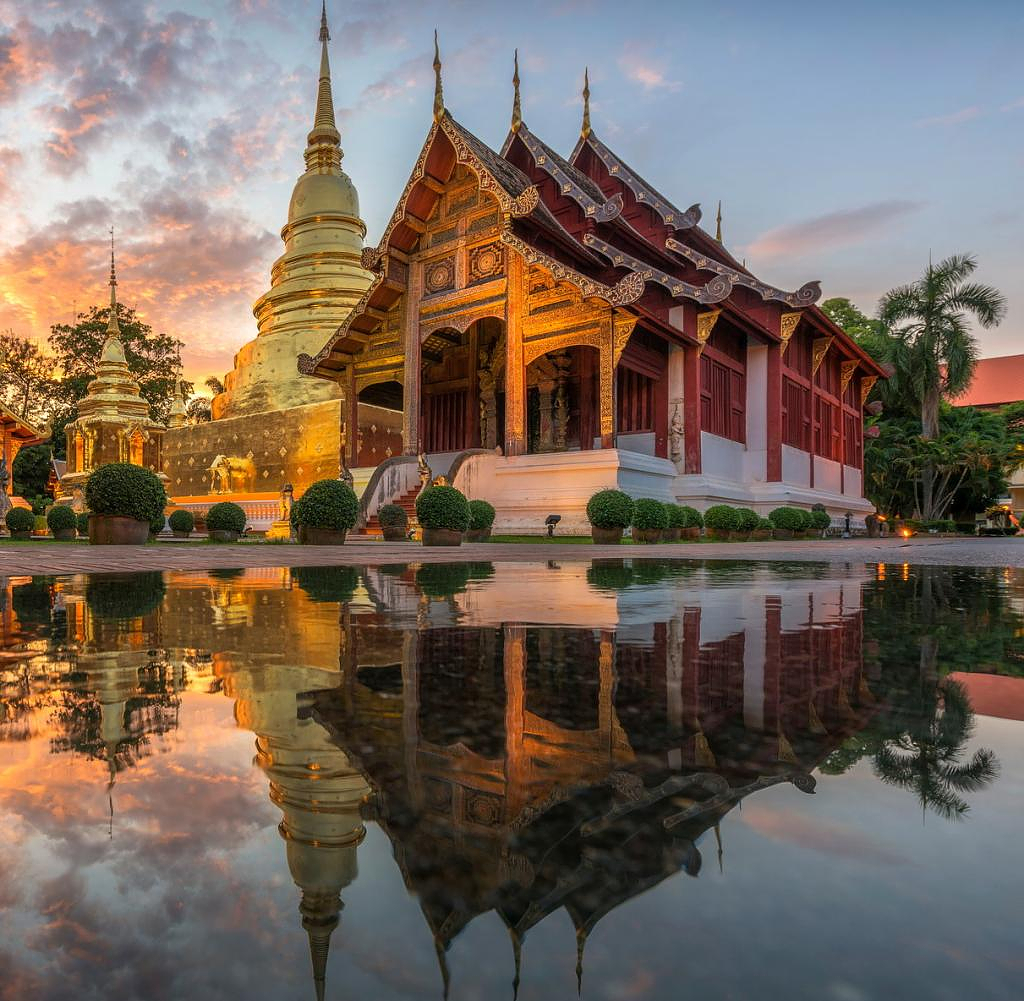 A kingdom for your next vacation: The wanderlust for the Far East has never been as great as it is today, after more than two years of Corona. So it's a good thing that the Land of Smiles has made entry much easier. The Thai passport is history, the visa regulations from before the pandemic apply again.

The big tourist streams haven't returned yet, so it could be the perfect time: The golden royal temples without the crowds in the photo, beaches that are still really free and no queues - the time to travel is now. But where to? We present the most attractive destinations in Thailand.

It smells of red curry and Pad Thai rice noodles. A wok hisses from every cookshop, hawkers sell grilled skewers and ice-cold fruit. Bangkok is a paradise for holidaymakers interested in culinary delights and probably offers the best street food in the world.

In addition, there are the famous temples, pagodas and palaces in the lively metropolis. There is Wat Pho, Thailand's largest temple, and Wat Arun with its tower decorated with colorful broken glass. And of course the mighty royal palace with the Temple of the Emerald Buddha.

The whole thing can be combined with a boat trip on the Chao Phraya. In the evening it's high up - in one of the trendy rooftop bars, such as the "Octave Rooftop Lounge".

High in the north of Thailand lies the former royal city of Chiang Mai between a green jungle and cultivated rice terraces. With just 200,000 inhabitants, Thailand's "Second City" is of course much smaller than Bangkok, but culturally it is no less important with almost 200 temples.

In addition, the center of Thai handicrafts is an ideal starting point for trips to the less developed areas such as the village of Mae Hong Son with its picturesque market and for trekking tours to Doi Inthanon National Park. The country's highest and most magnificent peak at 2,600 meters can also be easily conquered by less sporty people on a road.

A big jump to the south of the kingdom - it goes to Koh Samui. Thailand's third largest island in the bathtub-warm Gulf of Siam is a classic beach paradise to fall in love with. Millions of palm trees sway their heads over dream beaches like Chaweng and Lamai and over various luxury hotels.

When the lights are hung up in the beach bars in the evening and the candles gently flicker in the wind, the island resembles a fairytale landscape. It stays that way during the day: No building here may be higher than the palm trees. Only one towers above everything: the great Buddha. The 15 meter high statue, all shiny in gold, is enthroned on a hill, it is the symbol of Koh Samui.

Another hop, this time from the east to the west coast of Thailand. There, in the tropical Andaman Sea, there are picture-perfect islands lined up like a string of pearls, which invite you to go island hopping. In the very southwest is Phuket, now clearly the most popular Thai holiday island, with its own direct flights from Germany.

A dozen magnificent beaches stretch along its west coast. The best known are called Patong, Kata and Karon, they all offer a varied water sports and entertainment program that doesn't have to hide behind Mallorca and Miami. Above all, the nightlife of Patong has it all.

A few years ago, Koh Chang was only a tip for backpackers. Today, Thailand's third largest island has arrived among the kingdom's top destinations. The top attractions such as the dream beaches of White Sand Beach, Lonely Beach and Klong Prao, the longest beach on the island, have remained.

In addition, there are hikes to wildly romantic waterfalls and excursions into the interior of the country with its dense jungle for active holidaymakers. However, Koh Chang is still much quieter than Phuket or Koh Samui. And the beaches are some of the most relaxed in Thailand, even in high season you can often find an area you have all to yourself.

Unbelievable but true: In the Thai region of Isan near the Cambodian border there is a temple that was built from tons of empty bottles. Wat Lan Kuat is the name of the temple complex in which more than 1.5 million beer bottles are installed. And there are more every day; because the locals keep depositing more bottles at the temple entrance.

These are mainly green and brown bottles, because Thais prefer to drink Heineken or Chang. Some murals are made from bottle caps. A great recycling idea that also looks good. Because when the sun's rays hit the bottle building, unique light reflections result.

‹ ›
Keywords:
ThailandBangkokStädteporträtsStädtereisenStrandurlaubKoh SamuiWhite Sand BeachLamaiFernostReisePhuketGolf Von SiamKata
Your comment has been forwarded to the administrator for approval.×
Warning! Will constitute a criminal offense, illegal, threatening, offensive, insulting and swearing, derogatory, defamatory, vulgar, pornographic, indecent, personality rights, damaging or similar nature in the nature of all kinds of financial content, legal, criminal and administrative responsibility for the content of the sender member / members are belong.
Related News