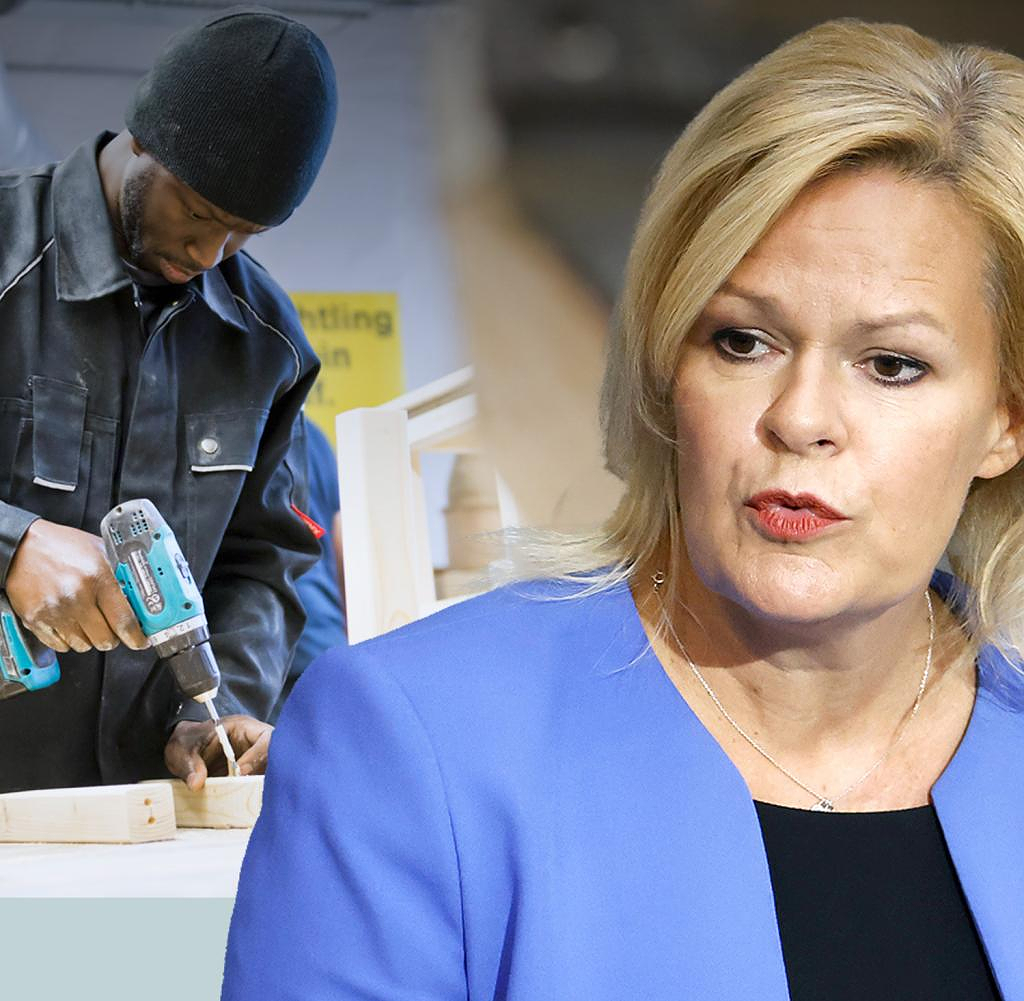 The draft law for the new right of residence is the first major project by Federal Interior Minister Nancy Faeser, with which the SPD politician wants to strengthen the right of residence for migrants in Germany. According to the plan, it will be debated in the Bundestag in October. But criticism of Faeser is now coming from within his own party. The planned easing does not go far enough for a number of social democratic party colleagues.

Behind the criticism, however, is the fundamental accusation that Faeser is relying too much on employees of her predecessor Horst Seehofer (CSU) in the Federal Ministry of the Interior and thus on continuity in the interests of the Union. The board of directors of the working group on migration and diversity in the party criticized after its most recent federal conference that the draft law "unfortunately breathes too much the spirit of the previous house management under Union leadership".

In a unanimously approved application by the working group, which is to be presented at the upcoming party convention or party congress in the coming year, it says: "We expect that the SPD leadership in the Federal Ministry of the Interior will restructure structures and personnel in such a way that the social awakening that the coalition promised that no chains would be put on.” State secretaries and department heads would slow down the traffic light agenda as “remnants of the Seehofer era”. And with regard to the minister's draft law, it is said that it is seen as a "first approach that still needs to be significantly adjusted by Parliament".

"In key positions, for example at the head of the migration department, there are still people who have worked in this ministry for years," says Aziz Bozkurt, head of the SPD's migration working group, WELT AM SONNTAG. He demands: "You can't get the old spirit out of this ministry without replacing the old guard."

After taking office, Faeser replaced some top officials, as is usually the case when there is a change of government or when a ministry is taken over by a new party. Six out of 13 department heads were replaced, two permanent state secretaries had to go, and a whole series of social democrats moved up. However, the minister did not proceed as rigidly as, for example, her cabinet colleague Robert Habeck (Greens) in the Ministry of Economic Affairs and Climate Protection.

Faeser's environment defends the minister's personnel policy. "Nancy Faeser has not swept the interior ministry like other department heads in the traffic light coalition," said the minister. "She looks at what someone can do - and then on the party book. Among the future four state secretaries there will be a social democrat and a Christian democrat. Two are independent.” One of the two is Hans-Georg Engelke, who is considered and recognized as a profound expert across party lines.

The so-called right of residence – a central migration policy concern from the coalition agreement – ​​is essentially about giving foreigners who have been in the country since the refugee crisis of 2015/2016 but have not received asylum or another right to stay a perspective of residence. There are now around 250,000 of these so-called tolerated people, and around half have been here for more than five years. They should actually leave the country, but due to various hurdles they cannot be deported.

In Germany, they lead a life in the gray area: some receive social benefits, others work, some end up in crime. At least those who were in the country for at least five years on January 1, 2022 should, according to the coalition partners, have the chance of permanent legal residence – provided they have not committed a criminal offense. They should prove themselves for a year and, for example, take up a job or obtain missing passport papers in order to qualify for a permanent right to stay.

Setting a deadline and limiting it to one year is important to the FDP. The chances of residence should therefore only affect so-called old cases and should not offer any incentive for further immigration into the asylum system.

The AG Migration is now demanding, among other things, that the probationary period be extended beyond one year and that those affected be allowed to prove their identity by means of an affidavit if no other documents are available. In addition, parts of the SPD parliamentary group criticize the draft law from Faeser.

Overall, the package is "very good," says Helge Lindh, the responsible rapporteur in the group. Nevertheless, he sees a "need for adjustment" in some points. "In particular, the deadline of January 1, 2022 now seems worthy of discussion." Lindh argues that the law was a long time coming due to various agreements and the Ukraine war. "People in Duldung have not yet been able to use the right that was promised to them." He therefore thinks it is "fair" to postpone the deadline - for example to the day the law came into force. This would pave the way for a larger group of tolerated people to legal residence.

In Parliament, one must also talk about "whether we extend the one-year limited opportunity right of residence in justified exceptional cases," said Lindh. This could apply, for example, to people who, through no fault of their own, were unable to meet the requirements for a permanent right to stay within a year. For example if they get sick or there are formal delays. Other migration experts in the group argue similarly.

The Jusos, who make up a quarter of the SPD parliamentary group, go even further. The fact that more than 135,000 tolerated persons are to be given future prospects for the first time with the opportunity to stay is "very welcome", says the chairwoman, Jessica Rosenthal. In terms of concrete implementation, however, the traffic light coalition must "improve urgently".

Rosenthal fundamentally questions the key date regulation: "A one-time key date denies many tolerated persons the opportunity to obtain the right to reside and is the opposite of a lasting change." In general, the new law can only be "the beginning of a new migration policy", says Rosenthal.

The experiences of the past few months with refugee Ukrainians have shown that dealing with refugees when it comes to social benefits is nothing more than a “discriminatory mock debate”. "Therefore, the Asylum Seekers Benefits Act must be abolished without replacement." Instead, all asylum seekers should receive social benefits under the Social Security Code.

Despite these objections, the interior minister is prepared to risk a showdown with the parliamentary group and the party. From her house it says: "The draft of the Opportunity Residence Act has been coordinated in detail with all traffic light groups, it is balanced. There is no reason for the Ministry to make any changes.”

‹ ›
Keywords:
BreytonRicardaDollNikolausFaeserNancyAmpelKoalitionJungsozialisten (Jusos)AufenthaltsrechtMigrationspolitikInnenministeriumBundesinnenministeriumApple PodcastNancy FaeserPolitikBundestagChristdemokratenSPDAG MigrationUnion
Your comment has been forwarded to the administrator for approval.×
Warning! Will constitute a criminal offense, illegal, threatening, offensive, insulting and swearing, derogatory, defamatory, vulgar, pornographic, indecent, personality rights, damaging or similar nature in the nature of all kinds of financial content, legal, criminal and administrative responsibility for the content of the sender member / members are belong.
Related News