Doing your weekly shopping from the comfort of your sofa and having groceries delivered to your front door promptly is becoming more and more popular. 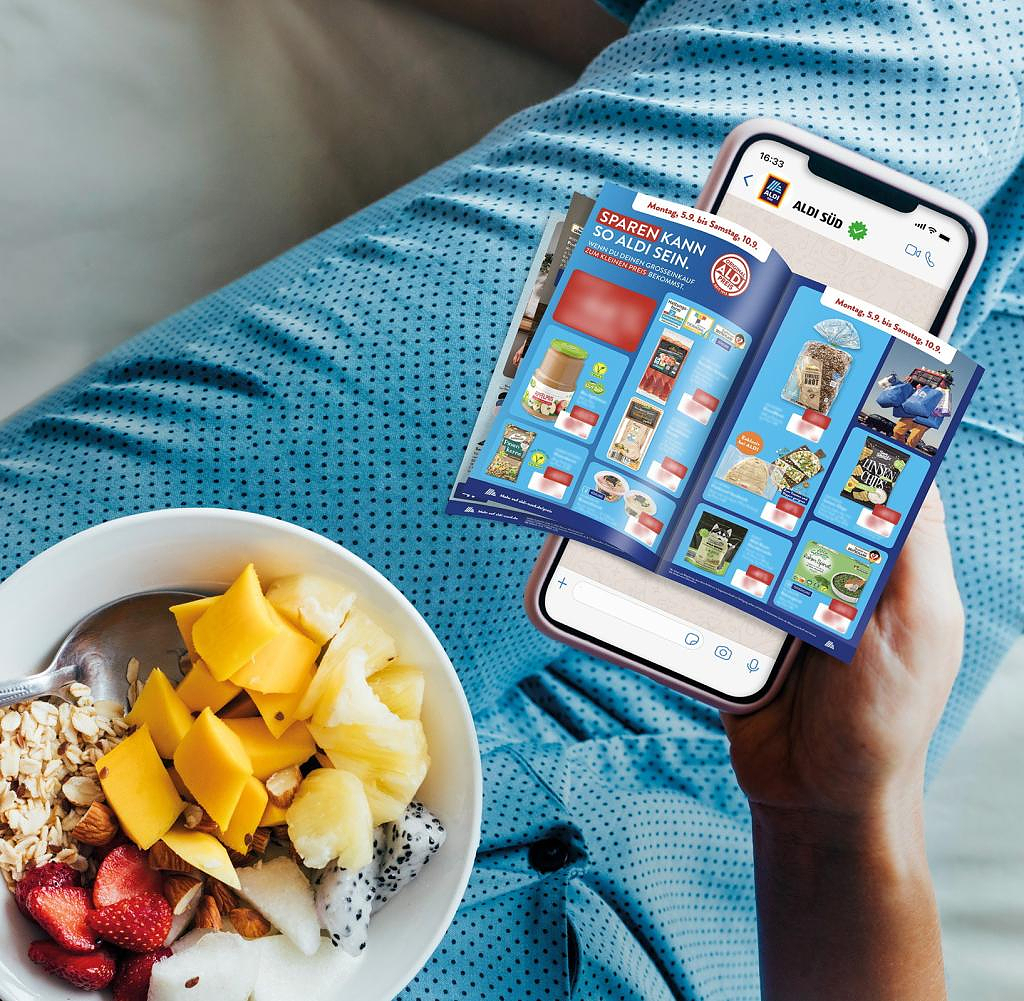 Doing your weekly shopping from the comfort of your sofa and having groceries delivered to your front door promptly is becoming more and more popular. Start-ups like Gorillas, Getir or Flink experienced a radical upswing with the business model during the corona pandemic. According to Statista, around 5.03 million people in Germany stated in 2022 that they had already ordered their groceries online. In the previous year it was only 4.19 million.

The two largest discounters in Germany, Aldi (South and North) and Lidl, have so far stayed out of the online business with fresh food. But that's probably the end of it. As the "Handelsblatt" reports, Aldi Süd is planning a major online offensive, which also includes an online delivery service for fresh groceries.

According to the "Handelsblatt" report, the online shop launched for the approximately 2,150 Aldi branches in the United States should be a model for a similar offer in Germany. US customers can order fresh groceries via a website and app. The service is said to be available in Germany as early as the first half of 2023.

At the request of WELT.de, Aldi Süd did not confirm the plans directly. “ALDI SÜD, like all market participants, has always observed developments on the market and carries out daily test runs in different areas around the world. One example is from the USA, another from Great Britain or Switzerland,” writes a spokeswoman for the company.

Customers of Aldi branches in Great Britain can pre-order their purchases online using the click-and-collect model and then pick them up themselves. In Switzerland, “Aldi Now” is already an online shop where “non-food” – i.e. products that are not food – and selected groceries can be ordered in some regions of the country and delivered promptly.

Aldi Süd, together with Aldi Nord, currently only sells non-food products such as garden furniture or tools online in Germany. Competitor Lidl also only sells wine and spirits via its online shop in addition to textiles, technology and other gadgets. However, customers are looking in vain for fresh groceries online.

For the test balloon in the USA, the food discounter relies on a partnership with the tech company Instacart, which is already implementing logistics and app solutions for numerous other mobile food delivery services. In Germany, however, Aldi Süd wants to develop its own platform with the software from the Berlin company Spryker, according to the media report. The service provider has specialized in e-commerce.

Indications of this step can also be found in the Aldi Süd career pool. More than 50 positions for software developers and e-commerce experts are advertised. The investments are immense: The Handelsblatt estimates the costs for development and the long-term need to set up our own logistics for delivery at a high three-digit million amount.

A current representative study by the market research company GfK on behalf of the credit card provider Mastercard shows that online food delivery services are in vogue, especially in the younger, affluent target group between 30 and 39 years of age.

According to this, around 27 percent of Germans use food delivery services, a third of them at least once a week. In the age group between 30 and 39 years it is even 40 percent. The same survey shows that 22 percent of respondents expect delivery within 30 minutes when ordering online.

Start-ups such as Gorillas, Getir or Flink in particular have fueled the expectation of fast delivery. In major German cities such as Berlin, Hamburg and Cologne, the services rely on delivery by bicycle courier. But the miserable working conditions are always a source of criticism - the business models don't work otherwise given the low margins. A problem area that Aldi Süd would also have to deal with.

The sales figures for the rapidly growing e-food services have recently collapsed. Start-up Gorillas, which was only founded in 2020 and was already valued at more than one billion US dollars in mid-2021, lost a lot of value in its last valuation round. A takeover is even being negotiated with competitor Getir at the moment.

Aldi Süd's entry into the online grocery market would increase the pressure on the competition. So far, only the delivery service of the retailer Rewe has been able to establish itself from the ranks of stationary trade. However, the offer is only available in some regions of Germany and was last extended to the Ruhr area in May 2022.

A while ago, our colleague Joel Wille tested what it’s like to deliver food as a bicycle courier under time pressure – his report is here:

‹ ›
Keywords:
AldiLebensmittelhandelDiscounterOnlineshopsECommerceKmpktAldi SüdUSASchweizHandelsblattUK Aldi SüdGroßbritannienAldi NordVereinigte StaatenLebensmittelTechnik
Your comment has been forwarded to the administrator for approval.×
Warning! Will constitute a criminal offense, illegal, threatening, offensive, insulting and swearing, derogatory, defamatory, vulgar, pornographic, indecent, personality rights, damaging or similar nature in the nature of all kinds of financial content, legal, criminal and administrative responsibility for the content of the sender member / members are belong.
Related News