"Not a woman": Joan of Arc, non-binary icon on the boards in London

"I, Joan" ("Me, Jeanne") had not yet been played when Time Out magazine was already talking about it, in mid-August, as "the most controversial play of the year". 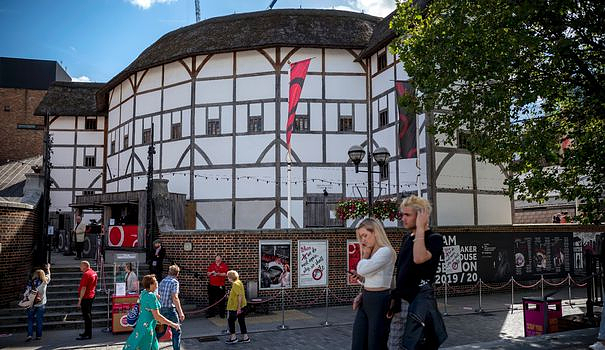 "I, Joan" ("Me, Jeanne") had not yet been played when Time Out magazine was already talking about it, in mid-August, as "the most controversial play of the year". The first images showing Jeanne with her chest bandaged were enough to ignite social networks. In the United Kingdom, where not a month goes by without controversy over gender identity, activists of all stripes have found a new battleground there.

The play, the umpteenth work dedicated to one of the most famous women in the history of France for having repelled the English during the Hundred Years War, was written by Charlie Josephine and is played by Isobel Thom: two people born women who define themselves as non-binary.

The staging is resolutely contemporary. No period costume here. Dauphin Charles' wife is a black woman. The fights are represented by modern choreographies. Women fight alongside men. But the story of Joan of Arc is there, from her presentation to the Dauphin to her death at the stake in Rouen in 1431, including of course the battles and her trial.

And in the middle, the question of gender. "Being born a girl when you're not. God, why did you put me in this body?" asks Jeanne, with her hair cut short on stage, and in her men's clothes. She rejects the dresses that we try to impose on her.

"I'm not a woman. It's not the right word for me. It doesn't suit me," says Jeanne again. At his trial for heresy, a sentence was repeated dozens of times by the judges: "Do you think it's okay to dress like a man, even if it's illegal?". "What are you afraid of?" Jeanne replies, laughing. "I am not a woman, I am a warrior!"

Enough to make feminists jump, like Heather Binning, founder of the Women's rights network, who fights for the defense of women's rights: "Jeanne d'Arc lived what she lived because she was a woman! You can't change it!"

She denounces an "ideology that insults women". "Little girls need to see women succeed. That's what Joan of Arc represents: she had a goal and she did everything to achieve it." For her, few women have remained in history, because it was "written by men for men". "And now, this lobby takes the women who inspire us!", Denounces the feminist.

In response to criticism, Charlie Josephine attempted humor in the daily The Guardian: "I forgot that I was blaspheming a saint!". "No one takes away your Jeanne, although she represents for you. (...) This piece is about exploration", wrote Isobel Thom on Twitter.

Same tone from Shakespeare's Globe Theatre: "Shakespeare did not write historically accurate plays. He took figures from the past to ask questions about the world around him". “History has provided countless, wonderful examples of Jeanne being portrayed as a woman. This production simply offers the possibility of another point of view. That is the role of theatre: simply to ask the question imagine if?

In France too, the subject is beginning to arise. "It's in tune with the times," comments Valérie Toureille, university professor, specialist in the Hundred Years War. "It does not shock me. There are women who have decided to chart a different path, neither that of men, nor that of women. This is the case of Joan of Arc".

Why was she wearing male clothes? "It is a protection against rape and it is easier to ride like a man than in Amazon", explains the historian, author of "Jeanne d'Arc".

But for her, Jeanne fell well because of her clothes during the trial for heresy. "It is the material proof which completes all the religious arguments. For the men of the Church, Jeanne with these clothes went beyond her status as a woman".