North Korea has fired another missile after its latest series of missile tests, according to the South Korean military. 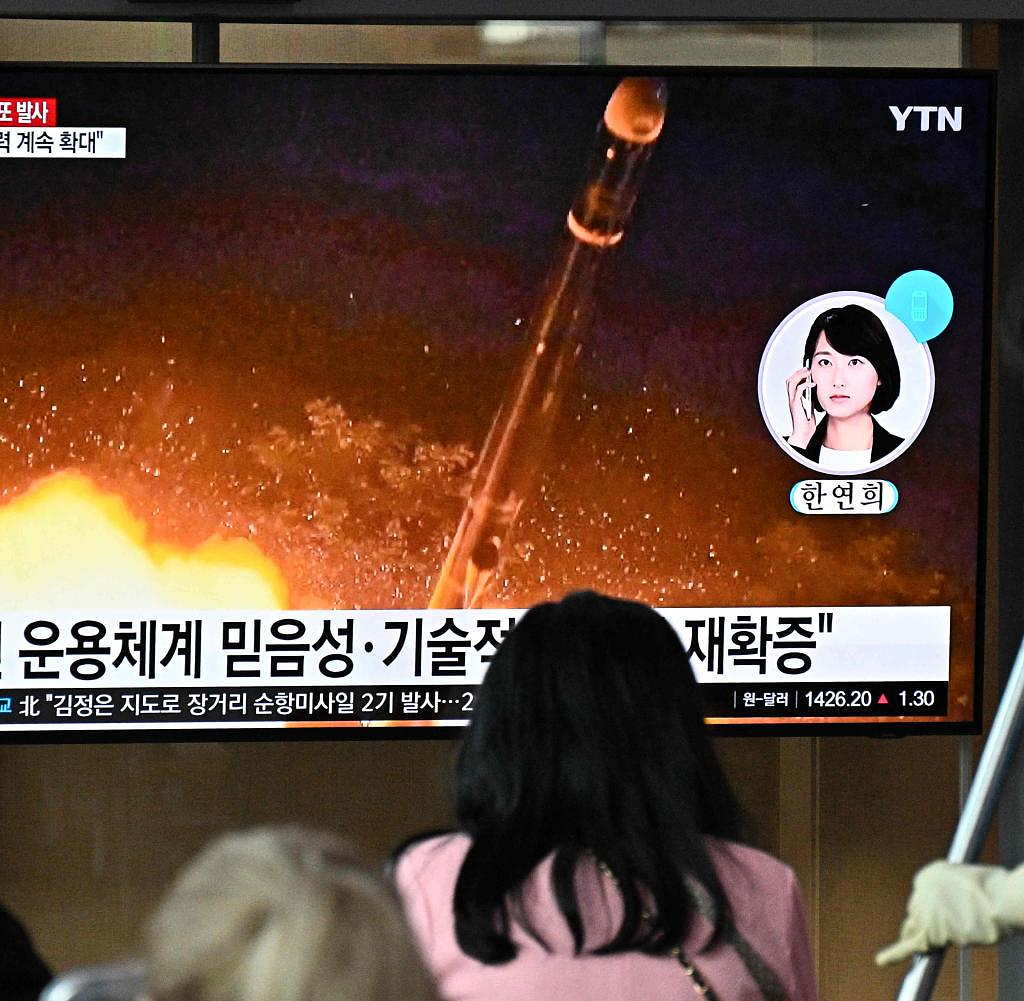 North Korea has fired another missile after its latest series of missile tests, according to the South Korean military. The short-range missile was fired in the direction of the Sea of ​​Japan (Korean: East Sea) on Friday (local time), the Yonhap Agency reported, citing the South Korean General Staff. Accordingly, the ballistic missile started at night near the North Korean capital Pyongyang.

Despite international criticism, the North Korean military has carried out rocket tests at an unusually high frequency since the end of September. On Wednesday, ruler Kim Jong-un witnessed the launch of two long-range cruise missiles, the state news agency KCNA reported on Thursday. These were launched from the western province of South Pyongan in the direction of the sea and hit their targets 2,000 kilometers away. Kim therefore spoke of a "clear warning to the enemies", without naming them specifically.

According to KCNA, the regime had previously justified its missile tests in response to recent naval maneuvers by South Korean and US forces, which included the nuclear-powered aircraft carrier USS Ronald Reagan for the first time in four years.

At the beginning of the month, Pyongyang also launched a medium-range missile over the Japanese archipelago for the first time in five years. The last time North Korea launched a missile over Japan in 2017, the country conducted a nuclear weapons test just days later.

UN resolutions prohibit North Korea from testing ballistic missiles of any range, which, depending on the design, can also carry a nuclear warhead.

‹ ›
Keywords:
NewsteamSüdkoreaNordkoreaKim Jong Un(Sohngeb.ca. 1983)TexttospeechPjöngjangKurzstreckenraketeSeoulTerrorismusMilitarYonhapKCNA
Your comment has been forwarded to the administrator for approval.×
Warning! Will constitute a criminal offense, illegal, threatening, offensive, insulting and swearing, derogatory, defamatory, vulgar, pornographic, indecent, personality rights, damaging or similar nature in the nature of all kinds of financial content, legal, criminal and administrative responsibility for the content of the sender member / members are belong.
Related News