Nordine, targeted by seven police shots in Stains, a "miracle" in the face of justice 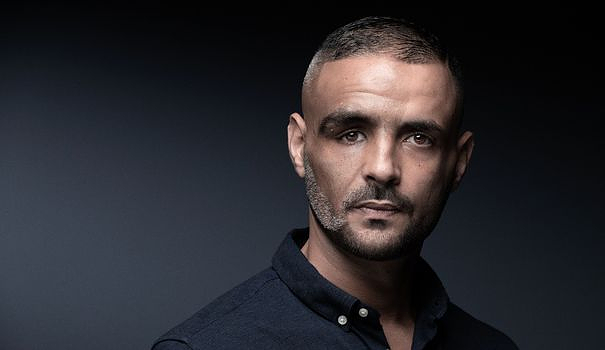 "I am a miracle. Each bullet I received was fatal, that of Merryl (his companion, editor's note) too. It is a miracle that we are alive", declares Nordine A., who requested the anonymity in an interview with AFP on Friday.

During a traffic check in August 2021, "I received seven bullets at close range", describes the 38-year-old man, pointing to his arms, chest and pubis.

In parallel with an investigation opened in Bobigny on police shootings, a procedure targets Nordine for "violence with a weapon" (the car he was driving being considered a weapon by destination) and "aggravated refusal to comply" at the against the police, slightly injured during the intervention.

On February 18, 2022, he was sentenced at first instance in Bobigny to two years in prison and imprisoned, before being released for medical reasons.

On Tuesday, the Paris Court of Appeal will deliver its decision in this part of the case. In October, the Advocate General asked, after uncompromising requisitions, for four years in prison with a warrant of committal.

“I am very happy that our mothers did not mourn our deaths”, he confides, straight in his midnight blue shirt, his eyes misty.

Since the beginning of 2022, twelve people have died after police fire, as part of a refusal to comply.

Short hair and three-day beard, Nordine A. now has his left arm shrunk by 10 centimeters, after four operations including a bone graft. In January, he must undergo a new operation.

Since then, the projects of the man who was an interim bus driver have been put on hold: “I am always between the hospital, the shrinks, my lawyer”.

His life changed in the night of August 15 to 16, 2021, when he joined, by car and alcoholic, the Val-d'Oise where he resides, with his partner Merryl.

The amateur video of his roadside check in Stains, in Seine-Saint-Denis, had ignited social networks.

We see a car stopped, surrounded by three men. One of them tries to break into the car through the driver's window. The vehicle restarts, reverses and then forwards.

Two of them draw their weapons. Eight bullets are fired. Seven lodge in Nordine's body and the last crosses that of Merryl, lying in the back of the car.

Pregnant, she will lose the child she was carrying.

The men in civilian clothes are police officers, stationed at the Stains anti-crime brigade (BAC). Their intervention questions even in the ranks of the national police.

First placed in police custody for "attempted intentional homicide", the two police officers, aged 28 and 31, who were using their weapon for the first time, were indicted in September and October for violence volunteers with weapons.

They were also placed under judicial supervision with a ban on carrying a weapon and exercising on public roads.

"We are victims. Despite this, justice will never admit that these police officers were at fault and I think they will condemn me", launches Nordine without blinking.

"I don't understand why justice is hounding me," he insists.

Just as at the trial, he maintains it: the facts do not relate to the refusal to comply because the police officers did not wear armbands, had not put on their flashing lights. They had not declined their function, he adds, which the interested parties dispute.

Not knowing who these men were, "but in doubt", he had first complied, had stopped. Then got scared and restarted. The shots stopped him in his tracks.

"I always knew it was difficult to file a complaint against the police (...) but I realize today that it's more than that, they are really untouchable", estimates the inhabitant of Persan (Val-d'Oise), regretting the presence in the institution of "bad people who dirty this uniform".

However, Nordine A. "is hopeful" concerning the current investigation in Bobigny on the police. "We still believe in this justice and we trust it somehow."