Nord Stream: how Northern European countries are trying to secure their infrastructure

No culprits yet, but agonizing suspicions. 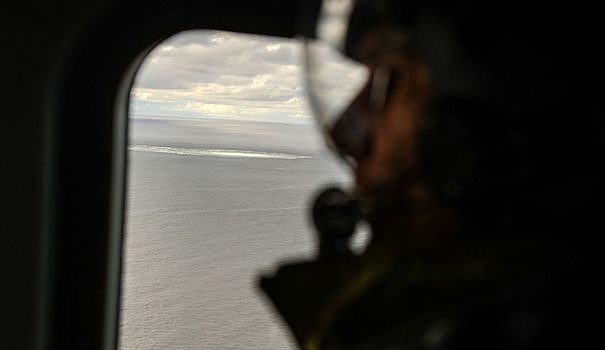 No culprits yet, but agonizing suspicions. According to Sweden and Denmark, the four "leaks" detected earlier this week on gas pipelines 1 and 2 of Nord Stream, the main channel for transporting Russian gas to Europe, are not leaks. “Hundreds of kilos of TNT” would have been laid; the explosions, deliberate acts. “All available information points to this,” they wrote to the UN. In the midst of the war in Ukraine and while gas is the subject of the showdown between the West and Moscow, all eyes are on Russia.

So far, the evidence is lacking. So, in the absence of a culprit, Europe is betting on security, starting with the neighbors of the Kremlin. Whoever carried out this "sabotage", the act reminded the Old Continent that its enemies could decide to strike at its dependencies, rather than attack it head-on. And that its facilities are vulnerable. The pipes that exploded were only 70 meters deep. Simple army divers could have done it, although the trail of the underwater drone or the dropping of explosives is also being investigated.

Questioned by L'Express following the first leaks, the Quai d'Orsay was cautious: "These developments confirm the need to accelerate the work in progress on the resilience and reduction of the Union's energy dependence We will work with our allies and partners to ensure that our unity and determination are unwavering and that a strong response is given to such actions."

The Nordic countries have already taken measures, between deterrence and alerting its defenses. Finland, a neighbor of Russia, on Thursday ordered the strengthening of security around its strategic infrastructure. Particular attention was paid to the electrical network. In Sweden, the country's two main nuclear power plants, located in Forsmark (center-east) and Ringhals (south-west) told AFP that they had gone into "increased vigilance" due to events in the Baltic Sea.

Having become Europe's leading supplier of natural gas, Norway has even accepted French, German and British military contributions to secure its oil and gas sector, its Prime Minister announced on Friday. "I understand that people are worried (...) that something similar to Nord Stream could happen on oil and gas installations," he said. And to try to reassure: "we have no indication that there are direct threats against the Norwegian oil and gas sector".

Norway is connected to the Old Continent by a network of undersea gas pipelines which stretches over nearly 9,000 kilometres. This vast web of pipelines is deemed vulnerable to an act of sabotage by experts, as Norwegian supplies are seen as essential to meet the energy needs of a beleaguered Europe as winter approaches.

For its part, Germany relies on deterrence. The German police patrol the North Sea and the Baltic Sea with "all available forces", assured the Minister of the Interior on Friday. In the newspaper Sueddeutsche Zeitung, she said to take "the current threats seriously and we protect ourselves". Police units, including helicopters and maritime special forces, have "special capacities to intervene in dangerous situations", added the minister.

Germany "will support the joint investigation" into the incident with Denmark and Sweden, Chancellor Olaf Scholz told his counterparts from both countries in a video call. Together with its partners in the European Union and NATO, Germany will "strengthen the preparedness and protection against sabotage of critical infrastructure", said the Chancellor's spokesman, Steffen Hebestreit.