The NGO may have been "destroyed" a few weeks before Russia launched its invasion of Ukraine - a Moscow court on Friday ordered the seizure of its offices - it still intends to continue its work, says Lev Ponomarev, who participated in the creation of this emblematic organization at the end of the 1980s, at the time of the economic and social reforms of the perestroika. 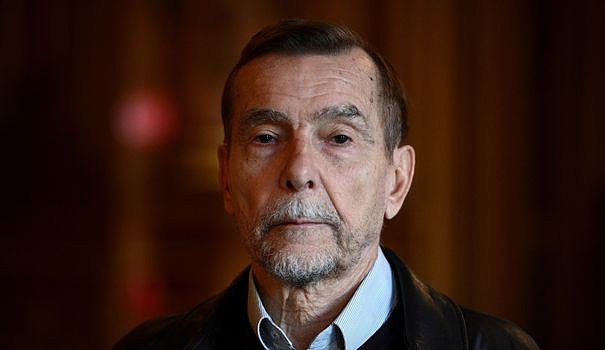 The NGO may have been "destroyed" a few weeks before Russia launched its invasion of Ukraine - a Moscow court on Friday ordered the seizure of its offices - it still intends to continue its work, says Lev Ponomarev, who participated in the creation of this emblematic organization at the end of the 1980s, at the time of the economic and social reforms of the perestroika.

"I was one of the founders of Memorial, it was over 30 years ago, we were only ten people and we thought perestroika would be the start of everything. But it's not like that happened," Ponomarev told AFP in Paris, where he was granted political asylum.

Receiving the Nobel Peace Prize is "very well deserved and of course (...) I am happy", however, "I have to say that the right choice would have been to give the Nobel Prize - if they want support Russia at a time when it is experiencing its harshest regime - to political figures", estimated Mr. Ponomarev, questioned on the sidelines of a forum organized by the human rights group Russia-Liberties and the town hall of Paris .

According to him, "it is those who are behind bars who must be decorated every year".

Recently, Ilia Iachine and Vladimir Kara-Mourza, two opponents who remained in Russia, were imprisoned for having denounced the conflict. They risk ten years in prison. Alexei Navalny, a leading figure in the opposition to Vladimir Putin and a resolute anti-corruption activist, imprisoned in January 2021, was sentenced last March to 9 years in a harsh regime camp.

In addition to the NGO ?Memorial, the Nobel Peace Prize was awarded on Friday to the imprisoned Belarusian activist Ales Beliatski and the Ukrainian Center for Civil Liberties, a highly symbolic prize in the midst of the war in Ukraine.

Founded in 1989, Memorial shed light for three decades on the Stalinist purges, then the repressions in Vladimir Putin's contemporary Russia, before falling victim to them. In recent years, the NGO has constantly challenged the Kremlin, attracting the enmity of many officials and reprisals going as far as assassination.

Last winter, the Russian judiciary finally pronounced its dissolution for violations of a controversial law on "foreign agents", a decision which shocked in the West as in Russia and sparked an avalanche of convictions

Lev Ponomarev, a former physicist, has meanwhile been at the center of the Russian advocacy scene since the fall of the Soviet Union. From Paris, he continues to campaign for the release of political prisoners in Russia and remains in close contact with his colleagues at the Memorial who have remained in Russia.

According to him, obtaining the Nobel Prize is not likely to encourage Vladimir Putin to change his attitude towards Memorial, although the status of the organization could be mentioned in possible negotiations with the West.

"Putin is total and utter global evil and that won't make him understand Memorial any better. But if he negotiates with the West, maybe that could be a subject for some sort of arrangement," he said. He underlines.

"The organization is destroyed but there are people who want to preserve the archives and the work. Most of the Memorial staff have gone overseas," he says.

At 81, Lev Ponomarev, who obtained political refugee status in France after fleeing threats of arrest in Russia, still hopes to see his country again one day: "I think I can go back there and I work a lot on it, every day."