They are three recipients from civil society, one person and two non-governmental organizations (NGOs). 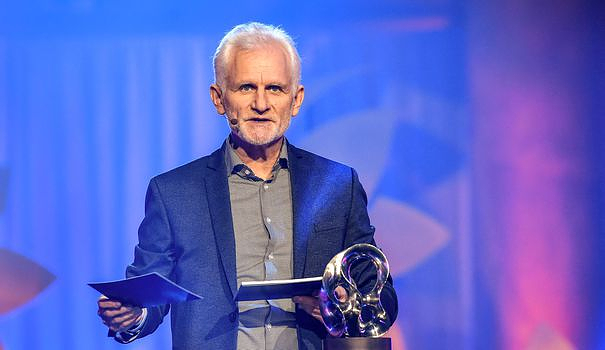 They are three recipients from civil society, one person and two non-governmental organizations (NGOs). The Nobel Peace Prize was awarded this Friday, October 7, to Belarusian lawyer and opponent Ales Bialiatski, as well as to the Russian NGO Memorial and the Ukrainian Center for Civil Liberties (CCL). A highly symbolic prize in the midst of the war in Ukraine.

"The Norwegian Nobel Committee wishes to honor three outstanding champions of human rights, democracy and peaceful coexistence in the three neighboring countries Belarus, Russia and Ukraine", declared its president, Berit Reiss-Andersen. These three laureates have in common their opposition, direct or indirect, to Vladimir Putin. But this Nobel Peace Prize is not directed against the Russian president, who must stop repressing activists, the Nobel committee said.

"Our message is to urge the authorities in Belarus to release Ales Bialiatski and we hope that this will happen and that he will come to Oslo to receive the award," said the committee chair. "But there are thousands of political prisoners in Belarus and I'm afraid maybe my wish is not very realistic," she added.

Imprisoned since July 2021 in Belarus, Ales Bialiatski, 60, has been for decades, with his organization Viasna ("Spring"), the face of the defense of rights in an increasingly authoritarian country. The lawyer had been arrested for "tax evasion", a case perceived as revenge for President Alexander Lukashenko, in power since 1994 and who has muzzled any form of criticism with arrests or batons since the vast post- election in the summer of 2020, which shook his regime.

This is not Ales Bialiatski's first time in prison, nor his first wave of repression. His previous incarceration, for nearly three years from 2011 to 2014, had also been orchestrated for tax reasons. His arrest then came a few months after a presidential election which had already given rise to severely repressed opposition demonstrations.