No money to fund hospital reform

There are 335 hospitals in NRW. 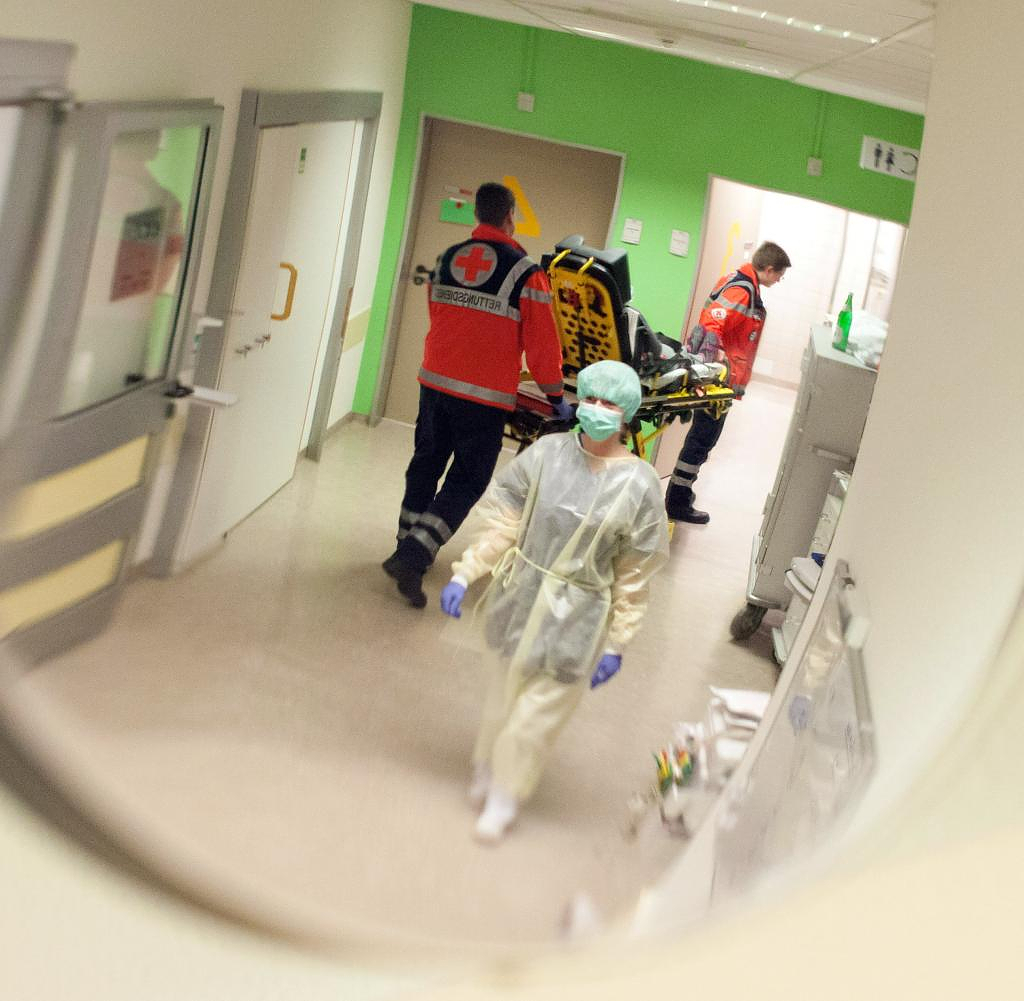 There are 335 hospitals in NRW. These include large ones such as the university clinics in Aachen, Cologne and Essen, each with well over a thousand beds. But also small ones like the Elisabeth Hospital in Gelsenkirchen, which only has space for 223 patients. The Elisabeth Hospital has not offered so-called full care for a long time. It specializes in psychiatry and geriatrics.

More clinics in the country are to follow this path of specialization in the future. It provides for a reform that NRW Minister of Health Karl-Josef Laumann (CDU) presented with the "Hospital Plan North Rhine-Westphalia 2022".

It says that they want to “ensure more coordination in special care”. In concrete terms, this means that some clinics should only be responsible for individual specialist areas in which they can offer excellent services. Patients should be able to trust that heart or hip surgery will be performed by a seasoned expert and not by a surgeon who is responsible for a wide range of surgeries.

Despite this specialization, general care in the country should not suffer: According to the reform plan, 90 percent of the population should be able to reach a hospital with internal and surgical care within 20 minutes by car.

Discussions and resistance are programmed there - the question of whether there should still be a maternity ward in a small-town clinic can quickly become a political issue. However, Minister Laumann is confident that a consensus can be found: "The implementation process will certainly not be conflict-free," he said when asked by WELT. "From my point of view, however, all actors are very well prepared to resolve any conflicts in individual cases in the end by mutual agreement if possible."

After all, the direction of the reform is right, says Jochen Alfred Werner, medical director and chairman of the board of the University Hospital Essen in an interview with this newspaper. Werner is one of the best-known critics of German medical care. "The hospital reform will bundle medical expertise and capital, make better use of staff, level out the differences between under- and oversupply and fundamentally make medical care future-proof," says Werner. "Everyone will benefit from this."

However, according to Werner, the ministry's plans do not go far enough: "We need a fundamental restructuring of the hospital landscape in Germany with a high degree of networking: Large, efficient centers for complex clinical pictures and difficult interventions, smaller houses and medical care centers with a high proportion of outpatient services for basic medical care on site, also and especially in rural areas or in structurally weak regions.”

But one must also talk about the new construction of large clinics, in which public investments, nursing staff and medical expertise are bundled, says clinic manager Werner: "Other countries show us that such a structure is ultimately more efficient, more powerful, more cost-saving and more future-proof than our fragmented one and hospital landscape characterized by too many small houses.”

In his recently published book "So sick is the hospital" (Klartext-Verlag), Werner gives examples of how he imagines a reform of the hospital system: "In Denmark, for example, the number of hospitals has been reduced dramatically, from 100 to 32. Five super hospitals , one per region, were newly built or modernized with additions.”

Health Minister Laumann, on the other hand, does not think much of such ideas: "Denmark has spent around 1,000 euros per capita for a very strong centralization of its hospital landscape - transferred to Germany that would be 80 billion euros," he explains. "The result is so-called 'super hospitals', to which people sometimes have to travel considerable distances."

Laumann doubts that this will lead to better care and greater satisfaction among the population in the long term. In NRW, the corona pandemic has once again shown the value of strong, local hospital care, he says. It is therefore a matter of stabilizing this basic care close to home and at the same time coming to a more meaningful division of tasks and more cooperation between the clinics.

Digitization should help with this. The so-called virtual hospital, which was founded by the state of North Rhine-Westphalia in 2019, serves as a pioneer here. Strictly speaking, this is not a hospital, but a platform intended to convey expert knowledge. There, a doctor from a small hospital in the countryside can exchange information about a specific treatment with experts from a university clinic.

3000 consultations have been arranged in this virtual hospital since its foundation. According to the Ministry of Health, the concept proved its worth, especially at the peak of the pandemic, and patients could have been given good advice even without additional visits to the clinic.

Laumann wants to expand this model: "Digitization is an important key for the further development of hospital care and, in particular, for more intensive cooperation between hospitals and with outpatient care."

Of course, the minister is also aware of the problems of digital services, after all, data protection must be observed. "Patients must retain sovereignty and control over their data," says Laumann. "And that's exactly how the previous applications are designed: Without the approval of the insured person, access to personal health data is not possible."

The question remains how the reform should be financed. And that's exactly where the opposition's criticism comes in: "If the clinics are to comply with the new quality criteria according to the hospital plan," says Thorsten Klute, health policy spokesman for the SPD parliamentary group, "then they also need money for the necessary investments. And these investment funds for hospitals in Germany are to be made available by the federal states.”

However, the reform plans are not backed by any investments. These are particularly important for the future of the clinics: "We expect at least three billion euros to be invested in NRW."

Yvonne Gebauer from the FDP parliamentary group also expects concrete proposals for financing from the state government. The thrust of the reform is generally approved by the liberals. However, Gebauer adds a but: "At the end of the regional planning process, Minister Laumann will have to be judged on whether he has succeeded."

‹ ›
Keywords:
TexttospeechNordrheinWestfalenKrankenhäuserLaumannKarlJosefDigitalisierungDänemarkCDUSPDKarriereElisabethKrankenhausGelsenkirchenKölnLand NRWAachen
Your comment has been forwarded to the administrator for approval.×
Warning! Will constitute a criminal offense, illegal, threatening, offensive, insulting and swearing, derogatory, defamatory, vulgar, pornographic, indecent, personality rights, damaging or similar nature in the nature of all kinds of financial content, legal, criminal and administrative responsibility for the content of the sender member / members are belong.
Related News