Breaking News
Before the hydrogen transition? Investors are banking on the opportunity of the century
Featured economía• Grüne• Politik• Cataluña• Polizei•

Nissan's floor contest, in the second half of June

Silence, after a direct award, will be able to enter the Free Zone on July 1. 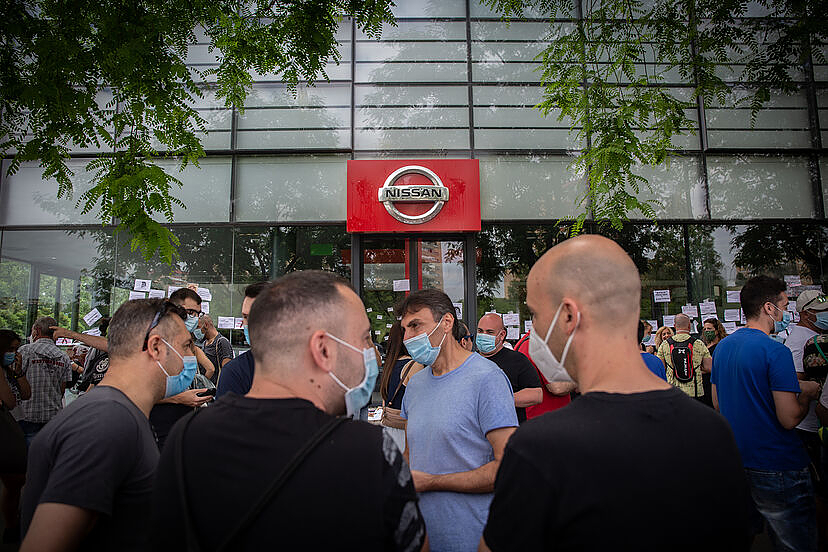 Silence, after a direct award, will be able to enter the Free Zone on July 1.

Slight delay in the schedule to reindustrialize Nissan's land in Barcelona. The Consorci de la Zona Franca (CZF), owner of the 500,000 square meters that will be free, plans to call the contest in the second half of this month, compared to its initial intention to do so in May. Consequently, the award will not take place before September, so that the desire to go on vacation in August with the homework done will not be fulfilled.

RocaJunyent, contracted by the CZF to prepare the specifications, will have to accelerate to comply with this new commitment, according to what was explained by participants in the new meeting of the reindustrialization table, held this Monday.

However, some sources doubt that the new deadline will be reached on time, given that difficulties persist such as the transmission of activity licenses and the demand of the unions that a series of labor guarantees be reflected in the tender documents. . To all this is added the location to Nissan so that it accelerates in its obligations, such as the decontamination of the soil that it will abandon.

"We are making every effort to make the process as agile and fast as possible and with absolute legal guarantees; we continue to move forward in this direction without stopping for a single second," said the special delegate of the State at the CZF, Pere Navarro.

The aforementioned contest should serve to select the logistics operator that will accompany the electromobility hub selected by the table to relieve Nissan in manufacturing activity and led by QEV and BTech. The winner will also finance part of the investment carried out.

On the other hand, where progress has been made is in the Silence project, according to the CZF. The subsidiary of Acciona, after a direct award, will be able to enter the Free Zone on July 1, which is the deadline that it had set, since, otherwise, it had threatened to take the manufacture of its two-seater electric vehicle out of Catalonia.

‹ ›
Keywords:
CatalunyaMotorCataluña
Your comment has been forwarded to the administrator for approval.×
Warning! Will constitute a criminal offense, illegal, threatening, offensive, insulting and swearing, derogatory, defamatory, vulgar, pornographic, indecent, personality rights, damaging or similar nature in the nature of all kinds of financial content, legal, criminal and administrative responsibility for the content of the sender member / members are belong.
Related News