Municipal schools are also opening their doors with the start of the school year. 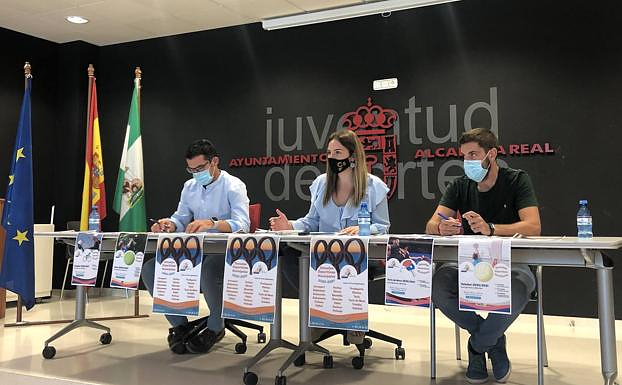 Municipal schools are also opening their doors with the start of the school year. This year, 740 places will be available and there are 19 sports options. Paloma Moji, the mayor of Education, Sports and Youth, introduced the new features that this edition begins. She also recalled that, despite this normal tone, she had "decided to put our faith in sport." The registration period for the first quarter began on September 1, and will continue until the 14th of the next day.

Moyano explained that "adapting to the new protocols, we are going to open these municipal sports schools for another season in which we have great backgrounds," Moyano said. This year is unique in terms of both operation and regulations, but also in the variety of sports offered. This year there are 19 modalities available, four more than in previous editions, including triathlon, swimming, skating and pakour. To avoid crowds at the venues and entrances, as well as crowds at the exits and entrances, this year will use different spaces for them. These include the Coto Sports Courts, SAFA sports facilities, the Municipal Health and Sports Center, the Silo, pavilion, and the Municipal Sports Center. He stressed that "we wanted to split the sports modalities as far as possible to bring together a smaller number of people."

The difference in teaching the swimming method, which was offered in previous years is that it will now be taught by the Consistory, as opposed to the Sports Swimming Club's responsibility. He stated that this gives children the chance to begin in a non-competitive mode of the sport. On September 14, the level test will take place. After that, four groups will be formed. Paloma Moyano reported that we will also have a 'Locker room assistant' who will pick up the boys/girls, change them, and then leave them with the person who picked them up. This is to prevent them from coming in contact with other people.

The consistory will also require that the groups enter and exit through different doors, including those for clubs, schools and municipalities. This will allow the group to be controlled. The number of children in each group will be decreased, decreasing not only their capacity but also the duration of the activity. This would reduce the activity's time to 50 minutes and leave 10 for disinfection prior to and after the sport is developed.

Moyano stated that most local clubs do not have a competition calendar. The competent mayor stated that they had met with each of them to learn their specific situation. He also shared with them our activity protocol within the facility. They hope to start training in September.

After the summer of preventive closing all sports facilities because of a possible positive case, Paloma Myano, mayor of Education, Youth and Sports, stated that she has regular meetings with both educational centers and the various sports facilities and that in each case, actions will be taken that take into consideration the type of the situation. If a similar situation arises, the health authorities will make the same decision and we will report it. Given the protocols in place, it would not be necessary to close down the center. However, it would be possible to temporarily isolate the person (in the case of minors) and notify the authorities. These people would be isolated after the tests, and depending on the symptoms and results presented by the other members of the group, they would also be isolated.

The Sports area pointed out that they had worked with the company that provided the service of working with the so-called "worker bubbles", which involves keeping workers at the same location and not rotating between the facilities. They also called on citizens to take responsibility in this area and reminded them of the rules. They assured the parents that they have received many calls from their area asking about the activities. Sport is vital for young people.

‹ ›
Keywords:
DiecinueveModalidadesDiferentesEsculasDeportivasMunicipales
Your comment has been forwarded to the administrator for approval.×
Warning! Will constitute a criminal offense, illegal, threatening, offensive, insulting and swearing, derogatory, defamatory, vulgar, pornographic, indecent, personality rights, damaging or similar nature in the nature of all kinds of financial content, legal, criminal and administrative responsibility for the content of the sender member / members are belong.
Related News