Nine detainees were taken into custody for the Baza shooting.

Yesterday morning, agents from the National Police's Scientific Police collected evidence at the scene of the shooting. 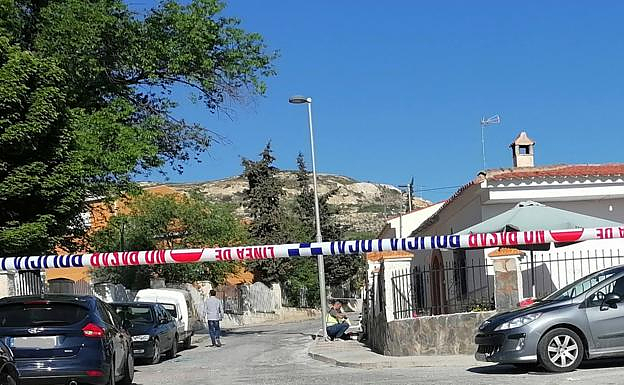 Yesterday morning, agents from the National Police's Scientific Police collected evidence at the scene of the shooting. The area called Las Arrodeas was cordoned off and traffic had to be stopped while they did their work. They were searching for shotgun shells and projectiles as well as fingerprints in an effort to determine who was involved in the brawl between these families. They work around the clock to finish the police report, which will include all details about Monday's brawl between the two families settled in Baza.

Five more people were arrested by the National Police for being allegedly involved in the shooting. They are now joining the four already arrested. They identified 13 people the morning of shooting.

Now, the problem is to determine who pulled the trigger on the shotgun that fired the projectiles that severely injured the man. Tomorrow will see the detainees in court. The attempted murder charge will be brought against those arrested.

The conflict between these families created a calm in the area. However, there have not been any further incidents between members of the families in Bastetan.

Yesterday night, the neighbors' loud music caused a brawl between two families. In spite of his serious health, he is making good progress at the capital of Granada. He sustained injuries to his abdomen and chest from at least two shots with a hunting gun.

The injured man was not the only one. The team from the Primary Care Emergency Service, (SUAP), was able to treat another man at the scene in the upper section of Avenida de Cascamorras. They were specifically able to reach the victim in Jesus Fernandez Santos Street. The man, who was slightly injured, was struck by several bullets from one of two weapons used in the fight. He was treated at the scene by doctors who did not need to transport him to a hospital.

At 2:10 am Monday, the National Police was informed to visit Jesus Fernandez Santos Street in Baza. There had been a brawl between more then twenty people. The armed body arrived on the scene to find a shooting and people punching and hitting each other. While police managed to restore order, a private person had already evacuated a wounded gunman whose life was in peril to a hospital.

Other residents in the vicinity were alerted by the National Police and emergency services to the screams and noises from the shooting. They found an area in which twenty people could gather. Most of these were members of two families that live side by side in two houses. A person who is seriously ill or has been admitted to an ICU at a hospital because of the noise level of the music is often excused by it.

‹ ›
Keywords:
HeridoBalaBazaSiguePoliciaBuscaPruebasSaberAutorDisparo
Your comment has been forwarded to the administrator for approval.×
Warning! Will constitute a criminal offense, illegal, threatening, offensive, insulting and swearing, derogatory, defamatory, vulgar, pornographic, indecent, personality rights, damaging or similar nature in the nature of all kinds of financial content, legal, criminal and administrative responsibility for the content of the sender member / members are belong.
Related News