Nigeria caught in a horrific spiral of kidnappings

The truck driver remembers then walking for several hours at gunpoint, in the middle of the night, until he reached a narrow cave in a forest. 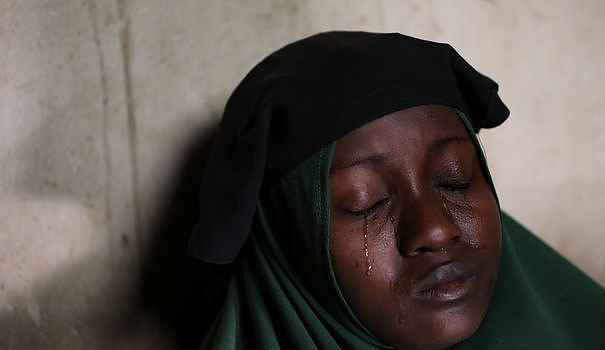 The truck driver remembers then walking for several hours at gunpoint, in the middle of the night, until he reached a narrow cave in a forest. The men said they would "kill us if we tried to escape".

Hostage for three days, the couple was then released after the payment of a ransom of 600,000 naira (1,420 euros) by a relative.

Easy and quick money for criminals, called "bandits" by Nigerians. But for Mohammed, who asked not to be referred to by his real first name, the trauma is still present.

Kidnappings are not a new phenomenon in Africa's most populous country, where Boko Haram jihadists made global headlines in 2014 when they abducted 276 high school girls from the northeast town of Chibok. from the country.

Since then, hostage-taking has become a lucrative industry against which the authorities seem powerless. President Muhammadu Buhari ends his second term criticized from all sides for his inability to put an end to it, as well as insecurity, which has become a crucial issue in the presidential election of February 2023.

Thus, according to estimates by the NGO Acled, there were five times more kidnappings last year in Nigeria than in Mexico and Colombia combined, two countries known for this type of crime.

Rural communities, particularly affected, find themselves ruined by the payment of ransoms and some companies are also spending fortunes to protect their employees.

Like many, Mohammed and his wife did not report their abduction, fearing reprisals and discouraged by outdated justice.

Because, among the handful of kidnappers arrested, most end up in the meanders of a clogged judicial system where investigations are rarely completed.

In Nigeria, kidnappings increased in the 1990s in the oil-rich Delta region (southeast).

For more than a decade, activists have abducted hundreds of oil company employees, including foreigners, to expose unjust resource exploitation and seek a form of redistribution through ransom demands.

Then, two separate actors then turned to the kidnappings.

In the 2010s, jihadist groups were the first to organize mass kidnappings in the northeast, their stronghold, where they are leading an insurrection that has left at least 40,000 dead and more than two million displaced.

Today, it is more the "bandits" who multiply the kidnappings, this time in the north-west and the center of the country.

In Nigeria, data on the number of people abducted is however unreliable and very largely underestimated. According to the NGO Acled, nearly 3,000 people were kidnapped in 2021.

A figure far from reality according to a Western diplomatic source in the capital Abuja, who estimates that there would have been more than double the number of kidnappings with an average of 500 kidnappings per month in 2021.

A spokesman for the Nigerian Security Services (DSS), however, denied the existence of an "epidemic of kidnappings".

They "have expanded because the insurgency has spread," Peter Afunanya told AFP, pointing to the proliferation of weapons and the fact that the jihadists are now striking outside their northeast enclave.

If analysts report alliances between jihadists and criminal gangs, these act a priori without ideology, out of opportunism and the sole lure of profit.

The sudden rise in the number of abductees in Nigeria is also linked to a series of mass abductions. For example, at the end of 2020, more than 300 boys were abducted in one go by bandits from their school in Katsina State.

They were released a week later but this case shocked the country, marking a turning point for many Nigerians, some of whom had resigned themselves to no longer sending their children to school.

Kidnappers also target those with special status, such as priests, nuns or politicians, to collect a much higher ransom, says security analyst Kabir Adamu of Beacon Consulting.

At the end of March, armed men, for example, kidnapped dozens of passengers from the VIP area of ​​a train leaving from the capital Abuja to the northwest.

"At the end of July, 37 hostages were freed for sums starting at 100 million (Nairas, 230,000 euros) per person," said a report by the Nigerian consulting firm SBM Intelligence.

Those who have the means have simply stopped taking the train or the road and use only the plane to get around, thus creating a vicious circle in which certain regions of the country are abandoned to the bandits who prey on the poorer rural communities.

The kidnappers sometimes even ask for food, telephones, motorbikes or sunglasses.

A situation that also aggravates food insecurity in remote areas.

"People no longer go to the fields because they are afraid of kidnappings. The rural economy is completely paralyzed," said Murtala Rufa'i, professor at Ousmane Dan Fodio University (north), specialist in banditry.

The threat of kidnappings is "a nightmare", laments a construction company executive who has been in Nigeria for two decades.

"The consequences on the business are enormous (...) because of the cost of securing our assets", he insists on condition of anonymity. "I have construction sites guarded by 30 soldiers at night".

Partly precisely because insecurity is scaring away investors, the Nigerian security forces say they are "in a hurry" to stop kidnappings.

However, these are under-equipped, underpaid - when they are - and struggle to reduce violence. In their fight against the armed gangs of the north-west and the center, they only manage to gain access to the forests, the hideouts of the bandits.

Ahmad Gumi, a prominent sheikh based in Kaduna state, argues that other solutions exist to end the violence, including a "Marshall plan" for bandits.

According to him, criminals are above all driven by a sense of injustice, many having originally lost property and loved ones in inter-community conflicts.

And when "the bandits surrender and lay down their arms, there is no rehabilitation, no school, nothing at all, so they go back there," he insists.

Musa, a former bandit who does not want to be quoted by his real name, explains that he joined a gang after having his cows stolen by criminal gangs from the northwest.

"Nobody forced me (to join them) but when you have nothing, you find yourself desperate," said the 40-year-old from Zamfara state.

For four years he helped organize attacks but very soon "it became: either you are with us or against us. That's when I decided to leave", says- he.

Nigerians should stop viewing "kidnapping as a way of life or a means of survival", said Peter Afunanya, spokesman for the State Security Services (DSS).

But when seven out of ten Nigerians are under 30 and the youth unemployment rate hits 42%, some will do anything to earn money.

Professor Rufa'i agrees: "The level of poverty and unemployment is on the rise, and the possibility of more people joining the kidnappers is very clear."