Nice attack trial: bear witness to the "atrocity" and pay tribute "to life"

“I will try to show who Camille was, what she had done in her short life. 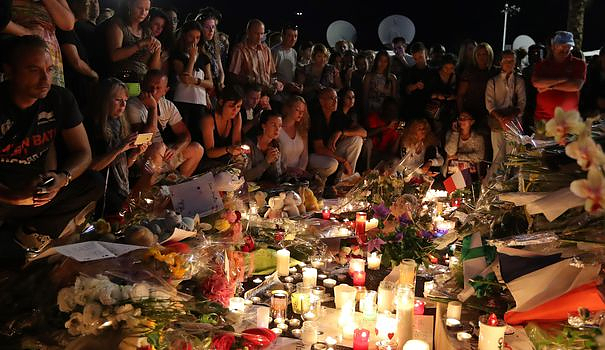 “I will try to show who Camille was, what she had done in her short life. It will be a hymn to life”, thus provides Anne Murris, who will evoke on September 29 her only daughter, killed at 27 by the Mohamed Lahouaiej-Bouhlel's ram truck on July 14, 2016.

This 31-year-old Tunisian deliberately drove into the crowd gathered on the Promenade des Anglais for the National Day, killing 86 and injuring more than 450.

Since September 5, the special assize court in Paris has tried eight defendants, members of the assailant's entourage or suspected of arms trafficking.

After summoning investigators, technical experts and trauma specialists, the court spends five weeks hearing the civil parties who so wish, 288 to date.

Some were present on the Promenade des Anglais the evening of the attack and were injured or traumatized, others lost one or more loved ones, sometimes an entire family.

These depositions will allow "to have a more human point of view on what happened" on July 14, 2016, after the projection last Thursday of video surveillance images of the attack, observes Virginie Le Roy, lawyer for 105 parties. civilians, about fifteen of whom will testify.

"The word of the victims in a terrorist trial is essential to realize the atrocity of the facts", also believes Yves Hartemann, lawyer for around 60 civil parties.

"I don't think I'm going to recount the scene in detail," said Sophie Desvergnes, a musician who played on a stage the night of the attack. She hears "especially about the after", "telling the judges, the public how much our life can be transformed", even if "I did not lose anyone that evening, I was not physically injured ".

The bassist feels some "apprehension" before coming to the bar on October 6, but does not think this will rekindle her trauma. “Things have never been extinguished, they are there permanently in me”.

The testimony is generally "saving", in particular for the victims suffering from post-traumatic stress disorder, often confronted with the incomprehension of the relatives, explains to AFP Héloïse Joly, neuropsychologist in Nice, who has evaluated many victims of the attack and testified Friday at the trial.

To testify, "is to be recognized in the fact of being traumatized, and to see that we are not the only ones to experience this, to understand that it is something normal. It is very guilt-free" , she adds.

The challenge is different for the "mourners", explains Anne Murris, it is "a work against oblivion", to "pay homage" to loved ones who have disappeared "in the solemnity of a court".

"It's an exercise that I dread", confides the president of Memorial des anges, aware that at the helm she will again become "the mother of Camille Murris, plunged back six years, when I was looking for my child" after the attack .

Some have written a text to the word, others have for the moment "bubbles of ideas" in mind, such as Stéphane Erbs, who will evoke September 30 - "the day of my birthday" - his wife Rachel, a of the first victims of the assailant's murderous journey.

The co-president of Promenade des anges, who will speak for a second time on behalf of his 400 members, intends to "highlight the beautiful things we do in the association" - tutoring, outings, equine therapy and shiatsu - "rather than complaining".

He also planned to address the defendants, in particular the three prosecuted for association with terrorist criminals, to "tell them that we are not naive, and that I do not believe in their speech", affirming that they do not did not know the intentions of Mohamed Lahouaiej-Bouhlel.

Conversely, "I don't give them any affect, any thought. I don't even have anger towards them", explains Anne Murris.

"Even if the driver had been in the accused's box, for me it is not revenge, since those who died will not return", also believes Sophie Desvergnes.