A serious accident occurred in the NFL game between the Cincinnati Bengals and the Buffalo Bills: Damar Hamlin, defender of the Bills, collapsed during the game on Monday (local time) after a defensive action in the middle of the first quarter and had to be resuscitated on the field and was then taken to a hospital. 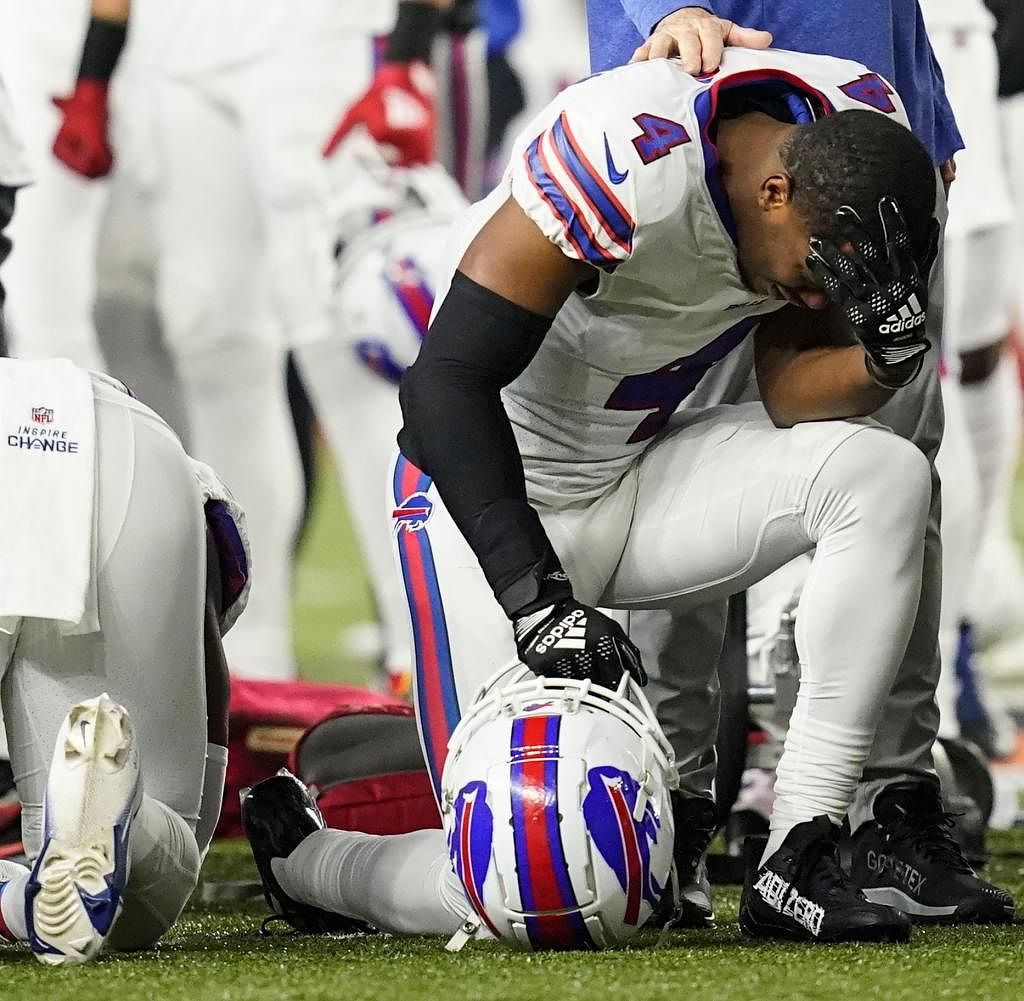 A serious accident occurred in the NFL game between the Cincinnati Bengals and the Buffalo Bills: Damar Hamlin, defender of the Bills, collapsed during the game on Monday (local time) after a defensive action in the middle of the first quarter and had to be resuscitated on the field and was then taken to a hospital. The American Football League said Hamlin's health was "critical". The game was stopped when Cincinnati was 7-3.

“Hamlin received immediate medical attention on the field from the team, independent doctors and paramedics. He was then taken to a local hospital and is in critical condition. Our thoughts are with Damar and the Buffalo Bills. As more information becomes available, we will share it," NFL boss Roger Goodell said in a statement.

Hamlin's agent Ira Turner said: "We don't have an update (on his condition) at this time. Keep the player's family in your prayers.” After Hamlin was transported off the field by an ambulance, players from the Bills gathered and knelt in a circle on the ground together. TV broadcasts showed several of them crying and wiping tears from their faces.

The Bills head coach Sean McDermott, opposite number Zac Taylor and the referees spoke afterwards and it was decided to stop the game for the time being. 90 minutes after the start of the game, the NFL then announced that the game would be abandoned. When and in what form it should be continued was not initially clear. After the game, fans gathered outside the hospital where Hamlin had been taken after his collapse.

‹ ›
Keywords:
NewsteamNFLNational Football League (NFL)Damar HamlinBuffalo BillsCincinnati BengalsUSATweet NFLGames
Your comment has been forwarded to the administrator for approval.×
Warning! Will constitute a criminal offense, illegal, threatening, offensive, insulting and swearing, derogatory, defamatory, vulgar, pornographic, indecent, personality rights, damaging or similar nature in the nature of all kinds of financial content, legal, criminal and administrative responsibility for the content of the sender member / members are belong.
Related News