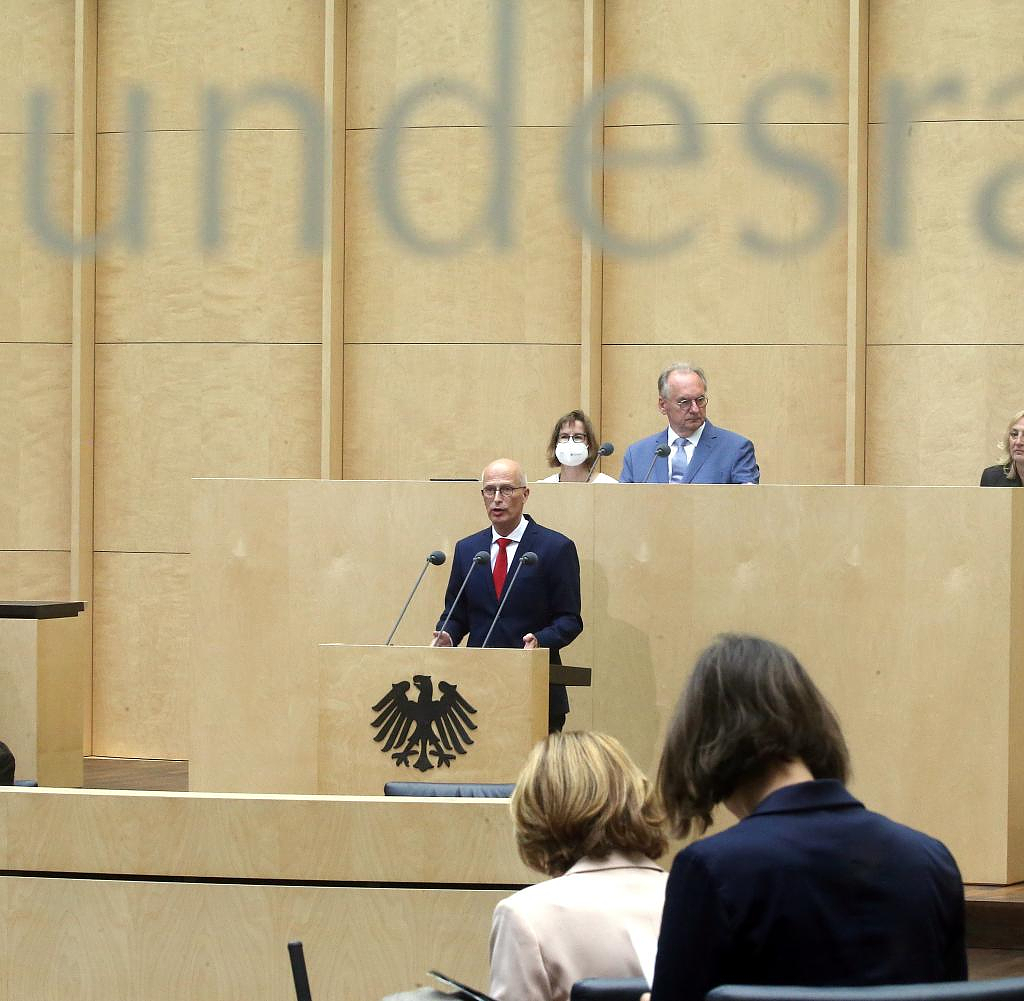 It's been 15 years. At that time, the name of Hamburg's mayor was Ole von Beust (CDU) and on October 12, 2007 he was unanimously elected the new President of the Bundesrat. In a few weeks, the current mayor of Hamburg, Peter Tschentscher (SPD), will succeed him. All federal states provide the highest representative of the Bundesrat on a regular basis. Next year, which starts on November 1st, it's Hamburg's turn again.

Hamburg takes over the presidency of the Federal Council in difficult times, said Tschentscher on Tuesday in the Hanseatic city's town hall. However, crises and challenges could “also unleash unusual forces to achieve something new”. For example, the corona pandemic has shown how a federal system works, in which the federal states have a lot of say, and how the federal states can influence the politics of the entire Federal Republic.

Tschentscher had held an important position during the Corona period under Chancellor Angela Merkel (CDU) as a representative of the SPD-led countries. The medical doctor had repeatedly explained the decisions of the federal and state governments on corona measures at the side of the Chancellor and contributed a lot to the understanding between the states in the background. He is currently deputy to the incumbent President of the Federal Council, Bodo Ramelow (Left Party/Thuringia).

In the year of the Federal Council Presidency, however, Tschentscher not only wants to advertise and mediate internally and externally for the federal system of the Federal Republic when there is "crunching" between the states or in coordination with the federal government. "Hamburg's strength lies in its internationality and cosmopolitanism," said the 56-year-old. Traditionally, the Hanseatic city also stands for fair trade, for democratic rights and freedoms, and values ​​tolerance. "I have the feeling that there is still news to the world."

As President of the Federal Council, Tschentscher will also represent Germany abroad. Trips to Poland, France and the Netherlands are already planned. However, Federal Council Presidents also travel regularly to Africa or Latin America. Here, however, one is still in the process of voting, according to Tschentscher. The year of the presidency is only just beginning.

Almost at the end of the Bundesrat presidency, Hamburg will host the German Unity Day festival from October 2nd to 3rd. It is the second time since 2008. The Hanseatic city has chosen “Open horizons” as its motto. Tschentscher personally worked on the logo, which shows halved spheres above and below a suggested border. Following the templates of previous years, the commissioned agency "Loved" kept the balls in black, red and gold. Tschentscher, however, also wanted to set blue accents. "Blue stands for seriousness and it has a maritime appeal," says the mayor. Many people associate both with Hamburg and so the "spirit" of the Hanseatic city is reflected in the logo.

Not much is known about the festival. It should take place around the Alster and include both the consulates and the other federal states. Hamburg would also like to draw attention to its lively start-up scene and try out new digital entertainment formats. "It will not be Alster pleasure, only with music and stalls," Tschentscher clarified. But of course there will also be music and booths at the festival.

‹ ›
Keywords:
BundesratBundesratspräsidiumBundesratspräsidentenTag Der Deutschen Einheit (3. Oktober)HamburgTexttospeechOle Von BeustCDUSPDMusikAlsterPeter TschentscherBundesrates
Your comment has been forwarded to the administrator for approval.×
Warning! Will constitute a criminal offense, illegal, threatening, offensive, insulting and swearing, derogatory, defamatory, vulgar, pornographic, indecent, personality rights, damaging or similar nature in the nature of all kinds of financial content, legal, criminal and administrative responsibility for the content of the sender member / members are belong.
Related News