After verifying the detection of the virus by the Central Veterinary Laboratory of Algete, the Ministry of Agriculture, Livestock, Fisheries and Sustainable Development declared two new Newcastle disease outbreaks in chicken farms in Huercal-Overa, Almeria. 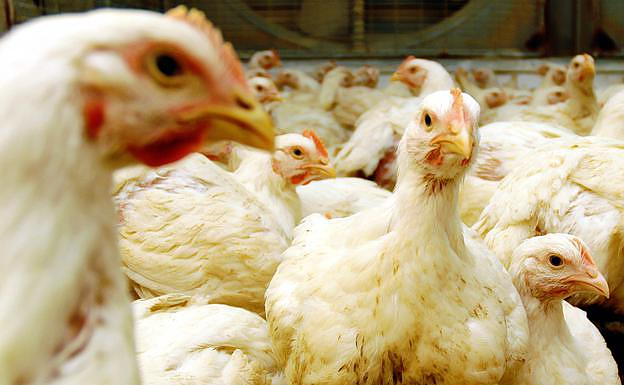 After verifying the detection of the virus by the Central Veterinary Laboratory of Algete, the Ministry of Agriculture, Livestock, Fisheries and Sustainable Development declared two new Newcastle disease outbreaks in chicken farms in Huercal-Overa, Almeria. The three-kilometer radius of restriction was established June 29, following the declaration of the second outbreak, which affected approximately 10,000 six-week-old birds.

Two new broiler farms have been added with an approximate count of 9,980 to 26,900 chickens. After the initial symptoms were detected on July 4, 5, and 6, followed by an increase of mortality over the next days, suspicion was raised about the disease. Andalusia's official veterinary services collected samples and sent them to the Central Veterinary Laboratory of Algete as the National Reference Laboratory for Newcastle Disease, Spain. It was confirmed that this is a highly pathogenic form of the disease. illness.

According to an epidemiological survey, all birds were brought to the farm to be fatten at the beginning May. Since then there have been no movements to the slaughterhouse. It is still unknown where the focus may have come from.

The Junta de Andalucia's veterinary services have taken a series of coordinated control measures with the sector. The immediate immobilization and inspection of affected farms from the time the outbreak is suspected, as well as an epidemiological survey to determine the origin of the outbreak and which farms are at greatest risk because of the movement of people and their vehicles.

The entire affected farm's population is being killed and all carcasses, feed, and other materials that could aid the spread of the virus are being destroyed in an approved treatment plant.

Jesus Aguirre (acting Minister of Health and Families) declared the first epidemic and assured the media that there was no food or health emergency.

Jose Maria de Torres (general director of Public Health and Pharmaceutical Regulation), stated that the disease was being reduced to animal safety because it "a viral disease that only affects birds" and that it can cause conjunctivitis in people in very rare cases. He also said that it "is not a problem to eat chicken meat."

De Torres denied that Newcastle is a zoonosis. This means that the disease is passed from one animal to another. He stressed that although it is a health issue for animals, he must emphasize that it is not a problem with food.

Newcastle disease is a common viral infection in poultry flocks and is widely spread around the globe. This virus is only found in birds and can be transmitted through contact with infected animals. It is not a threat to human health from the perspective of food safety.

The General Directorate of Agricultural and Livestock Production of Ministry of Agriculture, Livestock, Fisheries and Sustainable Development recommends health prophylaxis, including the use of vaccines and the strengthening of biosecurity measures on poultry farms, particularly those that are aimed at avoiding direct contact with wild birds. It is recommended that passive surveillance be strengthened in both poultry farms as well as wild birds. Any suspicion of disease should be reported to the official veterinary service.

‹ ›
Keywords:
EnfermedadNewcastleAfecta36880PollosHuercalovera
Your comment has been forwarded to the administrator for approval.×
Warning! Will constitute a criminal offense, illegal, threatening, offensive, insulting and swearing, derogatory, defamatory, vulgar, pornographic, indecent, personality rights, damaging or similar nature in the nature of all kinds of financial content, legal, criminal and administrative responsibility for the content of the sender member / members are belong.
Related News