New race for power in the UK, Johnson ready to try a comeback

No candidate has yet officially declared himself for this election internal to the Conservative Party in power, but according to the British press, the former head of government is ready to launch into the arena, a little more than three months after having been forced to resign after an accumulation of scandals. 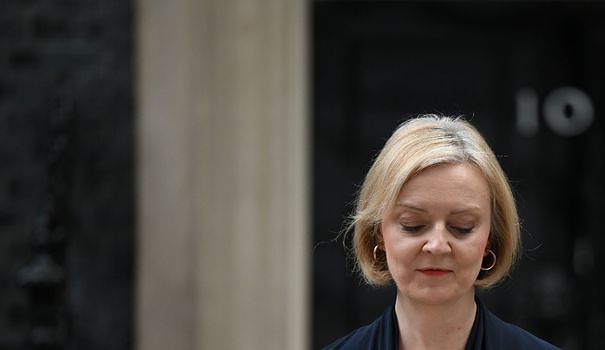 No candidate has yet officially declared himself for this election internal to the Conservative Party in power, but according to the British press, the former head of government is ready to launch into the arena, a little more than three months after having been forced to resign after an accumulation of scandals.

"Bojo: I'll be back", headlines the tabloid The Sun. Among other conservative newspapers, the Daily Telegraph points out that Johnson poses as a potential savior from an announced election rout, and claims that he is extending an olive branch to his ex-finance minister Rishi Sunak. The Daily Mail headlines the possible duel between the two men, citing a possible hasty return for Johnson from his vacation in the Caribbean.

On the left, the tabloid Daily Mirror takes up in large letters the slogan of the leader of the Labor opposition Keir Starmer: legislative elections “NOW”, without waiting for the end of 2024-beginning of 2025 as planned.

Behind the scenes, the various aspirants are counting their supporters to reach the threshold of 100 sponsorships required by Monday at the start of the afternoon. The name of the winner will be known no later than next Friday.

Those close to Boris Johnson highlight the legitimacy he derives from his electoral triumph at the end of 2019. His opponents recall the succession of lies and embarrassing cases of the three years of his mandate, which have left deep traces. Some Tory MPs are even warning they will quit if Johnson returns.

A fervent supporter of Boris Johnson, his ex-Minister of Culture Nadine Dorries praised the former leader as a "winner", which "the party needs to survive".

"He had his chance," said David Lidington, a former member of Theresa May's government, on the BBC.

Seen by the Johnson camp as a traitor who precipitated Johnson's downfall, Rishi Sunak was the preferred candidate of the Conservative MPs, before being finally dismissed in favor of Liz Truss by the adherents.

The current Minister for Relations with Parliament, Penny Mordaunt, the darling of Tory activists who came third, is also a very serious candidate.

Whoever the future Prime Minister is, he will lead a party plagued by divisions in the face of opposition at the highest level in the polls, but above all of a country plunged into a serious crisis of the cost of living.

Inflation exceeds 10%, the highest for 40 years, in a tense social context in the United Kingdom, where strikes have multiplied in recent months, especially in transport.

The future head of government will be the fifth since the Brexit referendum in 2016 and the third in two months. A pace that, some observers on Twitter have mocked, would allow King Charles to break his mother Elizabeth II's record of 15 prime ministers by the summer of 2024.

In order for a new Prime Minister to be appointed by Friday, October 28, an accelerated process has been put in place by the Conservative Party, in power for twelve years.

The threshold of 100 sponsorships thus limits the number of candidates to a maximum of three, the party having 357 deputies in the House of Commons.

Then, the deputies will have to either agree on two names that the 170,000 members of the party will have to decide between by an online vote by October 28, or on the name of a single person who would then immediately enter Downing Street. . In the meantime, Liz Truss remains in power.

Arrived on September 6 at her post, Liz Truss was carried away by a deep crisis of confidence after reversals to calm the storm on the markets triggered by the budgetary announcements of her government.

She broke unpopularity records and landed the unenviable title of Britain's most fleeting prime minister ever.