New mural for the LGTBI collective

A new mural is featured in the Antonio Munoz Molina Round. 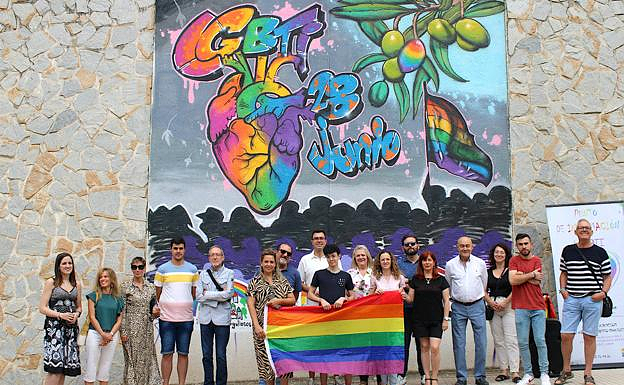 A new mural is featured in the Antonio Munoz Molina Round. It aims to make the LGTBI community more visible in the city. This is an initiative that the Departments of Equality and Youth collaborated on and was created by Ubet Tomas Sorio.

Diego Cano Jimenez (City Councilor for Youth) revealed that the City Council works throughout the year in support of the LGTBI community. However, it is only during June that they intensify their efforts, taking into consideration the International Day of the Pride (June 28,). He stated that "We must join forces to claim their freedoms and rights."

The mayor stated that both the Ubetenses as well as tourists visiting the municipality visited the space and agreed it was the best place to photograph an artistic work.

He also highlighted the work of Tomas Soriano from Ubet, who had previously collaborated with the City Council in other instances. He added, "We wanted to give visibility to artists in our municipality and to appreciate their talent."

The mural is composed of three parts. The lower section features a group of people holding the rainbow flag, which symbolizes the group's rights and freedoms being protected. The heart in the middle contains the LGTBI identifying colours. This is where you can express your love and support others. The third section is a nod towards Jaen, the land of olive trees.

Antonia Olivares was the mayor. Other councilors of the corporation, employees of the public and representatives from the 'Casa de las Torres School of Art were also present at the presentation ceremony. The Councilor for Equality Francisca Isabel Millan read a manifesto to mark International Pride Day. She stressed that "We will continue to work to make our city a beacon for peace, equality and diversity, enthusiasm, freedom, and peace."

He recalled that the International LGTBI Pride Day, which is celebrated every June 28th, serves as a reminder about the 1969 riots in New York, where a group of mostly trans people rebelled against the repressive police's attitude simply because they were different. He explained that this date was made a National Day in the country in 2018 to recognize the struggles of LGTBI people and the work of organizations.

Millan stated that the City Council is determined to eradicate hatred and discrimination which affect too many people every single day. We are aware of the link between increased crime and the spread of lies-based speeches that promote hatred towards many people. We are aware that hate can be defeated by unity, and lies can be fought with facts. Therefore, it is crucial that we work together towards a common goal: equality for all members of the LGTBI community. He stated that the only way to end the hate speech against this group is by reaching a great social agreement between the various political forces represented in the Consistory.

‹ ›
Keywords:
NuevoMuralVisibilizarColectivoLgtbi
Your comment has been forwarded to the administrator for approval.×
Warning! Will constitute a criminal offense, illegal, threatening, offensive, insulting and swearing, derogatory, defamatory, vulgar, pornographic, indecent, personality rights, damaging or similar nature in the nature of all kinds of financial content, legal, criminal and administrative responsibility for the content of the sender member / members are belong.
Related News 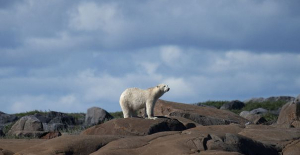 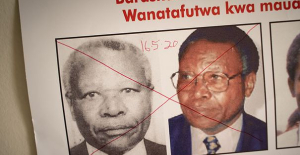 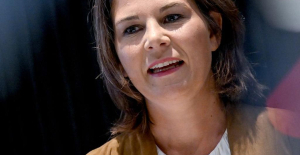