New interactive tourist information points have been added to the city. 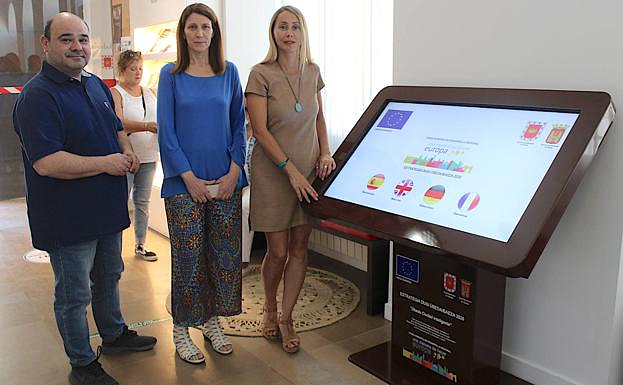 New interactive tourist information points have been added to the city. They are part of an initiative called "Ubeda intelligent city" and were co-financed in part by the European Development Fund Regional under the Sustainable Growth Operational Program (POCS), 2014-2020. These new points are integrated into the multiregional operational program of FEDER Spain.

Elena Rodriguez, the Councilor for Tourism, stated during the presentation that Ubeda received this European aid and that she has been working in her region to develop strategies that will position Ubeda as a leader in the development of ICTs. This third pillar is what will make Ubeda a true Smart City. It joins the intelligent monumental signage system and the visitor counting system.

These interactive points provide information about culture, heritage and tourism as well as youth, business, and sport. Information that is of value to all visitors. Three interactive points were installed in the Santiago Hospital, La Central, and Tourist Office. He stated that they are accessible to persons with functional diversity and the content is available in four languages.

Rodriguez praised Baudi Multimedia's work, which was "exceptional" and up to the Ubeda City Council's expectations.

The Councilor for Tourism stated that the information will be updated by the various areas of Commerce, Tourism and Citizen Participation. She said that "all of them have done an admirable job to have, right now, all the updated information at the disposal of users with the goal of making the destination more appealing."

He also appreciated the efforts of the government team in renovation, modernization, and adaptation to smart tourism development. He stated that the city had become a landmark in Andalusia and was now going through a transformation in tourism development to strengthen the tourism capital of the region.

According to the mayor, Ubet is part of the DTI Network (Intelligent Tourist Destination), which SETUR (Secretariat of State for Tourism) promotes. "We were included in the guide to good practices a few months back, along with 39 experiences from both national and international destinations. This was due to our intelligent monumental signage which promotes and modernizes the destination. She concluded that this indicates that we are on a good track.

‹ ›
Keywords:
NuevosPuntosInteractivosInformacionTuristica
Your comment has been forwarded to the administrator for approval.×
Warning! Will constitute a criminal offense, illegal, threatening, offensive, insulting and swearing, derogatory, defamatory, vulgar, pornographic, indecent, personality rights, damaging or similar nature in the nature of all kinds of financial content, legal, criminal and administrative responsibility for the content of the sender member / members are belong.
Related News