Orbiting red dwarf stars, which are smaller and cooler than our Sun, are three different types of planets: those with extensive dense atmospheres, planets with a very high proportion of water in liquid or solid form, and rocky planets similar to Earth. 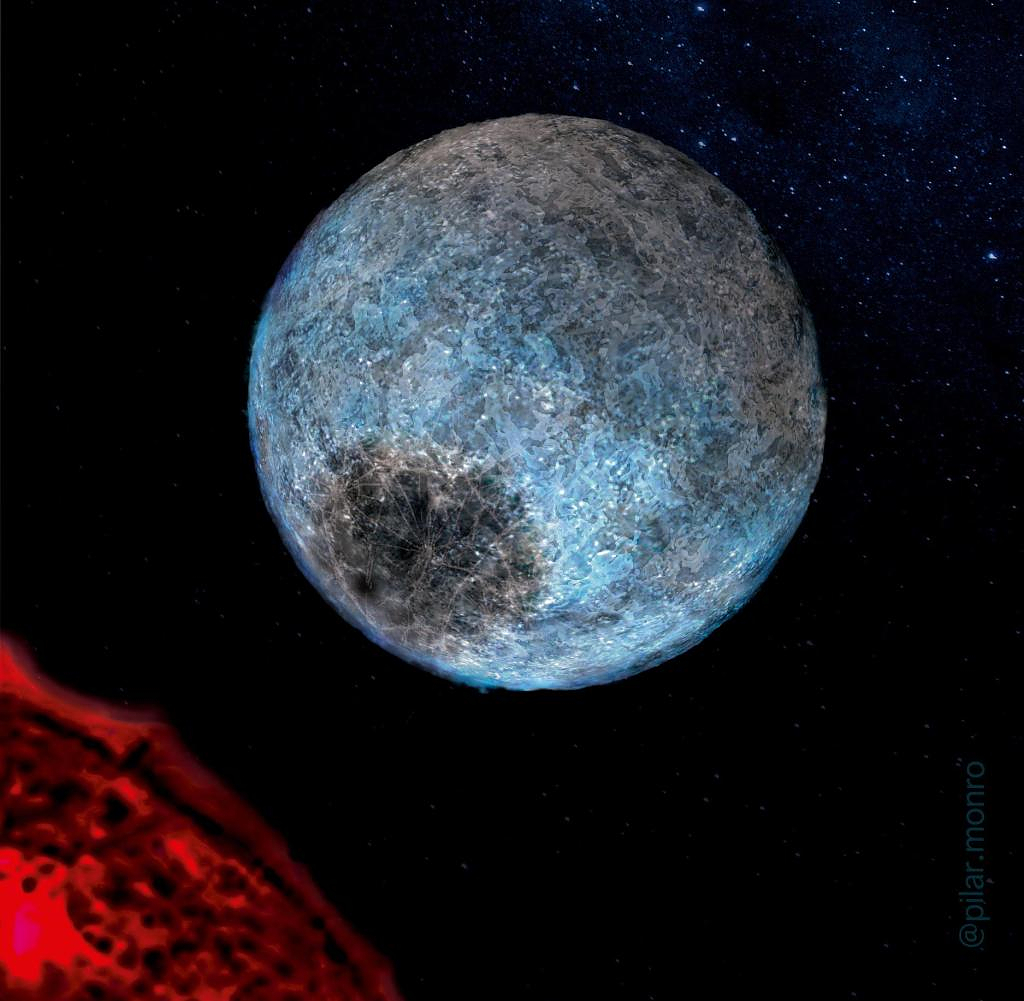 Orbiting red dwarf stars, which are smaller and cooler than our Sun, are three different types of planets: those with extensive dense atmospheres, planets with a very high proportion of water in liquid or solid form, and rocky planets similar to Earth. This is shown by the precise analysis of archive data, in particular from the TESS space telescope, by two astrophysicists from Spain. All of these planets are good candidates for the analysis of their atmosphere with the new James Webb Space Telescope - also for the search for extraterrestrial life, according to the scientists in the journal "Science".

Red dwarf stars are of particular interest to astronomers searching for planets for a number of reasons: they are the most common type of star in our Milky Way. And they are easier to see planets passing in front of them as seen from Earth than larger stars. Because they cover a larger part of the star during such a "transit" and thus weaken its light more.

TESS, a space telescope launched by the US space agency Nasa in 2018, specializes in the search for such periodically occurring weakening of starlight. Rafael Luque from the Andalusian Institute for Astrophysics and Enric Pallé from the University of La Laguna on Tenerife have now subjected the red dwarf planets discovered by TESS to a detailed analysis. The researchers focused on planets that are no more than four times larger than our earth.

Previous research had suggested that there were two different sized types of planets in this area. Astronomers suspect that while the smaller ones are rocky planets similar to Earth, the larger ones have extensive atmospheres of helium and hydrogen and therefore appear larger.

However, in order to verify this conclusion, the mass and therefore the density of the planets would also have to be known. That's exactly what Luque and Pallé did - and in the process stumbled upon the surprising result that there are not two, but three different types of planets in red dwarf stars.

While the size of a planet can be directly read from the amount of light attenuation during a transit, determining its mass is difficult. Because this requires precise measurements of the movement of the red dwarf star: Strictly speaking, a planet does not orbit its star, but both move around their common center of gravity, the star, however, much less due to its greater mass - this makes this movement more difficult to measure.

However, for a total of 34 planets near red dwarfs, Luque and Pallé were able to find sufficiently accurate measurements in the data archives and thus determine the mass and density of these celestial bodies. In addition to the already known rocky planets and a few with an extensive gas envelope, the two researchers found a large number of planets with a density that corresponds to a mixture of about half rock and half water.

These water-rich planets may have formed farther from the star -- because there is more water there during the formation phase -- and only later entered closer orbits, Luque and Pallé suggest. This is also supported by the fact that the pure rock planets are always closer to the star than the water planets.

Depending on the distance of a planet from its star, life-friendly conditions are conceivable for all three types. This makes all of these planets suitable targets for the search for "biosignatures" in their atmospheres - ie for substances that indicate the existence of life.

‹ ›
Keywords:
AstronomieAstrophysikZwergsterneSterneAußerirdischeRote ZwergsternenPlanetWeltraumSpanienRote ZwergTESSGesteinsplanetenFachblatt ScienceMilchstraßeRote ZwergsternPilar Montañé
Your comment has been forwarded to the administrator for approval.×
Warning! Will constitute a criminal offense, illegal, threatening, offensive, insulting and swearing, derogatory, defamatory, vulgar, pornographic, indecent, personality rights, damaging or similar nature in the nature of all kinds of financial content, legal, criminal and administrative responsibility for the content of the sender member / members are belong.
Related News