New elections in Israel, Netanyahu aims for a return to power 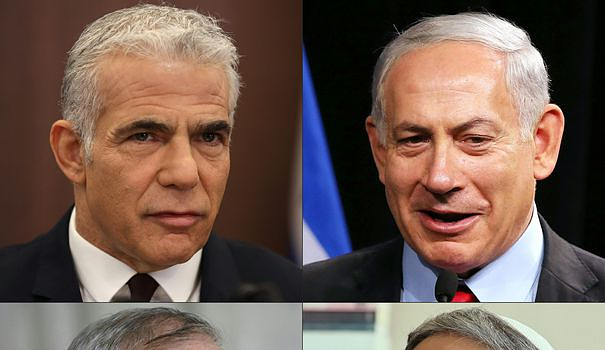 If Mr. Netanyahu fought his last electoral battles with the cap of "Rosh HaMemshela", "Prime Minister" in French, he is entering the ring this time in the position of leader of the opposition against the head of the outgoing government, Yaïr Lapid.

The latest polls still place Mr. Netanyahu's Likud in pole position with just over thirty seats out of the 120 in the Knesset, Parliament, ahead of the Yesh Atid formation ("There is a future") of Mr. Lapid who progresses to the point of being credited with 24 to 27 seats.

Follow behind a dozen parties whose results will be crucial for the possible formation of a government, in particular for Mr. Netanyahu who says he is seeking to gather 61 seats, the threshold of the majority, with the support of ultra-Orthodox parties and the 'far right.

The far-right alliance of Bezalel Smotrich and Itamar Ben Gvir won six seats in the 2021 elections, but today is credited with around 14 MPs according to polls, which now puts “Religious Zionism” third place on the political spectrum.

By bringing together these voices, Benjamin Netanyahu flirts with the threshold of majority without however reaching or exceeding it, note the barometers commissioned by the Israeli media.

A former star journalist, Yaïr Lapid gathered last year a heterogeneous group of parties hostile to Benjamin Netanyahu and ousted this longest-serving Prime Minister from power in the history of Israel, who led the governments from 1996 to 1999 and from 2009 to 2021.

Today, this motley coalition remains five or six seats from the threshold of a majority and will have to cast its net even wider if it wants to stay in power.

"Lapid knows he can't reach 61 MPs directly, so his goal is that Netanyahu doesn't get there on his side with his allies," one of his relatives told AFP.

“Lapid says he is the only one who can muster the anti-Netanyahu vote. His goal is to increase support for his party, but he must also ensure that his potential partners meet the eligibility threshold,” notes Gayil Talshir, professor of political science at the Hebrew University of Jerusalem.

In the proportional system in force in Israel, the parties must obtain a minimum of 3.25% of the vote to elect deputies (ie a minimum of four).

However, several parties oscillate around this threshold. Their ability to achieve or exceed it is closely linked to the rate of participation in this new electoral cycle.

Despite "absolute fatigue" among voters, political analyst Dahlia Scheindlin expects a still high turnout in the ballot that could seal the political fate of Benjamin Netanyahu and his government project with the far right.

If the voters "have not changed significantly in recent election cycles", the game of alliances could change, depending on the outcome of each, she told AFP.

For these elections, the Arab parties, which are more hostile towards Mr. Netanyahu, are running in dispersed order, in three blocks, hence the risk that some of them will not cross the eligibility threshold.

"It is clear that the Arab parties are going through an internal crisis," Mansour Abbas, head of the Raam party, which last year became the first Arab party in Israel's history to support the outgoing coalition, told AFP. by Mr. Lapid.

If he manages to muster a majority of 61 seats, Netanyahu, who published his memoirs two weeks before the poll, could try to get immunity voted by Parliament.

But if not, he "could negotiate a sentence with the courts", notes Ms. Talshir. "And with the publication of his memoirs, it's like he's setting the stage for his departure."