The Jaguar C-Type is said to be over 70 years old and barely a kilometer on the clock? Inside it's cramped, driving requires all your senses to keep the car on track. 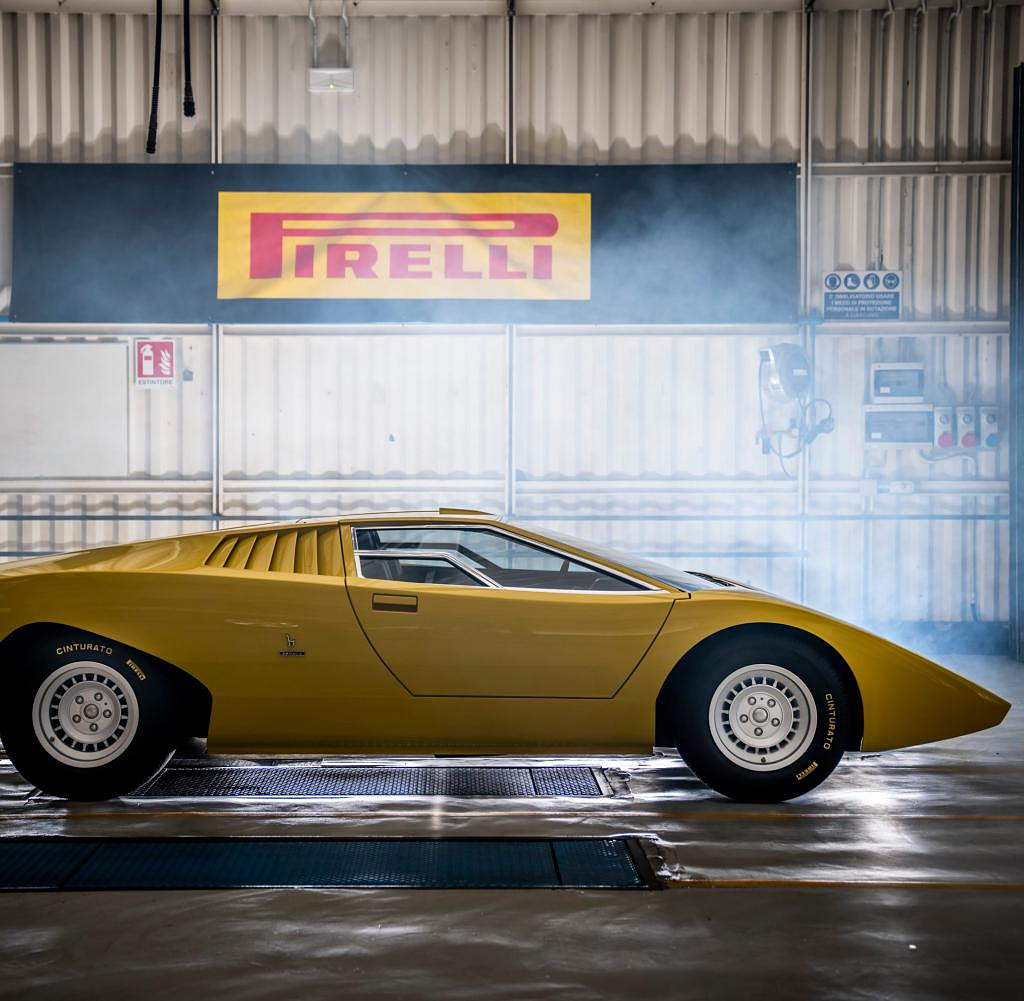 The Jaguar C-Type is said to be over 70 years old and barely a kilometer on the clock? Inside it's cramped, driving requires all your senses to keep the car on track. But if you take a quick look around while catching your breath, you start to ponder.

Fresh leather, smooth shiny paint and a ridiculously low mileage - nothing to suggest that a multimillion-pound classic car and racetrack veteran is being driven around the test track here.

And yet the technology is antiquated, the gearshift is sluggish, the steering is difficult, playing with the clutch, gas and brakes requires sensitivity in the foot. Electronic assistants, like airbags, are in vain.

A 176 kW/240 hp six-cylinder engine with a displacement of 3.4 liters roars under the hood. He has heard just as little about electronic injection as about catalytic converters or particle filters. The engine looks and drives exactly as it did when Peter Walker and Peter Whitehead drove the C-Type to Jaguar's first Le Mans 1951 victory in 1951. Except that it shows no signs of wear either.

You have to understand the confusion. After all, the C-Type basically looks like it was built in 1953 - and it's still a new car. Because what is blowing through the summer in the Midlands with an angry roar is the first C-Type from the so-called Continuation series. With her, the British revive famous models.

"Using the latest technology, we rebuild the cars based on old plans using original materials," says David Foster, one of around 200 employees at Jaguar Classic in Coventry.

This already has a method in the British classic department: Jaguar started with the so-called lightweight version of the E-Type from 1963. This was followed by the XKSS from 1957 and then the D-Type, with the Jaguar from 1955 to 1957 became the serial winner at Le Mans.

Jaguar managers initially tried to find a historical justification and pretended to close the gaps in history: "18 examples of the E-Type were planned, but only 12 were built. We've caught up on the rest now," says Foster. With the XKSS, nine of 25 chassis numbers had become free again due to a fire in the warehouse, and with the D-Type they have filled the 100 series that was originally planned with the 25 Continuation models.

But the C-Type lacks such a justification. And the British no longer see it quite so strictly: "If there is demand from collectors and there is business for us, then such a project has good chances," says Jaguar Classic Manager Foster.

And business can obviously be done with it: the construction of each individual vehicle takes up to 10,000 working hours, and that's not even counting the two or three years in the archive and in the design. But with prices between 1.2 and 1.75 million pounds plus taxes, apparently enough is still hanging.

No wonder other manufacturers have long since jumped on the bandwagon: According to spokesman Wayne Bruce, at the end of 2020 Bentley replicated a dozen of the blowers that Bentley Boy Tim Birkin used (albeit unsuccessfully) in Le Mans in the late 1920s started.

And because they obviously sold very well, another twelve copies of the Speed ​​Six, which won the Sarthe in 1929 and 1930, were announced this summer.

Aston Martin has practiced this too: in 2017, the company recreated the DB4GT from the 1960s for £1.5m each, and then pushed another 19 copies of the DB4GT Zagato. Expensive fun: because it was only available in a double pack with a current DBS Zagato, it cost over eight million euros.

The absolute highlight of this development is the DB5 from the James Bond film Goldfinger, which the British also reissued for the 25th anniversary of the 007 series - including rotating license plates, machine guns filled with blank cartridges behind the headlights and the bullet trap in the rear . Only the ejection seat for the passenger is not available for money and good words - although the 25 customers have to pay four million euros for the car.

Although this game with the times is predominantly a British peculiarity, it has recently also found a prominent imitator in Italy. Because in 25,000 working hours, an unnamed collector from Switzerland had the prototype of the first Countach built at Lamborghini.

However, according to Lamborghini man Alessandro Farmeschi, there is one crucial difference: unlike Jaguar

There is nothing legally wrong with the replicas, says classic car specialist Frank Wilke from Classic Analytics in Bochum. First of all, the manufacturers don't make any secrets about the new year of construction. And secondly, unlike outside companies, they literally have every right to such replicas and – thirdly – ​​strive for maximum authenticity.

And, as Wilke defends the Continuation series: They not only use old construction sketches, materials and methods, but often justify the replica with fateful gaps in the production statistics.

And yet Frank Wilke thinks it's a waste of money, with which the manufacturers cannibalize their history and secure an income. "We are not a club, but a business and have to make a profit," Jaguar man Foster justifies the strategy.

His colleague Mike Sayer at Bentley takes his response even higher: "Projects like this allow us to develop new capabilities to care for, protect and preserve historic Bentleys - both originals and continuations," he says. "So that these special cars remain operational for the future."

The owners probably don't care about such questions, believes classic expert Wilke. It is not without reason that the Continuation Series are usually sold long before the first car is even delivered.

"Because firstly they save a lot of money if the original is ever offered for sale at all." For the C-Type, for example, Jaguar man Foster estimates the price difference at up to six million pounds. "And secondly, they usually get the better car," says Wilke.

Why it is like that? Because work is more precise today than it was then and because a racing car like the C-Type shouldn't just last 24 hours, but ideally for several generations, says David Foster. And the fact that you can rely on the brakes and modern seat belts this time is probably no harm when you're chasing through the steep curves at 200 km/h in an antique aluminum pan.

‹ ›
Keywords:
TexttospeechOldtimerGebrauchtwagenAston MartinJaguarLamborghiniCoventryApple PodcastLamborghini CountachLe MansAutoDavid FosterJaguar ClassicAmazon MusicSchweiz
Your comment has been forwarded to the administrator for approval.×
Warning! Will constitute a criminal offense, illegal, threatening, offensive, insulting and swearing, derogatory, defamatory, vulgar, pornographic, indecent, personality rights, damaging or similar nature in the nature of all kinds of financial content, legal, criminal and administrative responsibility for the content of the sender member / members are belong.
Related News