Nevada Gov. According to a police report, Steve Sisolak was found at fault and he and another driver were both ticketed for traffic violations following a Las Vegas two-car accident. 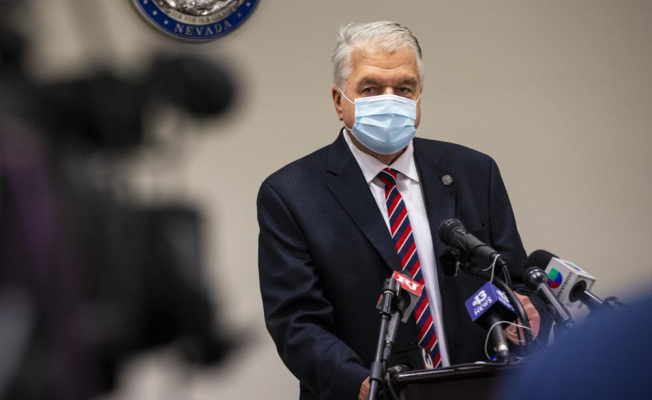 According to Wednesday's accident report, both the Democratic governor and the 30-year old woman driving the other vehicle suffered minor injuries in the Sunday afternoon collision at an intersection several miles west from the Las Vegas Strip.

Sisolak (67) was cited because she failed to yield to traffic in front of her. The woman was also ticketed for speeding.

Sisolak's Lexus SUV made a left turn at a traffic light on a flashing yellow Arrow into the path the Nissan Sentra of the woman, who police stated had a green signal.

The identity of the woman has not been released. The crash was captured by surveillance cameras at a nearby business, according to police.

The SUV of the governor spun around and crashed into the landscaping, while the Nissan hit a traffic signal pole, knocking that over.

Police said that the woman was given a sobriety test, but not the governor. There were no signs of impairment.

Sisolak's office stated Thursday that the accident occurred while Sisolak was traveling to a family member’s home. They referred any questions to Las Vegas police as well as reports from the Nevada Highway Patrol.