NDR sees no violation at Göring-Film

In the felt affair about the dismissed RBB director Patricia Schlesinger, the ARD docu-drama "The Good Goering" has also come under criticism - according to the result of an examination by the Norddeutscher Rundfunk (NDR), everything went correctly in the production . 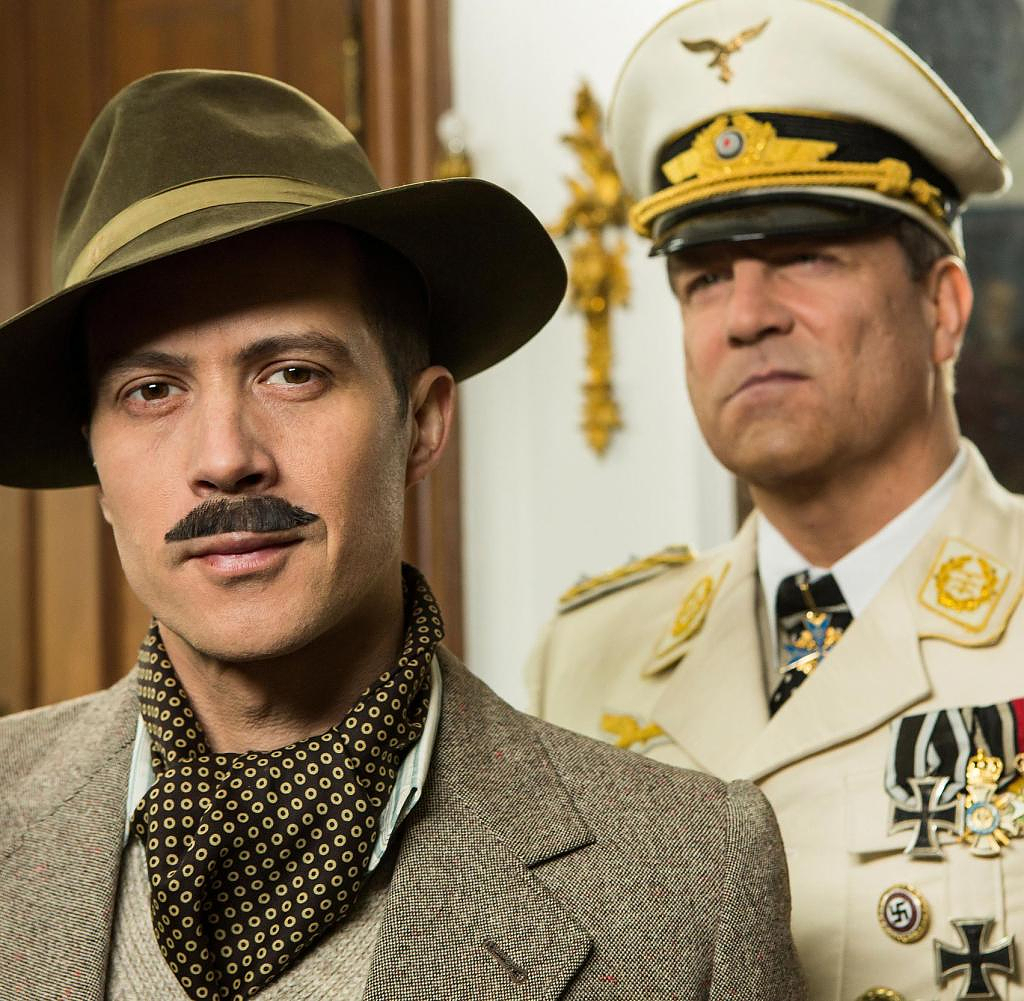 In the felt affair about the dismissed RBB director Patricia Schlesinger, the ARD docu-drama "The Good Goering" has also come under criticism - according to the result of an examination by the Norddeutscher Rundfunk (NDR), everything went correctly in the production . The public broadcaster announced on Tuesday: The special test commissioned by NDR came to the conclusion “that the colleagues involved in production and editing acted and worked appropriately. Even the NDR's anti-corruption officer, who was called externally, did not identify any reproachable behavior after a thorough examination.

Schlesinger's husband Gerhard Spörl had worked as a screenwriter on the NDR/BR film that was broadcast in 2016 - during this time she was head of the NDR program area. Schlesinger is exposed to accusations of felt and nepotism in her time as RBB boss. The Berlin Public Prosecutor's Office is investigating the 61-year-old, her husband and ex-"Spiegel" journalist Spörl and the resigned station chief inspector Wolf-Dieter Wolf on suspicion of infidelity and acceptance of benefits. It is the presumption of innocence. Schlesinger and Wolf rejected allegations.

According to NDR information, the RBB case led to the processes for the documentary drama being re-examined. The question was whether there were any advantages in the award of the contract due to the private relationships.

"The relevant compliance rules of the NDR were observed. There were no indications of irregularities during the audit," it said. Compliance means monitoring a set of rules that an organization has in place to prevent corruption, for example.

The docu-drama is about the brother of the Nazi Hermann Göring. According to earlier NDR information, the two screenwriters Jörg Brückner and Gerhard Spörl were engaged via the production company of ARD talker Sandra Maischberger.

The NDR state broadcasting council in Hamburg meanwhile wants to meet for a special meeting on September 14 after the allegations against the director of the NDR state broadcasting house in Hamburg, Sabine Rossbach. "The Hamburg State Broadcasting Council takes the allegations very seriously and will deal with them at an extraordinary meeting," NDR quotes the chairman of the control body, Thomas Kärst, as saying on its website.

Rossbach was criticized last weekend because, according to media reports, she allegedly used her position as head of the NDR radio station for nepotism. As the news platform "Business Insider" reported, Rossbach's older daughter Anna Hesse, as the owner of a PR agency, is said to have placed her customers in NDR programs for years. The younger daughter got a coveted permanent position at the station.

Rossbach had rejected the allegations in a written statement. In daily exchanges with the NDR editors, she often forwards topics from various organizers and agencies to employees, including "occasional" press releases from her daughter's agency, she said in a statement on the NDR website. "At no point did I ask editors to decide against journalistic standards," says Rossbach. She was not involved in the hiring process of her younger daughter and of course "didn't have any influence".

‹ ›
Keywords:
TexttospeechNDRSchlesingerPatriciaLauterbachJörnRossbachSabineARDBRHamburgKrimiPatricia SchlesingerHermann GöringGerhard Spörl
Your comment has been forwarded to the administrator for approval.×
Warning! Will constitute a criminal offense, illegal, threatening, offensive, insulting and swearing, derogatory, defamatory, vulgar, pornographic, indecent, personality rights, damaging or similar nature in the nature of all kinds of financial content, legal, criminal and administrative responsibility for the content of the sender member / members are belong.
Related News