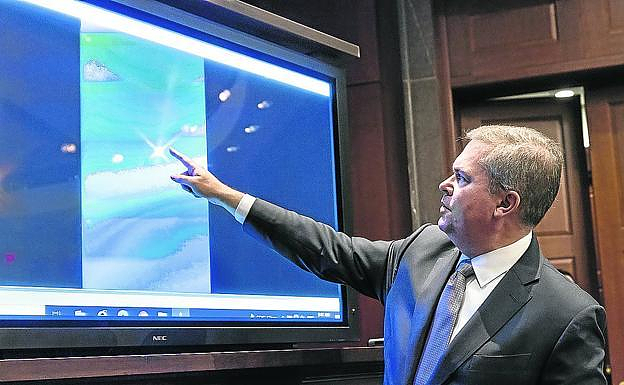 NASA has appointed an independent team to study unidentified air phenomena (UAP). The team, which will be led by David Spergel (a Princeton University professor), will begin work in the fall. Their research is expected to last for nine months.

National security and aviation safety are both at risk from unidentified phenomena in our atmosphere. NASA stated in a statement that determining which events are natural is a crucial first step towards identifying or mitigating these phenomena. This aligns with NASA's goal to ensure aircraft safety. He added that there is no evidence that UAPs are extraterrestrial in origin.

UAP is the name that the Pentagon has used for years to refer to what it used as unidentified flying objects, or UFOs. Name changes were made to reflect the desire to separate the strange aerial objects' observations from the myth of extraterrestrial visitors. The UAPs have been detected in military aircraft and during maneuvers. This is what worries the Defense in Washington. This is exactly what led to the US military investigating the sightings of flying saucers at the beginning of the 20th century.

In 2017, the Pentagon's interest was reflected in three videos that were taken by fighters on the hunt for such objects. The Senate commissioned the authors to count 144 UAP cases since 2004. Of these, they could only identify one: a balloon that had deflated. The Pentagon stated that UAP intrusions into our training ranges or airspace could pose flight and operational safety risks and could be a threat to national security.

A US Navy fighter captured one of the UAPs. Defense Department

Last year's study authors admitted that the 143 cases that were not yet identified could have conventional explanations, such as weather phenomena, birds, and planes... but that 80 of the cases in which UAPs appeared to perform impossible maneuvers could be due "sensor errors". Observer's perception, falsification, or misperception. The report did not mention aliens.

Ronald Moultrie (US Undersecretary for Defense Intelligence and Security) and Scott Bray (Deputy Director of Naval Intelligence), appeared before a House Intelligence Subcommittee and stated that there had been 400 cases since 2004 of UAP. The first stated that "We know our military has encountered unidentified air phenomena" and promised to make a concerted effort to identify their origins.

The space agency sponsored the new team of experts. They "are not part of either the DoD's Unidentified Aerial Phenomena Task Force, or its successor, Aerial Object Identification and Management Synchronization Group."

Thomas Zurbuchen (associate administrator, Science Mission Directorate), stated that NASA believes the tools of science can be powerful and could also apply to this area. "We have the ability to observe Earth from space and that is what fuels scientific research. We have the equipment and tools that will allow us to improve our understanding of the unknown. This is science at its core. This is what we do.

Given the lack of observation data, our first task will be to collect the best dataset possible. Spergel stated that we will determine what data exists, whether it is from civilians, government, nonprofits, or businesses, and then how to analyze it. His team will receive advice from scientists and aeronautical professionals. Their conclusions and the data they are based will be posted on the NASA website.

‹ ›
Keywords:
NASACreaGrupoCientificosEstudiarFenomenosAereosIdentificados
Your comment has been forwarded to the administrator for approval.×
Warning! Will constitute a criminal offense, illegal, threatening, offensive, insulting and swearing, derogatory, defamatory, vulgar, pornographic, indecent, personality rights, damaging or similar nature in the nature of all kinds of financial content, legal, criminal and administrative responsibility for the content of the sender member / members are belong.
Related News