During the tour of this bunker, I keep thinking: What if an emergency were to happen now? If bombs fell and we were "trapped" here with thousands of others, fleeing, an emergency community, randomly thrown together in a confined space. 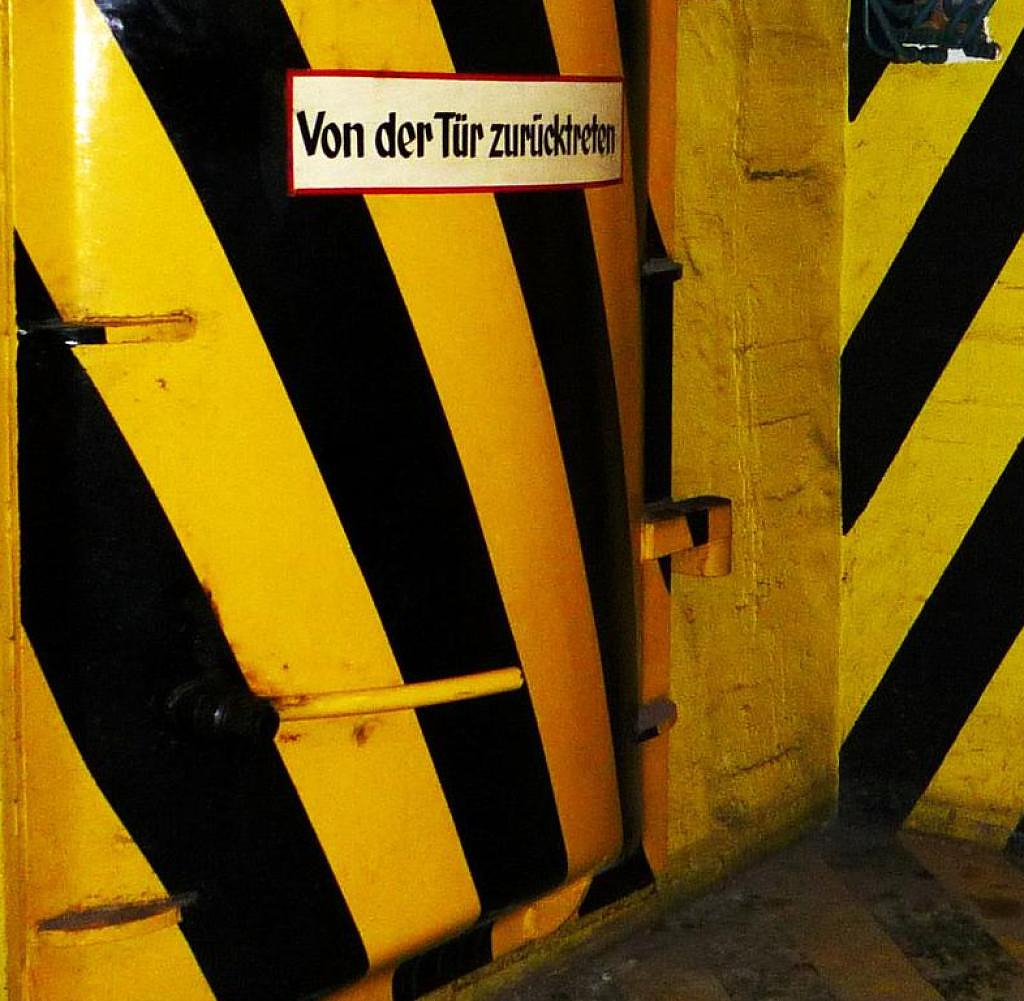 During the tour of this bunker, I keep thinking: What if an emergency were to happen now? If bombs fell and we were "trapped" here with thousands of others, fleeing, an emergency community, randomly thrown together in a confined space.

Our stay is for two weeks. What we "own": 1 roll of toilet paper (the average consumption is 17.2 sheets per day), 1 pit towel, 1 bar of soap, 1 bag, 1 Moltex blanket as a base for the sweaty beds; also 1 drinking cup, 1 soup bowl, 1 spoon (no knives and forks that could be used as weapons or tools for suicide).

For 2702 people, the temperatures are tropical and the humidity is 90 percent. Viruses thrive in this climate. That's why there is a spartan rescue room: with little medication, but with body bags.

But the worst remains the claustrophobic confinement – ​​and the boredom. There are no games or books. Instead, seats with belts and foam rubber supports in the head and neck.

We share a tension spring mattress with three people in turn; they are placed in “dormitories” of 150 as bunk beds for three people. We are allowed to rest for eight hours, the rest of the time we have to sit or take a few steps. For example the toilets with their mirrors made of polished metal plates and toilet cubicles that simply have a curtain.

"The culinary pleasure temples take care of your physical well-being," remarks the somewhat sarcastic volunteer of the Hamburger Unterwelten association. The most important thing about the compressed food (= powdered mixed food) distributed there are the 2400 calories that can be dissolved in warm water; but you can also eat them like this.

No, it would definitely not be nice here!

But it is incredibly interesting to walk through the concrete rooms and imagine this exceptional what-if situation. The fact that you get the creeps is one of the things you always take with you on a tour like this.

A bunker trip is also a vaccination against right-wing populism and for the great good of peace. This three-storey underground structure was even a "luxury bunker". There were emergency power generators, drinking water fountains and filter systems that could even pull NBC toxins out of the air. No one would have survived only an atomic bomb being dropped within a radius of two kilometers: the walls of Hamburg's largest underground bunker are much too thin for that.

Although the Nazis had built it in the last years of the war, it was "rediscovered" during the Cold War. The furnishings are original from the period between 1964 and 1969, as is the luminous paint for the exits, which remains visible 20 minutes after a total power failure.

At the latest when the doors close automatically and very quickly in the lock passage, scenes that could take place here, 12 to 14 meters below the bustling main station, run through your head - and you see the post-war period and the present a little differently again .. .

The underground bunker is located on the Steintorwall under the Hamburg main station (west side), the main station can be easily reached by underground and S-Bahn. Tours take place every 14 days, usually at 2 p.m. Tickets and exact dates online: hamburgerunterwelten.de. Important! It goes down steep stairs and has a constant 12 degrees Celsius - so wear warm clothes! The tour lasts about 100 minutes, admission: 8 euros (minimum age: 12 years).

The article is an excerpt from the recently published book "Hamburg - Abenteuer" by Matthias Kröner, Michael Müller Verlag/mm-wandern.de. The book describes 33 experiences in and around Hamburg that are extraordinary and take place away from the usual tourist routes. The author is a travel book author (fairgefischt.de).

When the war in the Ukraine began, people in Germany suddenly checked and counted: What about our bunkers in an emergency? A Swiss company shows that there are completely different dimensions to this topic. Because that offers luxury bunkers for emergencies.

‹ ›
Keywords:
DeutschlandLänderporträtsHamburgStädteporträtsStädtereisenStadtführungenBunker
Your comment has been forwarded to the administrator for approval.×
Warning! Will constitute a criminal offense, illegal, threatening, offensive, insulting and swearing, derogatory, defamatory, vulgar, pornographic, indecent, personality rights, damaging or similar nature in the nature of all kinds of financial content, legal, criminal and administrative responsibility for the content of the sender member / members are belong.
Related News