Nancy Pelosi's husband attacked, the attacker was looking for the American Democratic leader 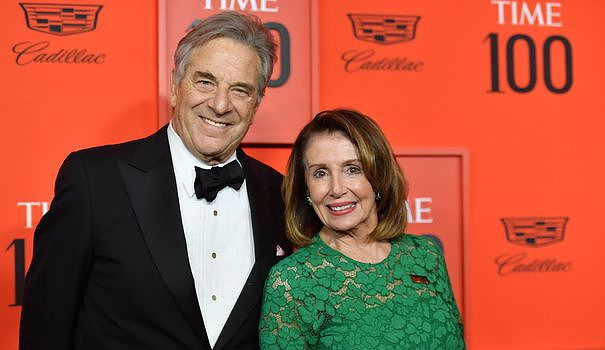 According to several American media, this 42-year-old man shouted "where is Nancy?", the first name of the 82-year-old Speaker of the House of Representatives. Ms Pelosi was in Washington at the time of the attack.

Her husband Paul Pelosi, 82, was taken to hospital, where he is receiving "excellent care", said the leader's spokesman, Drew Hammill.

The motives of the suspect, who has been taken into custody, are the subject of an investigation involving the federal police - the FBI - and the Capitol police, responsible for protecting members of Congress.

Senate Republican Opposition Leader Mitch McConnell said he was "horrified and disgusted" by the news.

In recent months, many elected officials have warned against the resurgence of violence targeting the American political class, Republican Senator Susan Collins declaring that she would not be "surprised" if an elected official or senator "gets killed".

"What was originally only aggressive phone calls now translates into threats and real violence," said the 69-year-old elected official, after an individual broke a window in her home, in Maine.

"This violence is terrifying", denounced Friday the elected progressive Pramila Jayapal, who had herself had to call the authorities when a man had gone to his home several times in July, uttering insults with a weapon at the belt.

Acts of violence against American elected officials are not new. In January 2011, Democrat Gabby Giffords was nearly killed after being shot in the head during a meeting with citizens in Tucson. But according to Capitol Police, threats against members of Congress have more than doubled since 2017, when Donald Trump was inaugurated.

Experts are particularly concerned about attacks from far-right groups. Several members of these militias are accused of having heavily armed themselves to attack the Capitol in order to keep Donald Trump in power on January 6, 2021.

During this cold winter day, thousands of supporters of the former president had plunged the capital of the United States into chaos, forcing the elected officials to evacuate the hemicycle of the House of Representatives by crawling, gas mask on the head.

Several protesters then broke into Nancy Pelosi's office and marched through the halls of Congress, shouting, "Where are you Nancy?"