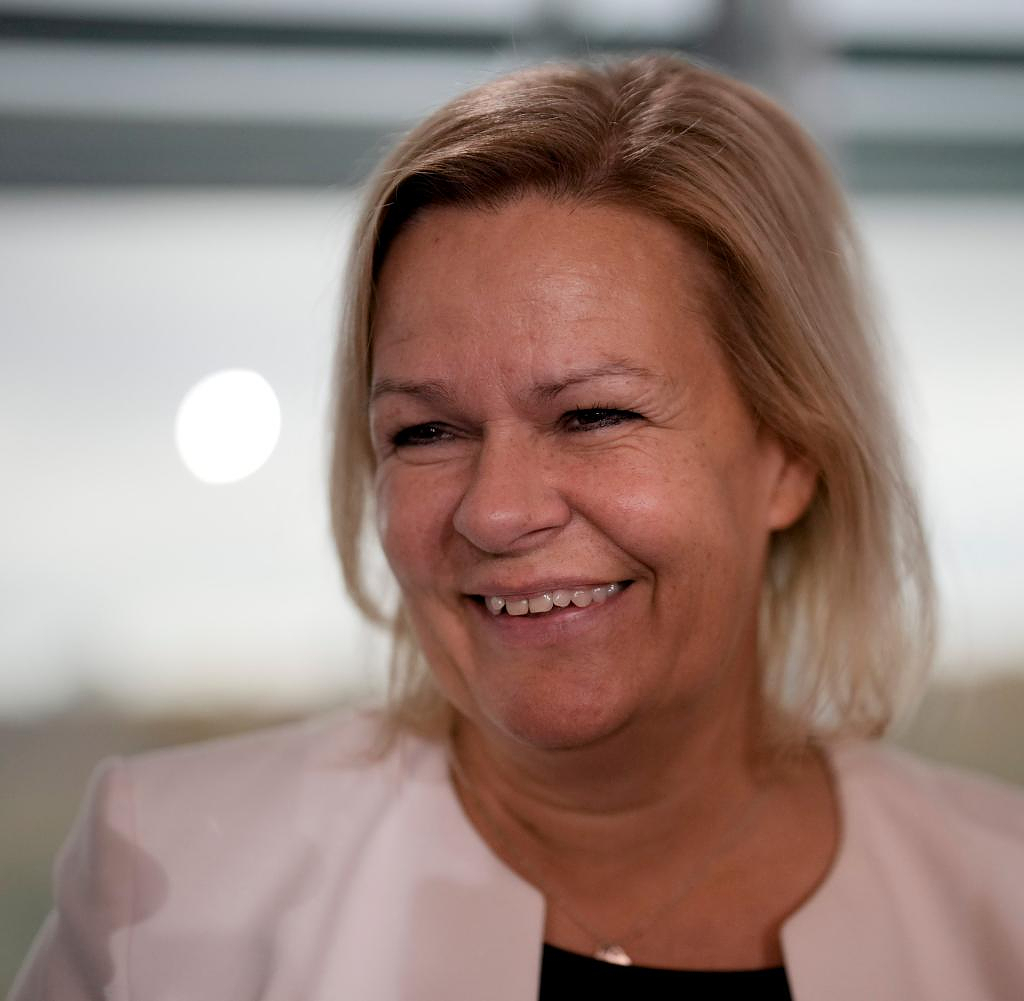 According to a media report, Federal Interior Minister Nancy Faeser (SPD) wants to significantly tighten gun laws. According to information from the "Süddeutsche Zeitung", a draft law from the Ministry of the Interior provides for a ban on particularly dangerous semi-automatic weapons for private individuals. The newspaper reports, citing the 48-page paper, that blank pistols and crossbows, which are particularly common among "Reich citizens", should in future only be available for a gun license.

The draft law should go to the other departments at the beginning of the week. The coalition agreement from the end of 2021 had planned to review the gun law changes of the past few years, but gave hardly any details about possible changes. Faeser's plans are likely to trigger a dispute in the governing coalition, reports the "Süddeutsche Zeitung". The FDP reject a tightening. Justice Minister Marco Buschmann (FDP) wants to apply existing laws more strictly instead.

According to the "Süddeutsche Zeitung", security authorities consider the widespread use of semi-automatic firearms similar to war weapons to be particularly threatening. According to the report, 225,000 of them are circulating in Germany, 60 percent of them privately owned. The type of weapon has been used time and again in amok and terrorist attacks around the world, such as the attacks in Utøya in Norway and Christchurch in New Zealand. The private ownership of fully automatic weapons is already banned in Germany.

The Ministry of the Interior wants to tighten the rules in general, reports the "Süddeutsche Zeitung". In the future, every new gun owner should submit a medical or psychological certificate of their own suitability at their own expense. So far, this has only applied to particularly young buyers under the age of 25.

Nancy Faeser has been quoted frequently with new demands and interviews since the beginning of the year. The Federal Minister of the Interior is being traded as a possible SPD top candidate for the state elections in Hesse.

After the attacks on emergency services in Berlin and other major German cities on New Year's Eve, Faeser called for the perpetrators to be sentenced quickly and harshly. “It can take a maximum of a few weeks for a verdict to be reached. This is the only way the rule of law can gain respect,” she told the “Bild am Sonntag”. "Young violent offenders must immediately and clearly feel that their actions have consequences."

She also spoke out in favor of the use of bodycams for all police officers in Germany, and in certain areas also for rescue services or firefighters. "These cameras increase the inhibition threshold of rioters to attack police officers," argued the SPD politician.

Nancy Faeser also commented again on the debate about the origin of the perpetrators in the interview: "I said clearly that there is a problem with violent criminals with a migration background who can no longer be reached with education and integration programs and who reject this society. For me, the plain text is just as important when it comes to clan crime or militant citizens of the Reich.”

CDU General Secretary Mario Czaja asked Faeser to decide immediately between the top candidate in Hesse and her position. "I expect from Ms. Faeser that she now makes it clear what she is working for - for the internal security of our state or for the election campaign in Hesse. She must confess immediately," Czaja told the editorial network Germany (RND).

‹ ›
Keywords:
Apple PodcastSPDFDPNewsteamKrimiFaeserNancyNancy FaeserInnenministeriumSchreckschusspistolenWaffenrechtArmbrüste
Your comment has been forwarded to the administrator for approval.×
Warning! Will constitute a criminal offense, illegal, threatening, offensive, insulting and swearing, derogatory, defamatory, vulgar, pornographic, indecent, personality rights, damaging or similar nature in the nature of all kinds of financial content, legal, criminal and administrative responsibility for the content of the sender member / members are belong.
Related News