The climate discourse has long since arrived in the temples of the fine arts - not just since activists discovered the museums as a stage for attacks with pea soup and mashed potatoes on masterpieces protected behind glass. 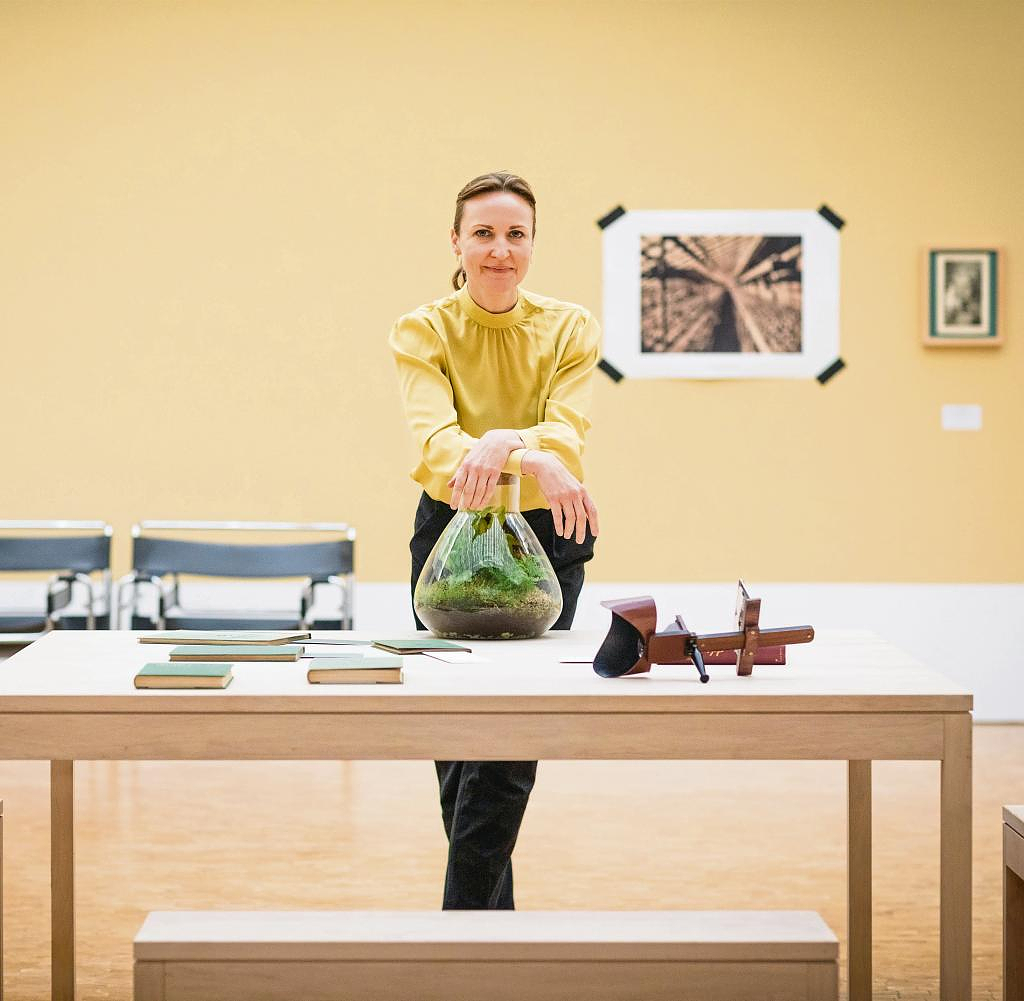 The climate discourse has long since arrived in the temples of the fine arts - not just since activists discovered the museums as a stage for attacks with pea soup and mashed potatoes on masterpieces protected behind glass. Activism from within attracts less attention than these symbolic acts.

As places of education and encounters, museums could spread visions of a better future, as the international museum council ICOM recently put it. They could assume model character and make important contributions to more sustainability and climate protection through their actions. That sounds good. Even if many houses, especially the small ones, will lack the know-how and manpower to implement such ideas. The Cologne Museum Ludwig, where the first curator for ecology has been working for a year, is taking a first step.

Miriam Szwast did not apply for this position. Rather, she created the post herself. Because she recognized the urgency of the climate issue, she, an art historian with a doctorate and photo expert with a traineeship at the Berlin State Museums, became active three years ago, she says. Until then, she worked exclusively as curator for photography at the Museum Ludwig.

After further training at the Chamber of Industry and Commerce, Szwast can now call herself a transformation manager for sustainable culture and, for the past year, has also been the official curator for ecology. “Within the culture industry, museums are something like cruise ships,” says Szwast: “They are the biggest emitters of CO₂. More than theatres, concert halls, libraries.”

In the entrance to the Ludwig Museum, the double curator has placed planted clip-on glasses on a huge shelf. These closed ecosystems are called floralia, and they need nothing but light. Together with colleagues, Szwast created and tended these mini gardens. Well, arranged on the shelf, they open the current exhibition. Pictures of plants from the first three decades of the 20th century are collected here under the title “Green Modernity”.

In the critics' survey of WELT AM SONNTAG (NRW issue no. 50 of December 11), the exhibition found a mixed response. It was sharply criticized as an "eco-Sunday school", one critic missed the scientific distance. On the other hand, the "green modernity" was praised for its staging, even highlighted as the best in this field.

A discrepancy that mainly has to do with the fact that some looked more at the historical topic, i.e. at the pictures in the exhibition. The others focused more on the staging as an experimental field where steps related to sustainability and climate protection are tested. The spectrum of measures presented there ranges from a recyclable exhibition architecture to the explanatory texts that were not applied to the wall with foil and glue, but by the sign painter with a brush and environmentally friendly paint.

Szwast has also equipped the “Green Modernism” entirely with works from its own stock, thus conserving resources in packaging and transport. She discovered a great deal of greenery in the Museum Ludwig collection – expressionistic proliferation and blossoming, factual interior shots with rubber trees in the living room. Cacti on the window sills of the avant-garde around 100 years ago. Growth in time lapse or amorphous between plant and female body. This time there was no loan at all. What the curator didn't find in the fundus, she hung up as a reproduction. And as an exception, the catalog is only available online, but for free.

An attempt in which many registers are pulled, which gives suggestions and food for thought. And which makes it clear where material and energy are consumed and how savings can be made. This is certainly not the case with every exhibition. But it will certainly be possible to take up individual measures again and again in the future. The green ambition in Cologne and elsewhere has recently received a boost: In view of the crisis, the state's museums should reduce their energy consumption by twenty percent, according to the federal government.

In Herne, too, you will soon be able to visit climate efforts - in the Museum of Archeology of the Regional Association of Westphalia-Lippe. A sustainability project is running there that wants to start a test balloon with the exhibition "Graben im Gestern" in autumn 2023. The first harvest will probably be due on the roof garden in the Ludwig Museum at this time. Szwast had raised beds set up there, which were made from disused transport crates and invite you to garden, harvest and eat together.

Lots of ideas that of course didn't just mature in her head alone - which Szwast emphasizes. The curator is visibly proud of the new community in the house. Around half of the approximately 60 employees meet regularly in the specially formed sustainability team to make plans together. Apparently, people don't just think ecologically, but also socially.

“In a museum system that runs one exhibition after the other, there is little time and space to take action for the climate in a healthy way,” says Szwast. It was only gradually that she realized that. "People also talk about the socio-ecological turnaround that we need, because the social and the ecological are absolutely intertwined."

After the curator had already infected many employees with her enthusiasm, it is now the audience's turn. In the "Green Modern" area, tables, pens and waste paper are available for thinking about sustainability. A plant grid hangs on the wall for attaching notes, so that a collection of ideas grows paper by paper. "It is important to me to show how creative, sensual and joyful the transformation can be, how much we have to gain - for us personally, for us as a society."

At the end of the exhibition there will be a big giveaway event under the motto: "Recycle the Exhibit". Then maybe you can take one or the other floralie from the museum entrance. May the green spirit in the jar continue to grow and bloom on the windowsill at home.

‹ ›
Keywords:
NordrheinWestfalenKölnMuseenMuseum Ludwig KölnNachhaltigkeitÖkologieKulturKlimaschutzKlimawandelAusstellungen
Your comment has been forwarded to the administrator for approval.×
Warning! Will constitute a criminal offense, illegal, threatening, offensive, insulting and swearing, derogatory, defamatory, vulgar, pornographic, indecent, personality rights, damaging or similar nature in the nature of all kinds of financial content, legal, criminal and administrative responsibility for the content of the sender member / members are belong.
Related News