“Mosquitoes break all the rules about how animals smell” 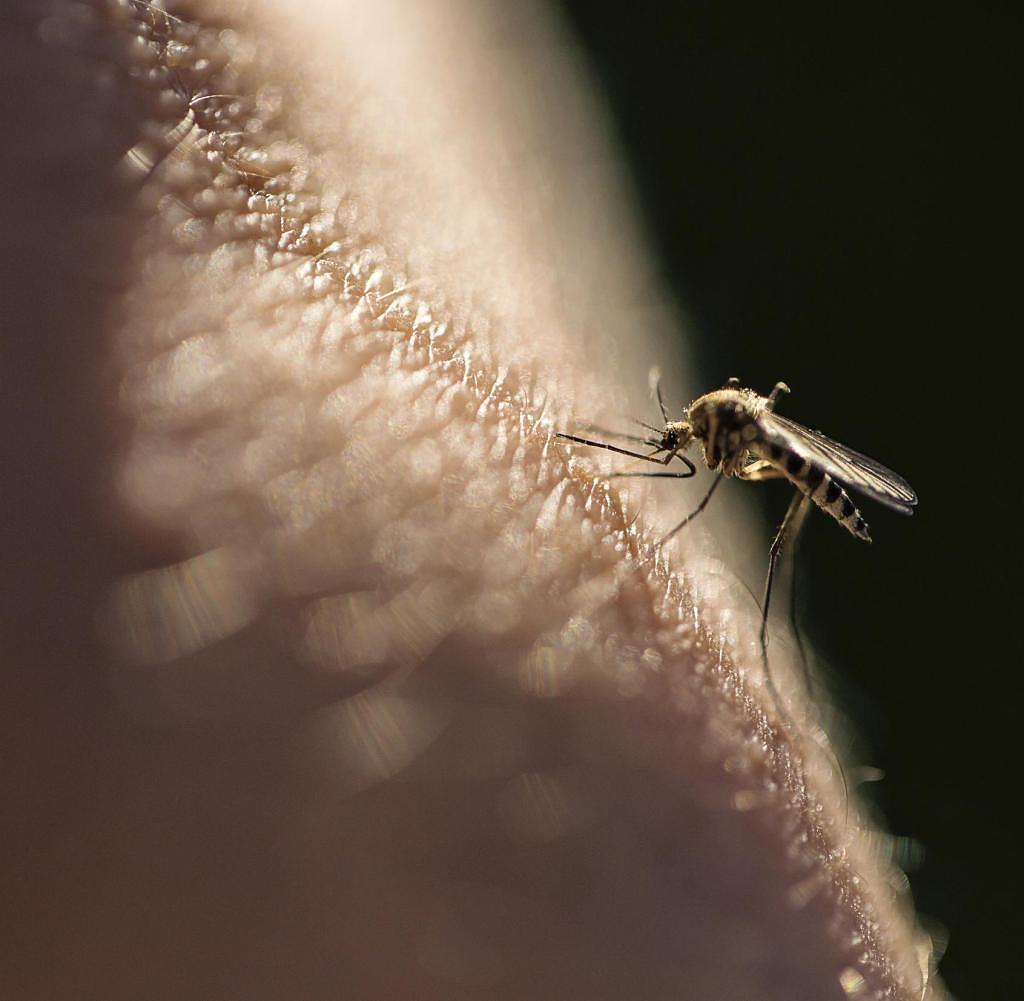 The very unusual structure of their olfactory cells apparently makes disease-carrying mosquitoes particularly efficient at hunting human blood. This is what a research team led by Margaret Herre from New York's Rockefeller University writes in the journal Cell. The scientists showed in the laboratory that the olfactory neurons of the Egyptian tiger mosquito (Aedes aegypti) work fundamentally differently than the generally recognized principle of the olfactory mechanism would lead one to expect.

"Mosquitoes break all of our favorite rules about how animals smell things," Herre said, according to a Cell release. Roughly speaking, an olfactory neuron in the tiger mosquito is not specialized for a few odorants, but jumps on more molecules. The researchers assume that the special structure of their olfactory neurons increases the mosquitoes' ability to perceive exhaled carbon dioxide or CO₂ and the various body odors of humans.

The tiger mosquito is a feared vector of viral diseases such as dengue, zika, yellow fever and chikungunya fever. The female animals sting and suck blood so that they can reproduce. The preferred victims are us humans.

Mosquitoes find us by following CO₂ from breath and body odors. These consist of a mix of hundreds of different fragrances such as alcohols and ammonia. The mosquitoes recognize the substances with the help of sensory cells, so-called olfactory neurons, on their antennae.

But how exactly is the olfactory information processed? There is a kind of dogma among researchers that in animals each neuron carries only a single type of receptor. This receptor responds to very specific chemical compounds in the air. When the receptor is activated, the neuron sends a signal to the brain. The brains behind this principle - each neuron carries only one type of receptor - are Linda Buck and Richard Axel, who were awarded the Nobel Prize in 2004.

Based on these findings, researchers tried to switch off the mosquito receptors. The hope: certain neurons of such manipulated animals no longer transmit to the brain and human prey is no longer flown to. But the approach didn't work, the mosquitoes found their target anyway. Why?

In the new study, the research team showed that the neurons of mosquitoes carry not just one but several receptors. "You could throw all the rules of Buck and Axel in the bin with the mosquitoes," says one of the authors Leslie Vosshal, according to a statement from her institute. The researchers expected massive skepticism about their results, after all they contradicted the generally accepted dogma.

They therefore confirmed their findings in a whole series of experiments. They also showed that the same neuron can be activated by two very different substances.

‹ ›
Keywords:
MückenGeruchssinnBlutInsektenZoologieÄgyptischen TigermückeGesundheitNeuronMoskitoMargaret HerreMücke
Your comment has been forwarded to the administrator for approval.×
Warning! Will constitute a criminal offense, illegal, threatening, offensive, insulting and swearing, derogatory, defamatory, vulgar, pornographic, indecent, personality rights, damaging or similar nature in the nature of all kinds of financial content, legal, criminal and administrative responsibility for the content of the sender member / members are belong.
Related News