Russia is bringing its accusations, criticized by the West as unfounded, that Ukraine is planning to use a “dirty” radioactive bomb in the war before the UN Security Council. 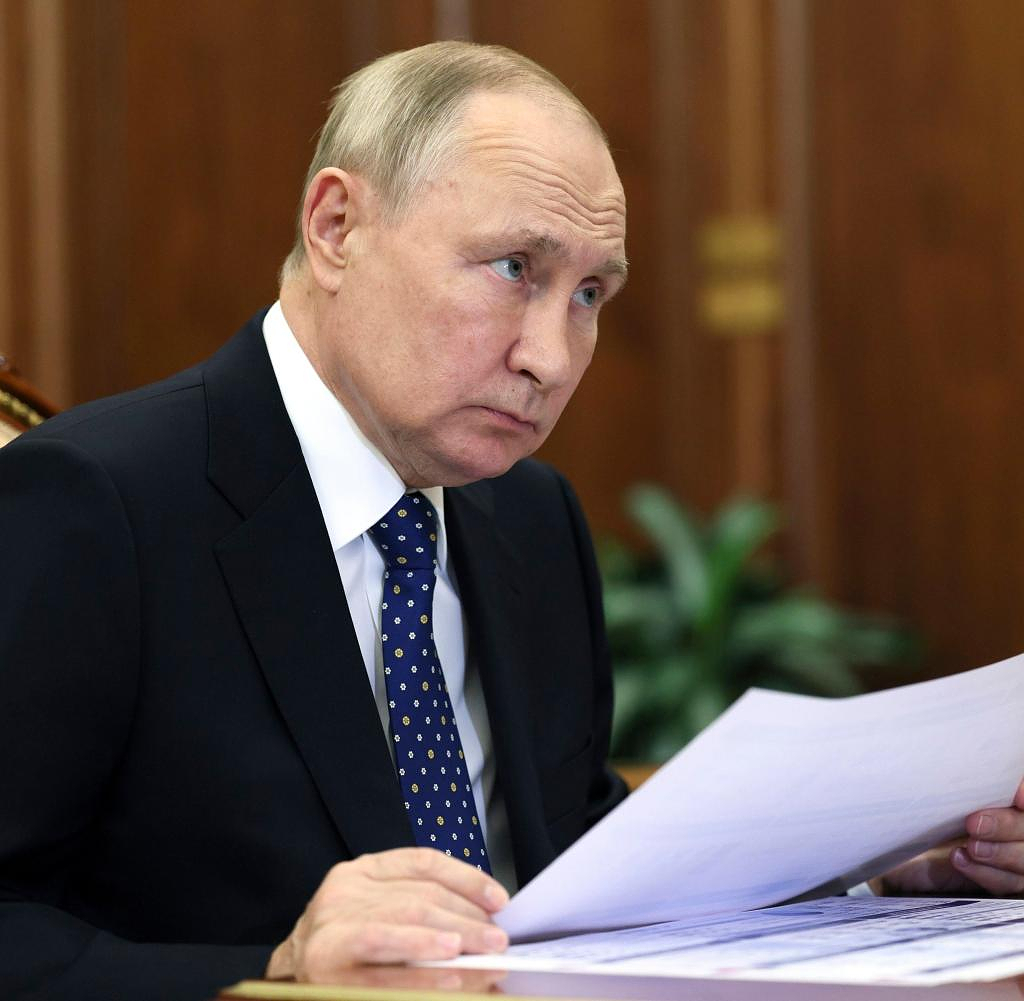 Russia is bringing its accusations, criticized by the West as unfounded, that Ukraine is planning to use a “dirty” radioactive bomb in the war before the UN Security Council. A corresponding discussion of the most powerful body of the United Nations behind closed doors is to take place on Tuesday after a meeting on the conflict in Syria - probably in the early afternoon (local time). This was announced on Monday from diplomatic circles in New York.

Despite Western rebuffs, Russia is sticking to the claim that Kyiv wants to discredit Moscow with a “dirty” – i.e. nuclear-contaminated – bomb. Russia made the allegations public on Sunday, while Ukraine, the United States, France and Great Britain rejected them. Foreign Minister Sergei Lavrov said there was "concrete information about the institutes in Ukraine that have the technology to build such a 'dirty bomb'".

Meanwhile, Kyiv itself requested inspection by the International Atomic Energy Agency (IAEA). In the coming days, experts from the organization would examine two Ukrainian nuclear facilities that had been mentioned by Russia, IAEA chief Rafael Grossi announced on Monday evening. However, these locations would be regularly inspected by the IAEA anyway, one of them most recently in September. "No unknown nuclear activity or materials were discovered there."

US National Security Council communications director John Kirby said Monday that there was absolutely no truth to the Russian claim. "It's just not true. We know it's not true," Kirby said. "We have seen in the past that the Russians have occasionally blamed others for things they intended to do." NATO Secretary General Jens Stoltenberg urged Russia not to use its "false claim" about a nuclear-contaminated bomb as an excuse for a further escalation of the war against Ukraine.

Eight months after the start of the Russian war of aggression, Ukrainian President Volodymyr Zelenskyy attested to Moscow's failure on a broad front. "Ukraine is breaking the so-called second strongest army in the world," Zelenskyy said in his video message distributed in Kyiv on Monday evening. Referring to the start of the war eight months ago, on February 24, the President said that Russia's military influence had fizzled out today. "The feeling of defeat in Russia is growing," said Zelenskyy. The country is becoming increasingly isolated internationally.

Zelenskyy said, referring to Moscow's allegations about the "dirty bomb", for example, Russia must now beg Iran for drones and invent "various nonsense" about Ukraine in order to obtain concessions from the West. Russia had previously claimed that chemical and biological weapons were being developed in Ukraine. There was no real evidence of that either.

Zelenskyi reiterated that despite Russian attacks, Ukraine has defended its independence and continues to liberate its occupied territories every day. At the same time, the head of state warned not to let up in the fight against Russia and to continue fighting until victory. Among other things, Zelenskyj swore the country to a winter "which will be the hardest in our history" in view of the energy plants destroyed by Russian missiles.

The White House reiterated that the US will not hold direct negotiations with Russia without Kiev's participation. That's what they said from the start, "and that remains the approach," said National Security Council communications director John Kirby on Monday. Earlier, in a letter to the White House, 30 members of US President Joe Biden's Democratic Party suggested keeping the door open for direct negotiations with Moscow in order to bring about a quicker end to the war. Kirby emphasized that from the US point of view only the Ukrainians should decide on negotiations.

Zelenskyy thanked the West again for the comprehensive help in the fight against Russia. Federal Finance Minister Christian Lindner (FDP) wants to increase the funds for military support to Ukraine in the coming year. According to the ministry, the funds should increase to at least two billion euros in the next year, so far around 800 million euros have been provided for in the draft budget.

Specifically, it is about military "training aid". In a letter to Lindner, Defense Minister Christine Lambrecht (SPD) and Foreign Minister Annalena Baerbock (Greens) had previously requested significantly more money for military support for Ukraine in the coming year than previously planned. In the current budget, spending funds of two billion euros are therefore estimated.

Ahead of the Ukraine conference in Berlin on Tuesday, the Ukrainian government is urging investments in the country's infrastructure to be promoted. "It is important to understand that regardless of the war, reconstruction must begin now," Regional Development Minister Oleksiy Chernyshev told the German Press Agency. Reconstruction in the reconquered areas was also in Germany's direct interest. "The faster we restore the infrastructure, especially the social infrastructure such as hospitals, day care centers and schools, the faster the Ukrainian refugees will come back." That would also reduce the costs of caring for refugees in Germany.

Ukraine hopes Germany will transfer $500 million a month to fund its wartime budget. "It's about a reliable schedule - at least for the next six months," said Zelenskyi's economic adviser, Alexander Rodnyansky, to the newspapers of the Funke media group (Tuesday). “We need four to five billion dollars for our budget every month. We believe that Germany could take on around $500 million a month, especially with a view to 2023.” Ukraine hopes that the EU will contribute around $2 billion a month.

At the invitation of Chancellor Olaf Scholz (SPD) and EU Commission President Ursula von der Leyen, international experts will discuss the reconstruction of Ukraine after the end of the war on Tuesday. Prime Minister of Ukraine Denys Schmyhal will also take part in the conference. Scholz and von der Leyen have described reconstruction as a "generational task" and called for a "Marshall Plan" for the country attacked by Russia - modeled on the US reconstruction program for Germany and all of Europe after World War II.