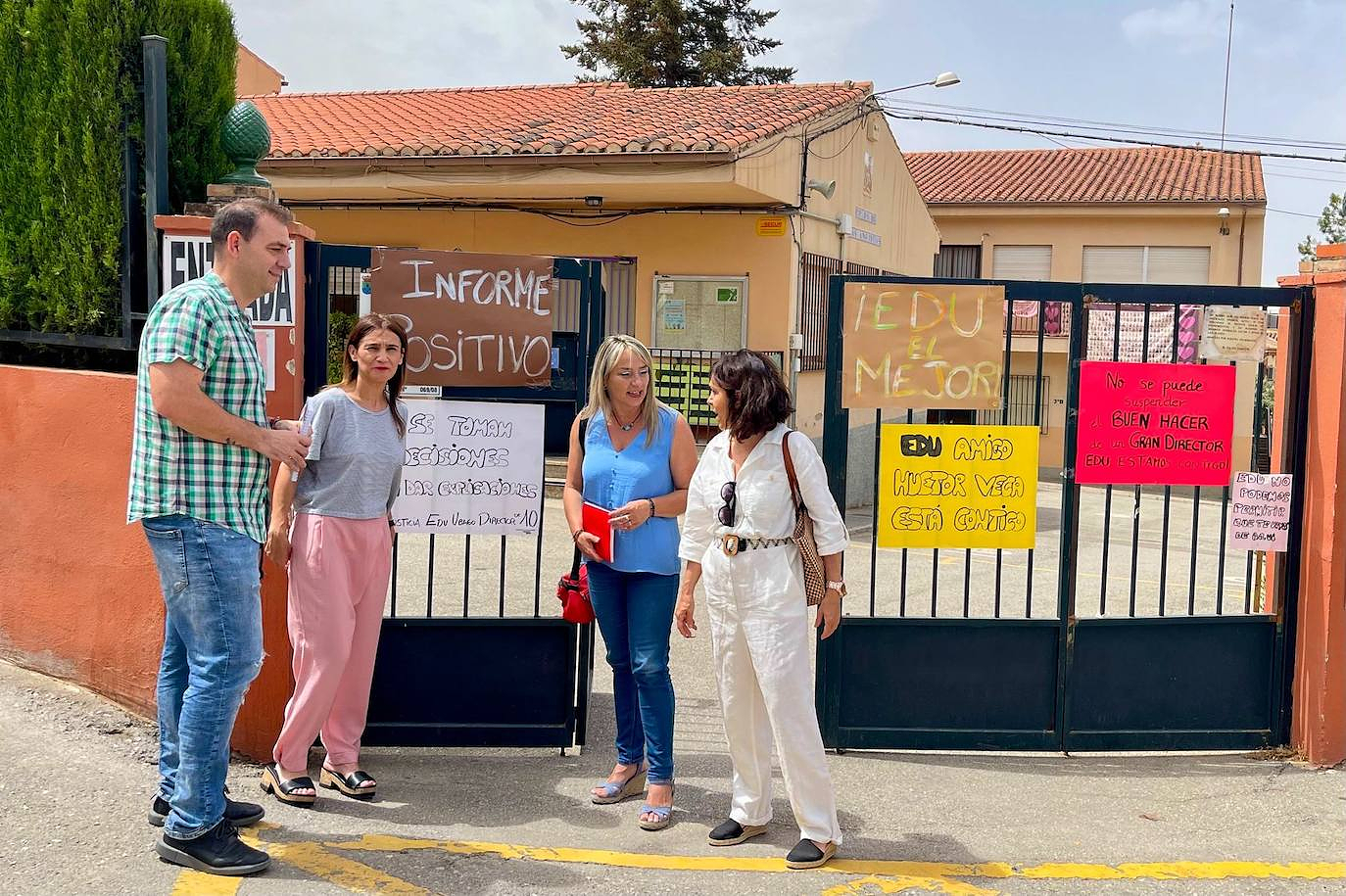 The PSOE of Granada asked Moreno Bonilla for clarification on the dismissal of the CEIP Nuestra Senora de las Angustias de Huetor Vega director. It has also announced that it will be registering a letter to discover the reasons behind the decision that has caused "discontentment and discomfort>>" in the educational community.

After meeting with representatives of AMPA of the aforementioned centre, Maria Angeles Prieto, Andalusian Parliamentarian and Secretary of Municipal Policy of PSOE of Granada Manuel Garcia Cerezo and Carolina Higueras, spokesperson for socialist municipal group in Huetor Vega City Council and Olga Manzano, the Andalusian parliamentarian has confirmed the "discontentment and discomfort" and announced that she would "register a letter with the Ministry of Education in order to discover the reasons for making that the Board to take that decision to make that."

The socialist stressed that more than 1,000 signatures were received from members of the educational community to endorse the educational project. It has been supported and approved by students and parents as well as mothers and fathers over the past four years.

Manzano, who transferred support for the PSOE in Granada to representatives of Hueteno's educational community, regretted that, in this new situation, the Andalusian Government Education delegate has abandoned sitting down with an AMPA. This is exactly what happened with the Sierra Nevada AMPA from the CEIP Nuestra Senora de las Angustias de Huetor Vega>>.

Carolina Higueras spokeswoman for the socialist municipality group in the Huetor Vega City Council. She criticized the fact "that more than a thousand signatures were collected in one weekend" and the concentration of about three hundred people at the school doors to ensure that the highest provincial responsible Education of the Board meets the demands of the AMPA.

"The Association of Mothers and Fathers of Students has made an appearance in the Delegation to request an appointment in person with the delegate. This was granted on Wednesday. They informed him that it wasn't going to be with delegate, but with Service Headquarters Inspection," he said.

Higueras also criticised the "certain obscurantism” surrounding this case because the Delegation doesn't want to give the evaluation report that inspectors have given to the director of school. This is despite an innovative educational project that was based on values. The boys and girls have done well, and their families are happy.

"As they have transferred them from the AMPA now the fruits are beginning to be visible and we are pleased that these people are going to keep fighting for the continuity an educational project with its Director at the helm." stressed the socialist. He stated that the socialist municipal group in Huetor Vega City Council we will continue to support their side and vindicating all they are doing, because it is justice>>.

‹ ›
Keywords:
PSOEPideMorenoBonillaAclareCeseDirectorCeipSenoraAngustiasHuetorVega
Your comment has been forwarded to the administrator for approval.×
Warning! Will constitute a criminal offense, illegal, threatening, offensive, insulting and swearing, derogatory, defamatory, vulgar, pornographic, indecent, personality rights, damaging or similar nature in the nature of all kinds of financial content, legal, criminal and administrative responsibility for the content of the sender member / members are belong.
Related News