More vegetables and fish for more fitness in space

Longer stays in space pose an immense challenge for the body: the absence of gravity affects muscle mass and bone density, and there is also the exposure to cosmic radiation. 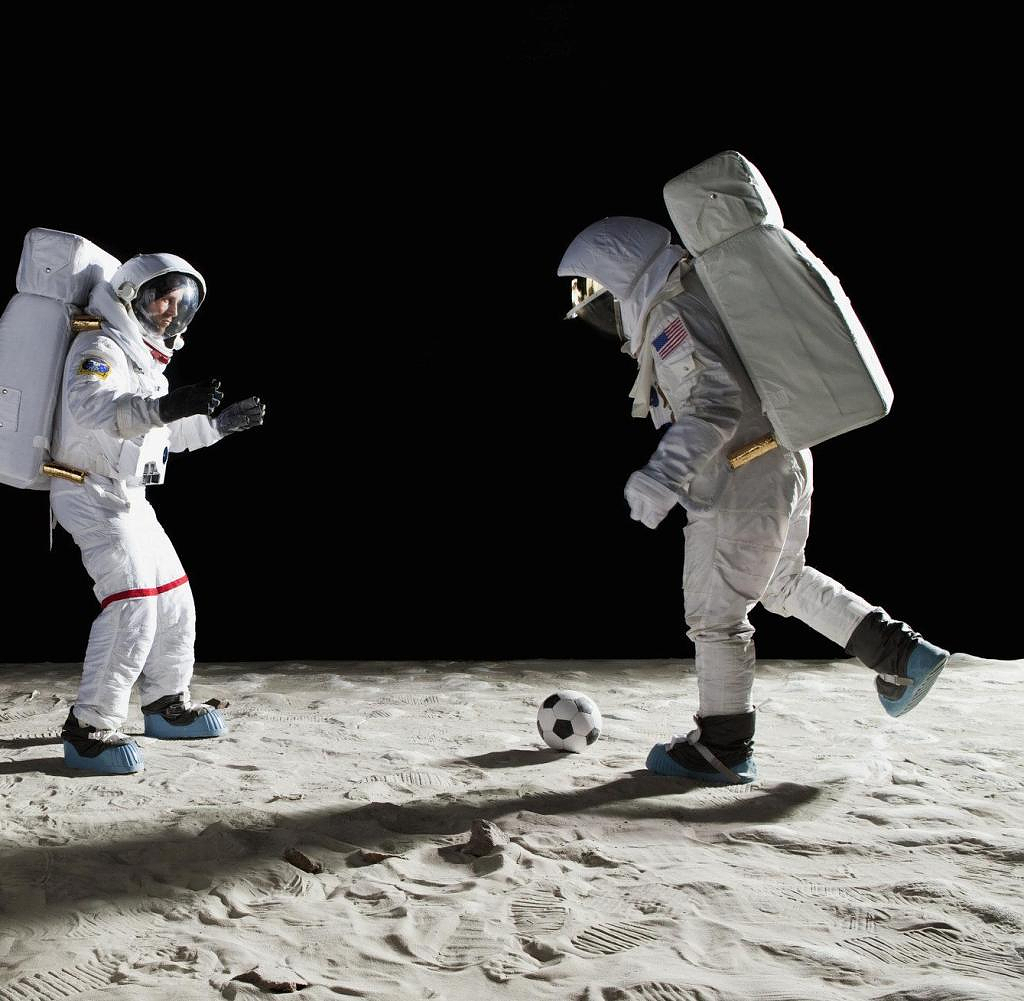 Longer stays in space pose an immense challenge for the body: the absence of gravity affects muscle mass and bone density, and there is also the exposure to cosmic radiation. Especially on long-term missions, astronauts could benefit from a diet rich in fruit, vegetables and fish, report nutritionists from the US space agency Nasa in the journal Scientific Reports. Such a diet could therefore not only alleviate the health consequences of time in space, but also make astronauts more efficient.

The astronauts of the first manned missions in space not only needed a pioneering spirit, but also an undemanding stomach: Yuri Gagarin, Neil Armstrong and their successors still squeezed their meals out of tubes, freeze-dried snacks brought a little variety.

With space travel, however, nutrition also developed. Today, for example, the crew of the International Space Station ISS can choose from a whole range of different dehydrated and vacuum-packed meals, adapted to individual cultural differences or special diets. Bonus meals are sent to the station on special occasions. For example, as NASA explains when asked, the most recent cargo resupply mission on November 27 brought long-life salmon, duck breast confit and a variety of sweet desserts to the station so that space travelers could treat themselves to something special for the holidays. There were also instructions on how to put together a Christmas menu from the standard food that was already available.

But even if astro nutrition no longer has much to do with the tube food of the past, scientists around Nasa nutritionist Grace Douglas still see considerable potential for improvement - especially with regard to a menu that is optimized for health. This is suggested by a study for which the team simulated the lives of ten men and six women at the Johnson Space Center in Houston under space conditions: They lived in groups of four for 45 days each in the so-called Human Exploration Research Analog (HERA). This research facility aims to simulate the living conditions of a space mission as realistically as possible.

During their stay, the subjects received either the standard diet that the astronauts eat on the ISS or a menu that included larger portions, six units of fruit and vegetables a day with a greater variety and two to three times a week fish and other sources of omega 3 fatty acids. In order to meet the requirements of real space missions, care was taken with all foods that they took up little space, were light and had a long shelf life. As an example, a photo released to accompany the study shows three plastic bags containing freeze-dried shrimp cocktail, butternut squash, and steamed red cabbage being rehydrated for consumption.

During the study, participants provided saliva, urine, blood, and stool samples and completed cognitive tests. In these, the men and women with the extended menu were faster, more attentive and more accurate. In addition, their cholesterol levels were lower, as were the concentrations of the stress hormone cortisol in their blood. The nutritionists also found that they also had a more stable microbiome in their gut with an expanded diet.

All of these advantages could be even more pronounced under real space conditions, the authors suspect. It is conceivable, for example, that the immune system would improve. However, further investigations are needed here.

However, there were no differences in calorie intake: Both the test subjects with the standard diet and those with the optimized diet consumed about a fifth fewer calories than their energy requirements would actually dictate, which was accompanied by a corresponding weight loss. This phenomenon is known from real missions and is related, among other things, to the fact that weightlessness affects appetite.

After all, both groups ate about the same amount, the authors write: "This suggests that the higher proportion of vegetables, fruit and fish in the improved diet was just as acceptable as the standard diet, which in contrast contained more high-energy desserts, snacks and contained starchy side dishes.” However, the researchers did not ask whether the test subjects also liked the food.

‹ ›
Keywords:
RaumfahrtAstronomieFahrstuhl Ins WeltallTexttospeechScientific ReportISS (Internationale Raumstation International Space Station)Apple PodcastErnährungWeltraum
Your comment has been forwarded to the administrator for approval.×
Warning! Will constitute a criminal offense, illegal, threatening, offensive, insulting and swearing, derogatory, defamatory, vulgar, pornographic, indecent, personality rights, damaging or similar nature in the nature of all kinds of financial content, legal, criminal and administrative responsibility for the content of the sender member / members are belong.
Related News